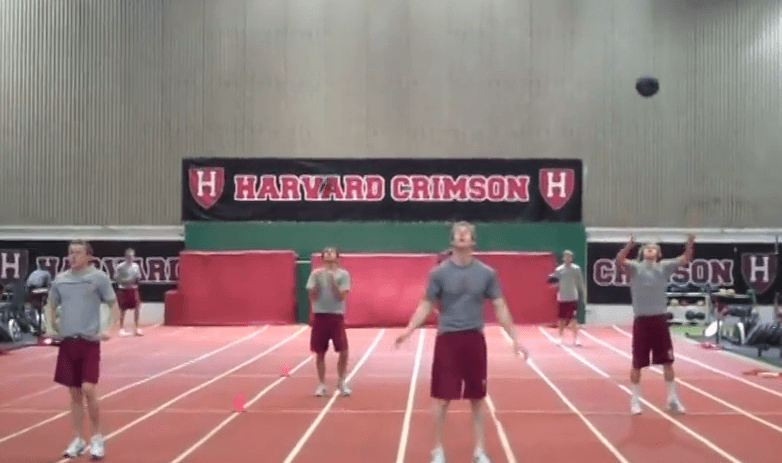 Harvard might be better known for its academic traditions, but the Crimson have a fine swimming heritage as well.

David Berkoff, multi-Olympic gold medalist and former world record holder in the 100m backstroke went to school and trained here during the late 1980’s. Recent grad Alex Meyer placed 10th at the London 2012 Olympics in the 10km open water race, and has stayed on as an associate coach with the varsity team.

In this motivational behind-the-scenes look at the Harvard Swimming & Diving men’s team doing dryland we see the Crimson performing a variety of resistance training and plyometrics.

Some of the standards are in here; squats, lunges and basic lifts. The Crimson men also make use of one of the newer tools to hit athletic departments in recent years — battle ropes and weighted sleds.

The head coach at Harvard is Kevin Tyrrell, who took over from Tim Murphy in the summer of 2013. Tyrrell was formerly an assistant under Murphy, where they led the Crimson to a 31-4 dual meet record over four years.

Here is the video, enjoy!