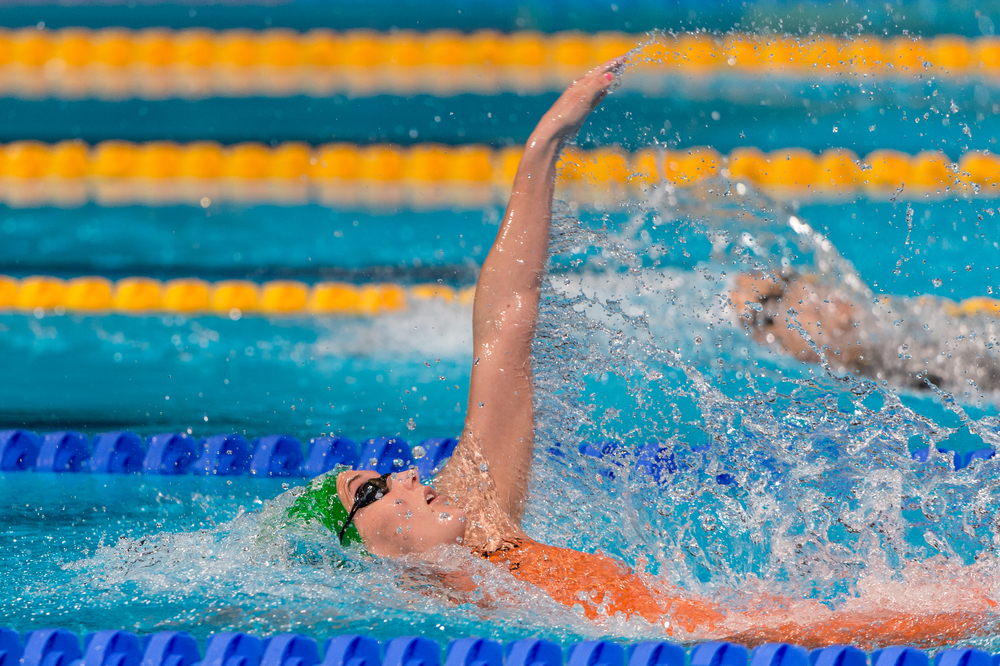 The 100m backstroke world record is overseen and monitored by FINA, the world governing body for the sport of competitive swimming (among other aquatic sports as well including synchro, diving and water polo).

Backstroke is unique in that it is the only event that is allowed to be performed on the backside, with the other three strokes being done with the swimmer facing the bottom of the pool.

The men’s WR has only been tracked by FINA since 1956, even though backstroke events were competed as far back as the 1900 Olympic Games. The first record holder on file is David Theile of Australia, who swam a 1:02.2 in Melbourne in December of 1956.

Over the years since the event has been largely dominated by Americans, with the exception of a 5 year period from 1967-1972 where Roland Matthes of West Germany was absolutely dominant, lowering the world record a stunning 7 times from 58.4 to 56.30 at the Munich Games.

From there several legendary names in American swimming would take turns at the record, with John Naber, Rick Carey, David Berkoff (who would instigate changes to how long backstrokers could perform underwater dolphin kicks for), Jeff Rouse, Lenny Krayzelburg, and finally, the current world record holder Aaron Peirsol.

Peirsol has broken the mark at six different points, the last time where he reclaimed the WR from Spain’s Aschwin Wildeboer who held it for exactly a week. The current mark for the men’s long course 100m backstroke is 51.94, done in the summer of 1009 in Indianapolis.

The short course mark is currently by the USA’s Nick Thoman, in a time of 48.94 performed in December of 2009. Of note is Ryan Lochte on the list of people who have broken the SCM 100m back WR. He was the first swimmer to break 50 seconds in the event, swimming a 49.99 in April 2006 in Shanghai.

American Cathy Ferguson is the first woman to hold the WR in this event long course. She swam a 1:07.7 at the Tokyo Olympics in 1965. From 1973 to 1984 East Germans would repeatedly lower the mark, with Ulrike Richter, Kornelia Ender and Rica Reinisch all taking turns at it. Richter in particular would best the WR a whopping 8 different times.

The legendary Krisztina Egerszegi of Hungary would take ownership in 1991 in a time of 1:00.31. That time would have lasted 11 years if not for the almost certainly tainted swim by China’s He Cihong during the World Championships in Rome during 1994, a meet that was rife with suspicion of state-sanctioned doping by the Chinese.

American Natalie Coughlin would be the first woman to break the minute barrier in 2002, breaking it another 4 times, leaving the record at 58.97 at the 2008 Olympic Trials. Two different swimmers would lower it further at the 2009 FINA World Championships in Rome, first Russia’s Anastasia Zuyeva in a time of 58.48, and ultimately Gemma Spofforth of Great Britain, whose time of 58.12 is the present world best.

In short course meters, Shiho Sakai of Japan destroyed Natalie Coughlin’s world record of 56.51 with first a 56.15, and then a 55.23 in November of 2009. Sakai’s time is presently WR in SCM meters for this event.