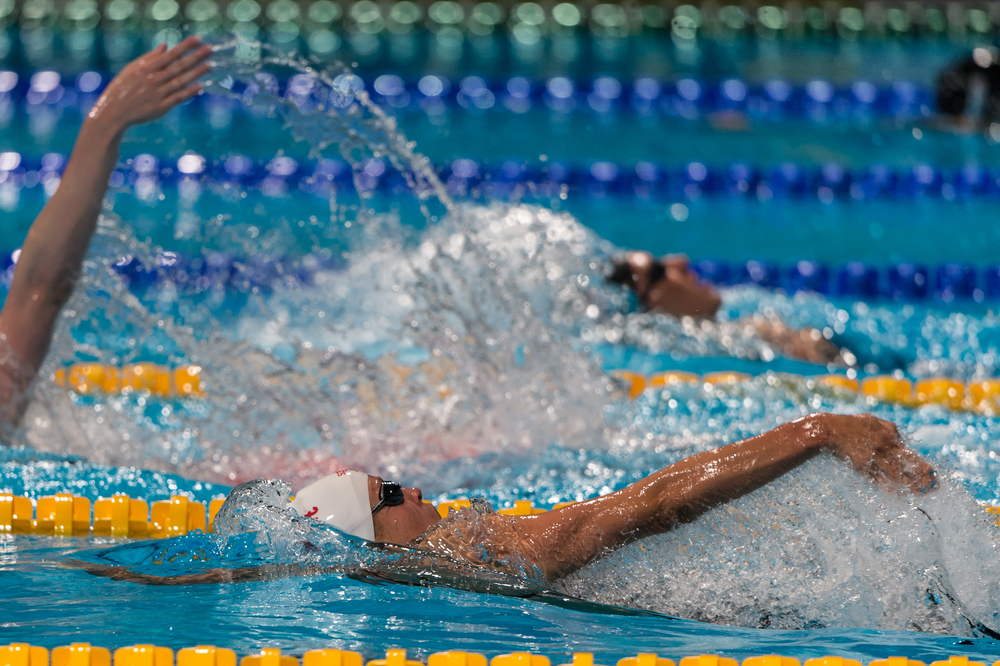 The 50m backstroke world record is overseen and monitored by FINA, the governing body for aquatics. While this event has been around for much longer, the world records for each sex and in long course and short course meters has only been recognized since the 1990’s, similar to the 50’s in the other three strokes.

This backstroke event is not competed at the Olympic Games, although it is swum by both men and women at the FINA World Championships, a meet that is held every two years, and most recently in 2013 in Barcelona.

The long course record on the men’s side hasn’t changed hands in the 20 years that it has existed. Initally held by American Jeff Rouse, who also held the world record in the 100m backstroke at one time, is the first name on paper, having posted a 25.13 in 1993 at the Robert Burns Invitational in Edinburgh, Scotland. Fellow American Lenny Krayzelburg would be the next to break, also becoming the first to crack the 25 second barrier in a time of 24.99.

Liam Tancock, the current world record holder, lowered the mark three times in the span between 2008-2009. Presently the world record is 24.04, a mark that Great Britain’s Tancock swam in the finals at the FINA World Championships in August of 2009 in Rome.

The short course mark has seen more action, having been broken 15 times over the same time period as the LC record. The current holder of the SCM mark is Peter Marshall of the United States, in a time of 22.61 swam at the Singapore stop on the FINA World Cup circuit in November 2009.

Germany’s Sandra Volker was the first to set the world mark on the lady’s side in long course meters in a time of 29.00 back in 1997. She lowered it three more times to 28.25, and then a succession of American, Russian, Australian, Chinese and another German would continue the assault on the world record, with it being broken by 4 different swimmers in the summer of 2009.

The current holder is Zhao Jing, who has swum the race .32 seconds faster than any other woman on the planet. The Chinese swimmer posted the time – similar to the men – at the 2009 FINA World Championships in the midst of the polyurethane suit frenzy.

On the short course side of things, Germany’s Volker was again the first name in the books, with a 27.27 set at the European Championships in Sheffield, England in 1998. China’s Zhao Jing again makes an appaerance, lowering the mark twice in November of 2009, while also becoming the first woman to swim the race in under 26 seconds (25.82).

The current world record holder is Sanja Jovanovic of Croatia, who broke Jing’s record just over a month later at the European Championships in Istanbul, Turkey in a time of 25.70.