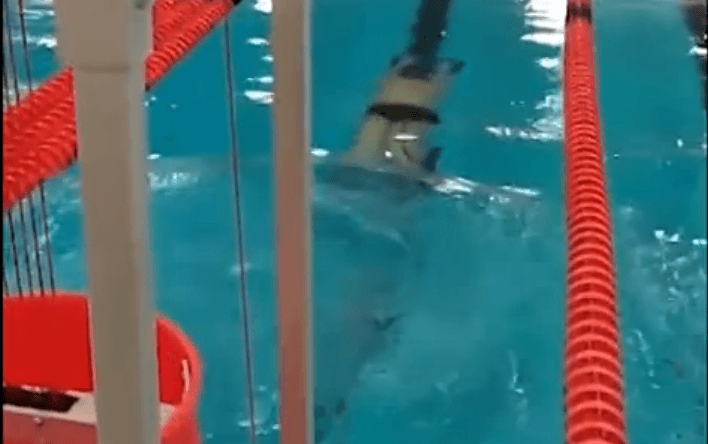 In this video, again done by North Carolina State Swimming, we get a glimpse at the Wolfpack men engaging in some power and speed work. Using various types of equipment, including a Power Tower, while also doing some vertical kicking and swimming against resistance with parachutes.

Athletes in the video include Kohl Hurdle, Jake Matysek, and Max Litvinov. The video was filmed by head coach Braden Holloway.

The NC State Wolfpack has been coached by Braden Holloway, who himself is a NC State grad (2001) for the past couple years.

At the 2014 NCAA Championships the Wolfpack men (quite possibly the best team name going) the men’s team placed 13th, which was highest among the teams in their conference (the ACC), an improvement on last year’s 15th place finish, and their highest since 1979.

The women placed 16th, also the highest they have placed in over 30 years. Seven of the NC State women were also recognized with First Team and Honorable Mention All-American honors.