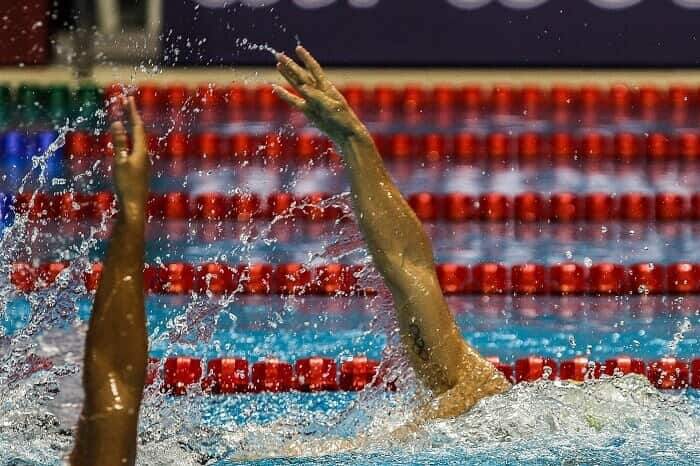 Among kicking drills there are fewer that are more effective, accessible and versatile as getting vertical with your kick work. Here is everything you need to know about vertical kicking.

Want to add a shocking amount of propulsion and power to your freestyle kick? Learn to fully use your core when kicking? How about improve your upkick so that your kick is more even, balanced, and ultimately, faster?

You, my chlorinated homeslice, should line up for the most versatile of freestyle kick drills, vertical kicking.

Granted, vertical kicking might not look outwardly pleasant—you are in a battle to keep your face and mouth above the water-line after all—but adding it to your repertoire can help you improve your kick in ways that using a traditional kickboard cannot.

Michael Phelps swore by it in developing the deadliest underwater dolphin kick the sport has ever seen. It can be used across all four strokes, with varying intensity and resistance from beginner to Olympic level, and requires only a corner of the deep end of the pool.

Some of the benefits of incorporating vertical kicking into your swim training include:

1. Going vertical allows you to really focus on kicking from the core.

This goes especially for swimmers who struggle to kick from their core and hips or you knee and straight-leg scissor kickers. Vertical kicking puts you in a position where it is easier to focus on initiating the kick from your mid-section.

When we are on our front we tend to relax our belly; going vertical gives you the opportunity to really feel the kicking motion as it should–originating from your core.

2. Vertical kicking forces you to hammer down on the upkick.

Our upkick (or downkick for you backstrokers) will never be as strong as our downkick. We lack the musculature to make a completely even-powered kick a reality, but that doesn’t mean that the “weak” side of the kicking motion should be neglected.

Too often you see swimmers slacken completely on the upkick in a moment of recovery instead of using it as a moment to gain propulsion.

3. Vertical kicking forces you to maintain an even kicking motion.

Kicking takes it out of you. For the amount of propulsion gained the effort might not seem like it is worth it. And so you kick your little heart out for a few lengths until you tire out and then let your arms do the heavy lifting.

A powerful, six-beat kick takes dedication and commitment to developing, and the first step is building the endurance to do it consistently. Vertical kicking helps to develop an even kick; after all, if you pause or stutter at the bottom or top of your kick you sink.

4. You can crank up the resistance.

Wherever you fall on the scale of kicking awesomeness there is a starting point for you when doing vertical kick.

Really want to increase the power and strength in your kick? You can start with your hands at your side, arms crossed, and then progress to having your hands out of the water, and then eventually, when you are ready to achieve pro-level status, putting your arms in a streamline position.

From there you can further ramp up the resistance by throwing on some DragSox, a weight belt/brick, and using fins. The options are only limited by your imagination.

5. It’s easy on the shoulders.

For those who suffer with the common ailment of swimmer’s shoulder using a kickboard can cause impingement that makes the shoulder pain worse. Leaning our body weight on a kick-board, with our head up, can exacerbate the well-worn shoulders of a swimmer.

With vertical kicking you can focus on developing your legs without putting your arms in a position where they might compromise your shoulders. 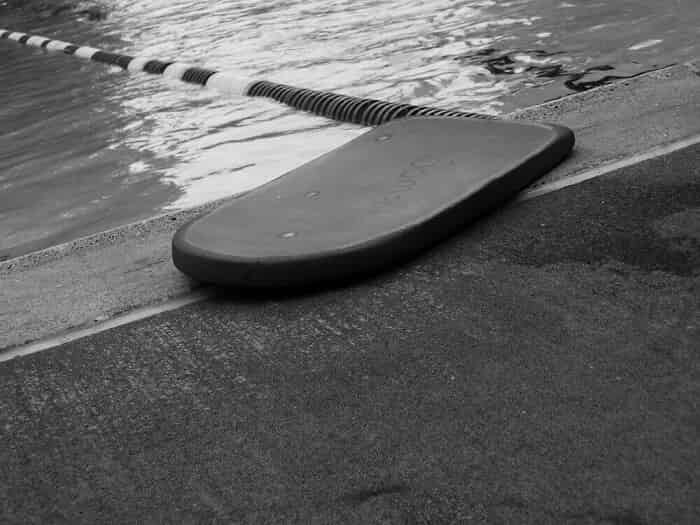 Here is part of a swimming workout that I completed recently.

On a trip to the local YMCA the fast lane was besieged by swimmers of varying speeds, making my planned workout borderline impossible.

Instead of packing it in I grabbed a corner of the lane and did the following little workout which took about 30 minutes. 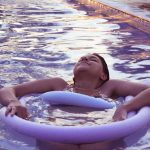