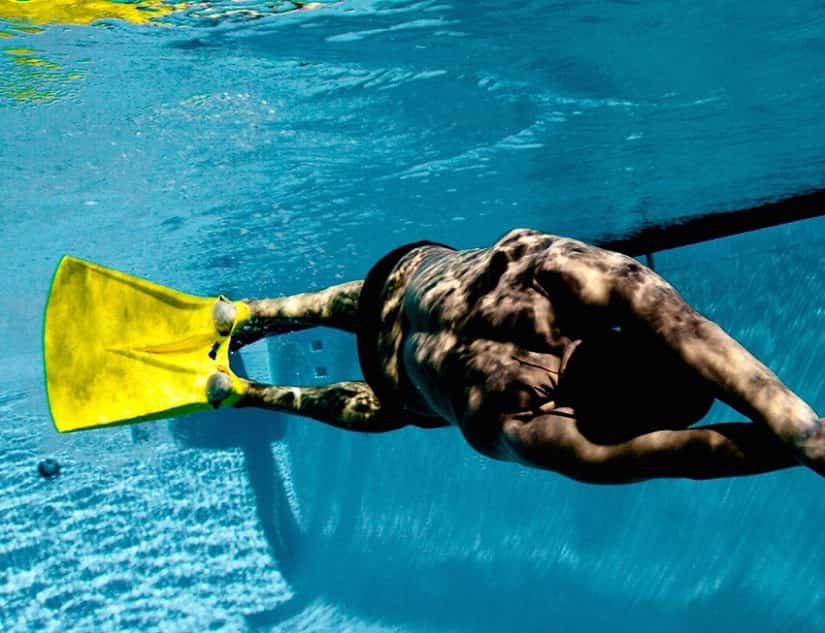 Want to improve and dominate your underwaters? Here’s how a monofin can help you power up your swimming.

It’s no secret that swimmers love to train with swim fins in the water. The benefits of using them are obvious: we are able to swim far faster than we ever would otherwise, our legs get a great power workout, and swimming at Mach-10 is simply a heap of fun.

You look in the swim bag of just about any competitive swimmer and you will see a pair of fins. Far less commonly, however, will you see it’s two-footed cousin…

The Benefits of Training with a Monofin

Misty Hyman was one of the original disrupters of the sport. The butterfly specialist had a unique style of “fish kicking”—dolphin kicking on her side off the start and walls—that hurled her past some of the best swimmers in the history of the sport.

She’d dip under the surface of the water and kick past the competition, kicking up to 35-40m underwater. (FINA eventually closed the loophole that allowed swimmers to kick underwater for longer than 15m in 1998.)

Proving that Hyman’s monster kick worked on the surface of the water as well, she would win the 200m butterfly at the Sydney Olympics in 2000 over favored hometown hero Susie O’Neill.

Hyman’s coach, Bob Gillett, who helped her develop her legendary underwater dolphin kick, credited Hyman’s underwater prowess to her fish kicks, and training with a Monofin.

Here’s how this piece of swim gear can give your underwaters a serious boost:

Monofins: Choosing the Best Pair for the Pool

Although the monofin is fully gangster when it comes to powering up your kick, there aren’t a lot of the mainstream swim brands that produce them.

One of my favorite swim gear companies, FINIS, has been producing them since the 1990’s, and actually made the monofin their very first offering.

The FINIS Foil is the ideal choice for competitive swimmers looking to level up their dolphin kick. The rubber is the same that Zoomers are made of—if you’ve owned a pair you know they are basically indestructible—and the fin is long enough to give you a sense of the full range of your kicking motion.

They retail for around $50, will last you forever, and are available via SwimOutlet. 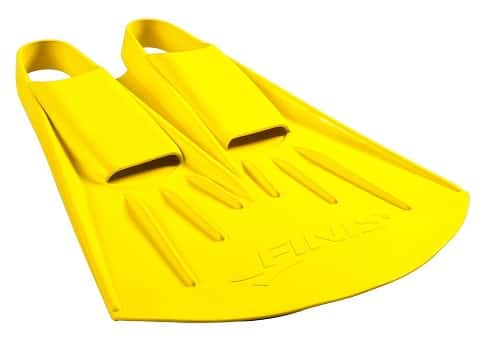