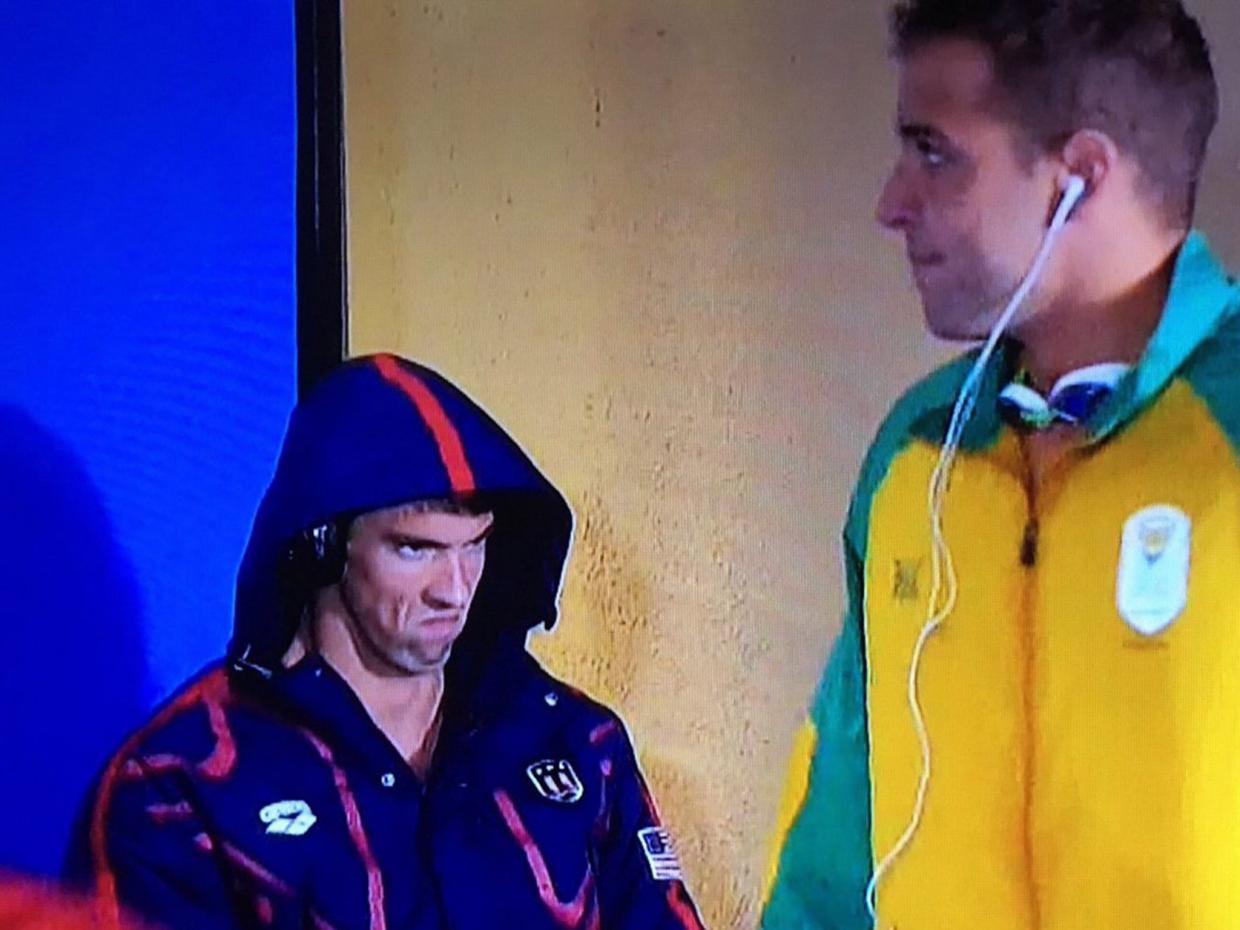 If you watched last night’s semi-finals, and more appropriately, the moments in the ready room beforehand, you know that Chad le Clos (RSA) and Michael Phelps had a bit of an interesting situation play out.

Le Clos shadow boxed, shook himself out and eye balled Phelps from the ready room, behind the blocks, and even after the semi-final was over.

But it was the facial expressions that Phelps made that has taken social media and the internet by storm over the past 24 hours.

Here are our 5 favorite #PhelpsFace memes from Twitter so far:

1. Would the real slim shady please stand up?

When you’re the real Slim Shady but someone else stood up. pic.twitter.com/CtQTu7FXEa

2. There’s an axe murderer on the loose.

3. NHL star Jonathan Toews got in on the fun with a comparison of his own grumpy face, along with a shot of grumpy cat.

We know how you feel. #PhelpsFacepic.twitter.com/wJZ1NTRw6W

When you forget to turn on the wifi while trying to stream #Rio2016 pic.twitter.com/fpSjrpIILc

5. When you have to swim against a TMNT.

When you’re about to swim against someone dressed like a Teenage Mutant Ninja Turtle #PhelpsFacepic.twitter.com/kUdjpEyVWA

30 Swimming Memes That Perfectly Describe the Swimmer’s Lifestyle. The lane rope puller, the Sammy Save-Up–they are all here and more.

Michael Phelps Underwater Dolphin Kick Training (Video). See one of the ways that Phelps developed his legendary underwater dolphin kick in this behind the scenes video.