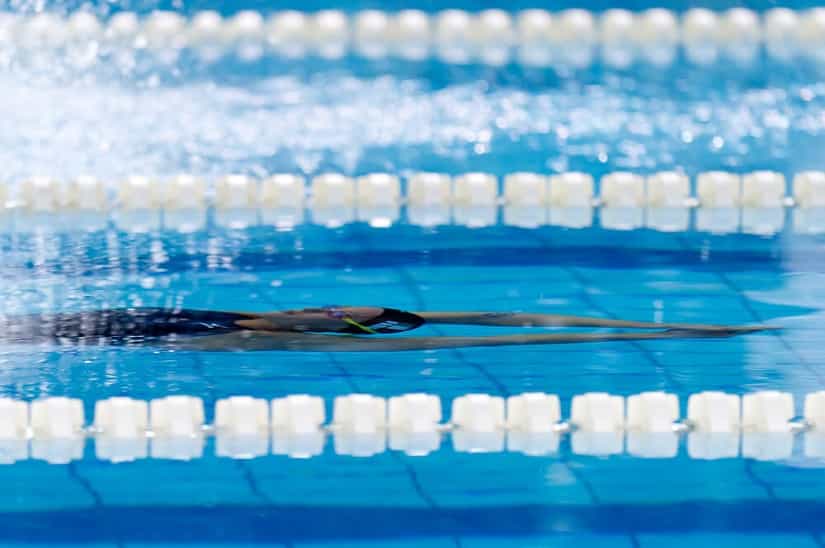 When it comes to kicking faster, longer isn’t always better. Tony Ackerson of Seminole Aquatics shares a great kick set to stoke the competitive fires of your swimmers and also get them kicking faster.

Which is great news for you swimmers who cringe at the thought of doing long, drawn-out kick sets strapped to a kick board.

Ackerson has been coaching at Seminole High School for 28 years, and started up Seminole Aquatics, a USA Swimming club, back in 2000. The high school program is one of the top teams in the state, having placed in the FHSAA top 5 numerous times. His club athletes have been just as successful, producing junior Olympic champs and national top 10 age group swimmers.

The kick set that Ackerson shared with us today is simple and highly effective.

It will bring out the competitive fire in your swimmers. It’s short in volume, but high in intensity. And as opposed to the long, boring reps of freestyle kick it will engage the athletes. 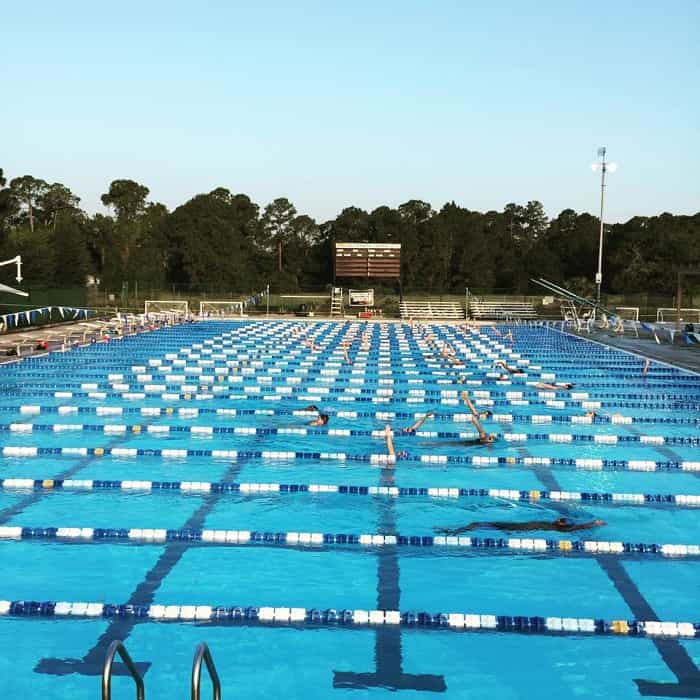 Ackerson was kind enough to get into the reasoning behind having shorter and targeted kick sets as opposed to the high volume, submaximal work that is prevalent on deck.

Take it away Tony:

Kicking It with Seminole Aquatics

With regards to kicking, a couple of thoughts, first:

Most physiology/ kinesiology studies indicate that the flutter kick contributes, at best,  around 10-15 percent of swimming propulsion in freestyle events.  Conversely, we spend a relatively small percentage of our practice time kicking, and almost never do we do long, dull sets of kicking at submaximal speed.  It’s boring, the kids don’t enjoy it, it isn’t challenging, and I’m convinced that it has little purpose in developing a better kick.

Freestyle kick speed and power is more a function of ankle flexion than a matter of leg strength.  So, underwater dolphin kicking, especially with fins, increases ankle flexibility while also developing a skill that is arguably the most important innovation in swimming technique over the past 25 years.

Keep the kick work short and focused. I’m completely convinced that doing a kick set of, say, 400-500 TOTAL yards, broken by distances of 25s and 50s, at maximal speed, is infinitely more valuable than doing five times the yardage at submaximal speed.

So, for me, the challenge that coaches face is to get their swimmers to do kicking at maximal speed and effort.  Short of an incentive-based time trial, most coaches struggle to get their kids to kick “all-out hard” for extended periods of time.

Here’s what I do from time to time:

2. Spread your kids out across the pool, kicking side-by-side.  Have them start with one hand on the wall, with them racing an all-out 25 free/flutter kick.  CALL THE TIMES OUT LOUDLY AS THEY FINISH.   Do this with all swimmers, one group at a time.

3. Get them out of the pool, lining up by their times, fastest to slowest.  You’ll have several that have the same time, but it’s OK.

4. Arrange them in groups.  In a 20 lane pool, with 60 total swimmers, it might look like this:  GROUP ONE:  Lane 8 has your fastest two kickers, Lane 7 has the next two fastest, Lane 6 the next two, and so on.  GROUP TWO:  Will be the remaining 20 kickers, with one swimmer per lane.  So, your first group will have 40 total swimmers, arranged fastest to slowest;  The second group has your slower kickers, also arranged fastest to slowest.

5. Set them up, ready to race 25’s kick.  Don’t tell them how many they’ll be doing (trust me, they’ll want to know).  Just tell them that after every 25, if they beat the person on the “faster” side of them, they get to tap him/ her on the shoulder, and they’ll change positions.

6. Run the first two groups on the first one.  Kids will immediately change positions, and you’ll instantly see them competing.  Let them quickly reset, and run the second 25, and watch them tap each other and change spots.

7. There’s no interval.  The coach starts them each time at his/ her discretion.  Generally, 20 seconds rest is a good compromise between too little and too much rest;  if they don’t get any rest at all, performance drops, incentive drops, and the set isn’t nearly as good.  But if the coach continually keeps the swimmers guessing, with a lot of rest on some, and just a little on others, then the swimmers will keep working hard.  The coach also needs to be actively involved in “stirring the pot”, getting excited about who’s beating who, showering the kids with praise for the effort.   When I run this with our kids at Seminole, I typically will have them do 32-40 repeats (800 to 1,000 yards).  And their legs are absolutely shattered at the end.

It’s not a perfect system, but it’s not intended to be.  It’s intended to blow kids’ legs up on a kick set, and it does the trick.

And of course, this can also be done on a swim set with equally good results.

A big thank you to Tony for sharing his thoughts on kicking, and this simple yet brutally effective set. You can catch up with Seminole Aquatics on their website as well as on Facebook.