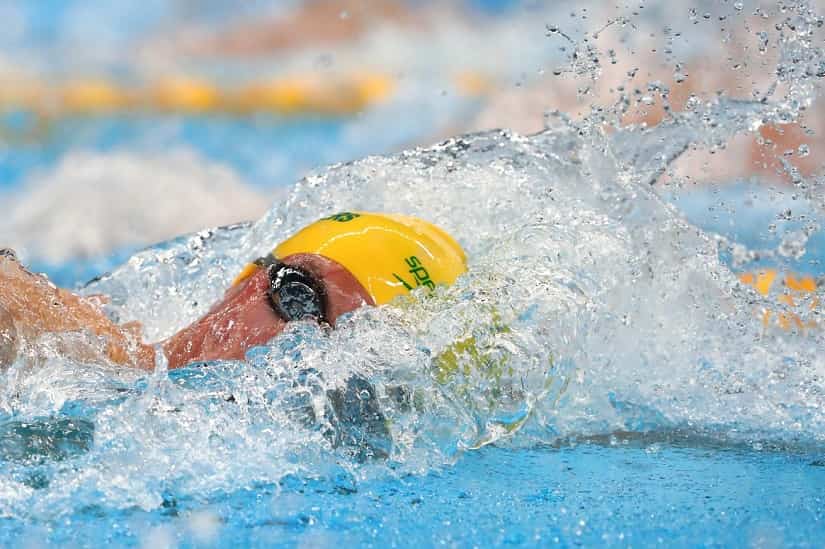 Still wondering if you should be spending more time improving your kick? Kyle Chalmers final 25m of the 100m freestyle in Rio shows you that big kicks win big time races.

If you’ve been on this site before you have probably noticed that I am a big proponent of working your kick.

Whether it is developing a legendary underwater dolphin kick, leveling up your breaststroke kick, or improving your freestyle kick, I’m convinced that faster kickers are faster swimmers.

I would go so far as saying that it’s one of the simplest ways you can improve your overall swimming speed. (Certainly not easy, but simple, in a sense, yes.)

Working your kick like it owes you money does a ton of things for your swimming beyond increasing your kick speed.

It’ll help you keep your technique together, maintain stroke integrity, and perhaps most importantly for those looking from a strictly best-time/competitive standpoint, a strong kick helps you decimate the competition at the end of races.

It’s the swimmers who still have their legs that rule the final lap, and usually, the podium as well. And nowhere was this more apparent than in the final of the 100m freestyle at the Rio Olympics.

But it was an 18-year old Australian, who was last off the blocks to the 15m mark, 7th into the wall, who cruised back and nearly even-split the race, kicking past everyone on the final 15m to win gold. (In a very similar way to how Penny Oleksiak of Canada ended up tying for gold in the women’s 100.)

In the screen grabs below (which are apologetically blurry), you see what I am talking about.

Chalmers, in lane 5, is powering past the field over the final 5m. Pieter Timmers of Beligum, at the bottom of the screen in lane 7, has a pretty solid kick behind him as well, and is the likely reason that he was able to sneak past the rest of the field and out-touch Adrian for the silver medal.

While comparable, it is Chalmers whose white water is tearing up the pool, with the flutter kick behind him throwing up a huge rooster-tail of water: 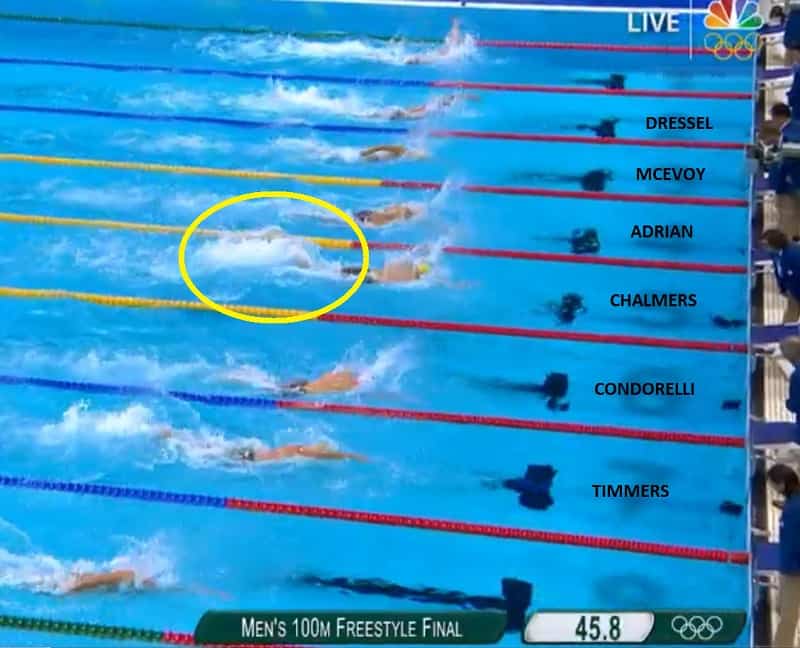 The difference between Chalmers and Adrian and Condorelli is even more noticeable from above.

Where the swimmers on either side of Chalmers are barely kicking, the young Australian’s kick is going full blast still: 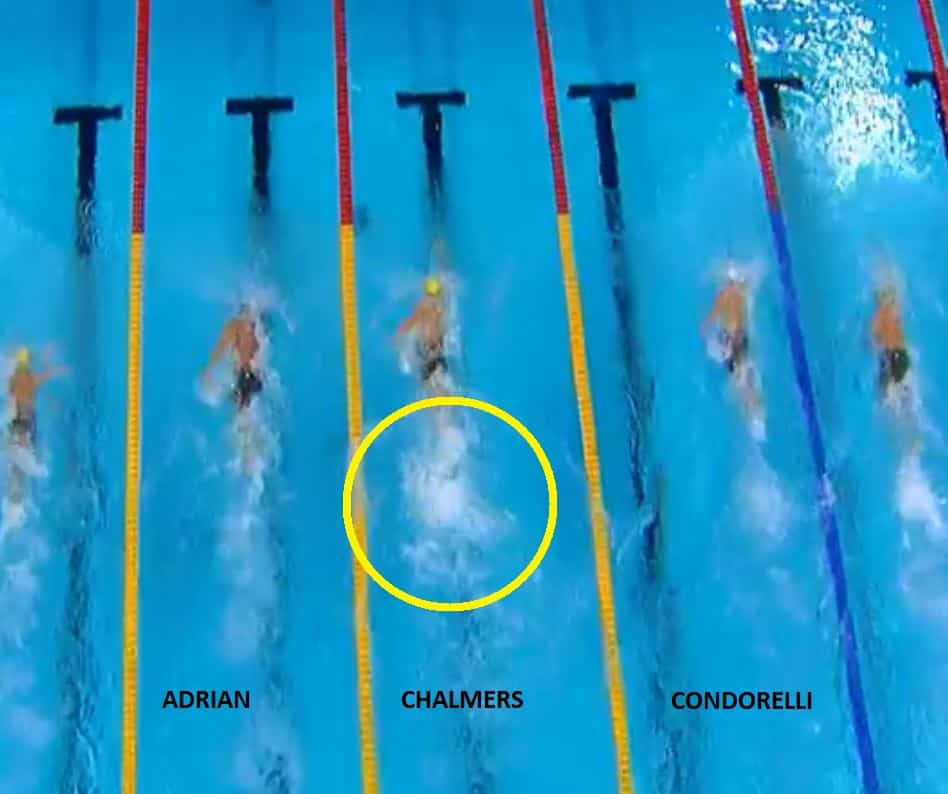 So yeah, are you going to do some more kick work at your next swim practice?

Here are some resources to head you in the right direction:

How to Develop an Unstoppable Freestyle Kick. Everything you need to know from flexibility to ankle strength to get your free kick game strong.

How to Develop an Awesome Underwater Dolphin Kick. Our flagship guide featuring tips from Olympians, elite coaches, biomechanists, and even a space scientist!

The Ultimate List of Workouts for Competitive Swimmers. Our ever-growing list of sets and practices from some of the top swimmers and coaches on the planet.