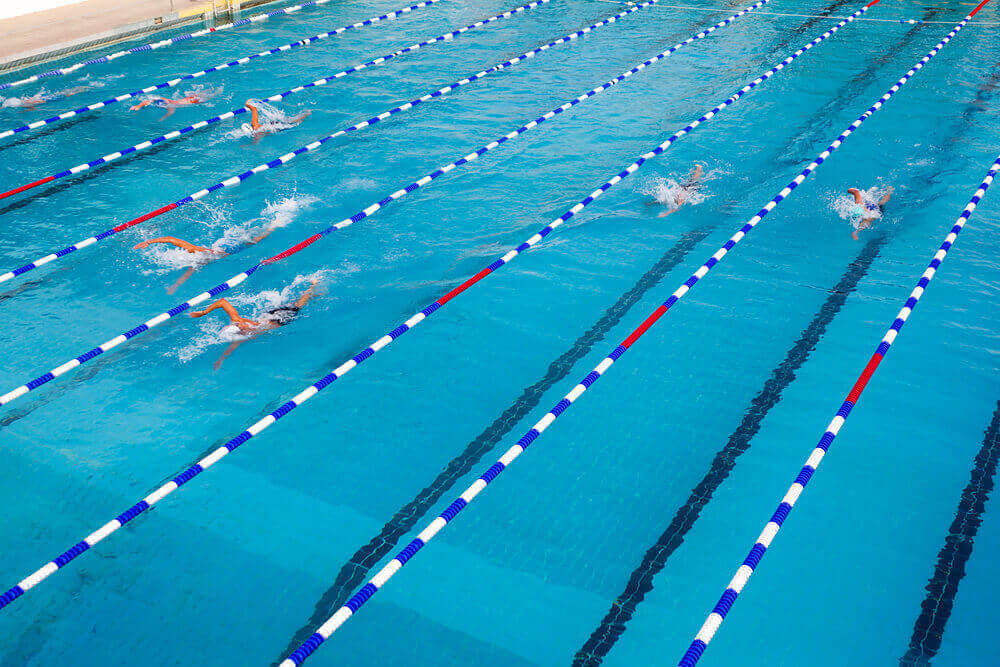 Sean Baker, head coach of the Oakville Aquatics (OAK) club in Oakville, Ontario, shared these sets with me recently that are designed specifically to improve your flutter kick. 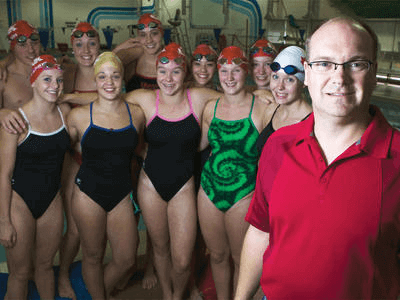 Coach Baker has been coaching at a high level since the 1990’s, and has placed numerous athletes on international teams of all stripes, including the Olympics and World Championships (where one of his charges won an individual bronze medal in the women’s 200m breaststroke in 1997).

At the most recent Canadian Olympic Trials OAK sent nearly 30 athletes to the meet, while also capturing a Canadian Age Group Championship title that summer, while also placing second amongst clubs at Canadian Summer Nationals.

On the back of these achievements Baker was awarded national club coach of the year honors for 2012.

Here are the four kick-centric sets, including some of the times posted by one of his current swimmers, Evan White (who swam a 1:59 200IM LCM last summer at the Canadian Swimming Trials to win his first senior national championship).

As you can see from the results that White throws down on the final set, in order to swim fast you must have a fast kick.

SEE ALSO: How to Improve Your Underwater Dolphin Kick

Alex Popov had a lightning fast kick (:27 seconds for a 50 long course), and other sprinters from Nathan Adrian, Cesar Cielo and more have all extolled the necessity of having a thunderous kick powering your swimming.

Here are the sets: 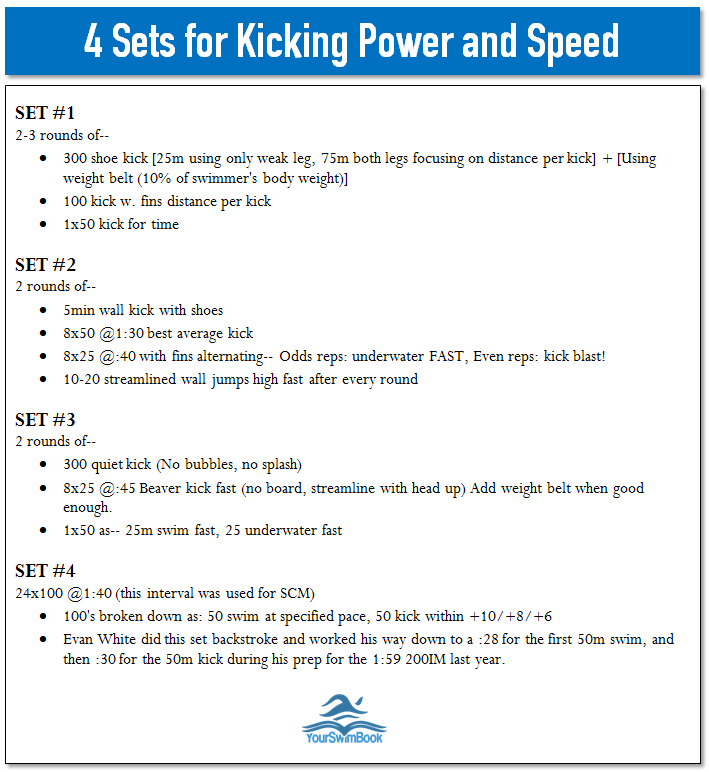 The Best Swimming Parachutes for More Power in the Water. The swimmer’s parachute is a power development tool that increases resistance in the water. The result? Faster, more powerful swimming. Here’s the 411 on swim parachutes, including the best ones for swimmers.