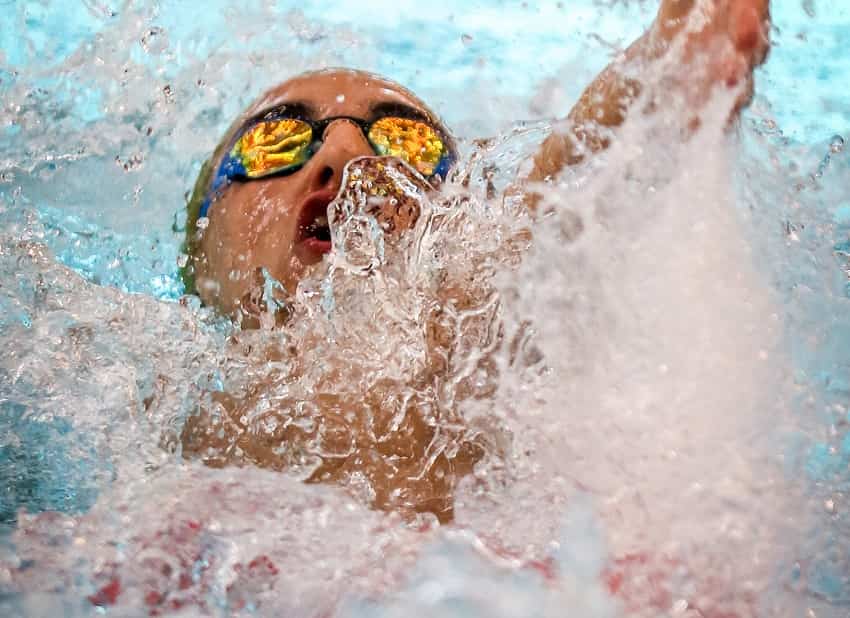 The people you train with have a strong effect on what kind of effort you are going to give at practice today. Here’s some interesting research on why you should choose to swim with the faster swimmers on your team.

Going up and down the black line we can forget about the other swimmers in the lane.

But they are there, sometimes leaving a little earlier than they should, sometimes causing an unnecessary amount of waves, quietly and largely unintentionally influencing our own effort in the water.

The way that our teammates influence us can be so subtle that you don’t even notice.

There are occasions where this can greatly benefit you: 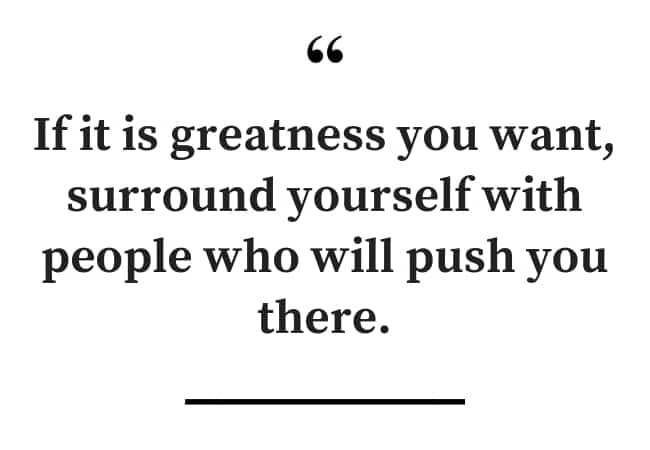 There are moments where it can be detrimental to your swimming:

There’s a popular saying attributed to personal development guru Jim Rohn that asserts that you are the average of the five people you spend the most time with.

Looking around at the swimmers and people you fill your life with, can you say that they are bringing out the best in you?

Are you bringing out the best in them?

Choose Your Lane with Performance in Mind

Here’s an example of just how much of an effect the performance others have on what we do.

One fun little research experiment looked to see how our effort is influenced by the people we work out with.

A group of about 90 college students did a 20-minute workout and were told to keep it at 60-70% of max intensity. The students were split into three groups: one group worked out with someone very fit, one group did their session alongside someone not very fit, and the third did their workout solo.

Could something as simple as working out with someone who was in better shape influence how we hard we go?

You bet your water-logged butt.

When participants worked out near “fit” people, they stomped the gas on their effort, with their average heart rate far higher compared to those worked out near less fit people, with the difference particularly profound in the men: (133 BPM vs 119 BPM for the ladies, 124 BPM vs 99 BPM for the men).

The study fits into what we know (even if it’s just superficially)—that our effort tends to go up or down depending on who is next to us. Even when instructed to hold a specific level of intensity the participants ended up trying to mimic and match what the exercise partner was doing.

Side note: Those who worked out alone reported feeling calmer and more relaxed compared to the those who got partnered up—regardless of intensity. Maybe something to think about when you need a chill session at practice, or maybe even during your taper.

The study showed that if you want to get more from your workouts, surrounding yourself with people who are crushing is going to help push you to bigger heights.

What lane are you going choose at practice today?

At swim practice the lane we end up in is often chosen with less-than-ideal reasons:

There’s a lot of value in swimming with athletes who are faster than you. They are more likely to bring the best out of you. These are the moments where your limits and perceived notions of what you are capable of get redrawn.

Don’t avoid them. Chase them fervently.

If it’s improvement you want, choose to spend more training time with the swimmers who are going to push you and make you better.