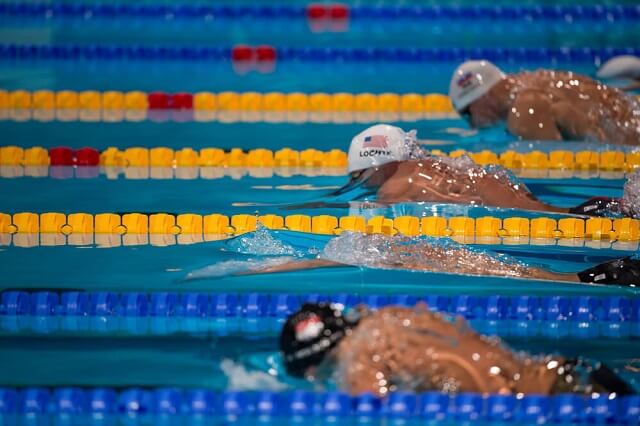 If you have been hanging around these parts over the summer you know that I have been border-line obsessed with improving my kick.

From throwing together a monster guide on how to improve your underwater dolphin kick, to showcasing some kick sets performed by Canadian National Team member Evan White, to outlining a list of reasons to work on both your flutter kick and your fly kick there has been no shortage of material on the topic.

With the critical importance of the UDK from the 50 to the 1500m every swimmer who is serious about maxing out their performance in the pool needs to be paying attention to what can make up as much as 60% of their race.

Today I want to share with you a set that I have been guinea-pigging myself with over the past couple weeks and have experienced fairly hysterical results.

Before we get into the set, here is what you will need to perform it:

The set is simple, and can be done at the end of your workout, before the main set, after warm-up, or whatever. It can be done as a bonus set in addition to the workout your coach prescribes.

My suggestion?  Do it as a pre-main set so that your underwater fly kick game is on point for the main set.

(The whole point of improving the UDK is to apply it to the high paced, quality work in your swimming so that it is relevant to competition speeds. Having a beautiful UDK is nice, but if it’s not hauling you from one end of the pool to the other faster than your swimming speed than there isn’t much use to it.)

After doing this set 7 times over the course of two weeks here is what I noticed:

With the set, feel free to play around with the specifics. The interval or number of reps isn’t set in stone. The interval was designed to get :15 seconds of rest after each 25, but if you feel like that isn’t enough, take more.

Remember, the main focus during the set is to explode off the walls and hammer those dolphin kicks and get to the 15m/y mark as fast as possible.

Here is the set: 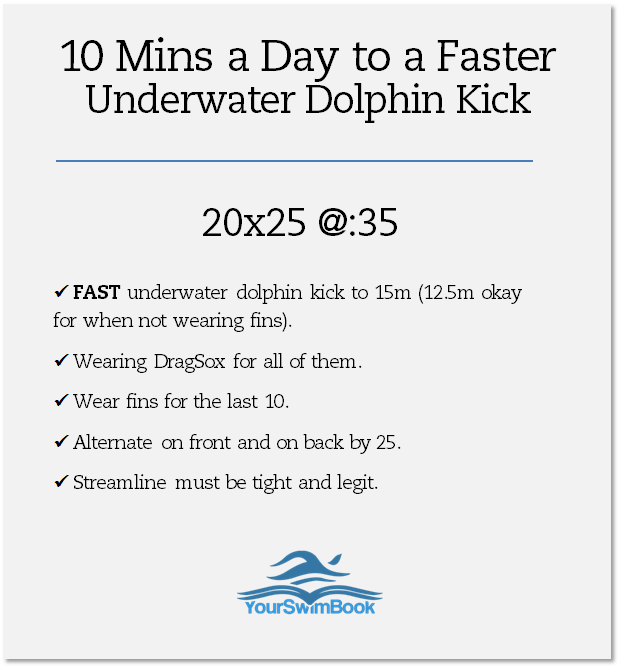 If you have never used DragSox before I couldn’t recommend them enough. The drag they add to your legs force them to work overtime in a form of resistance that is extremely swim-specific and hard to duplicate otherwise.

And more importantly, when you take them off and swim a lap at even moderately high speed you will feel like someone strapped a jetpack to your back.

Give the set a go for a couple weeks and let me know how it goes either via the YourSwimBook newsletter (it’s free, yo), or Tweet me on the Twitter thing.