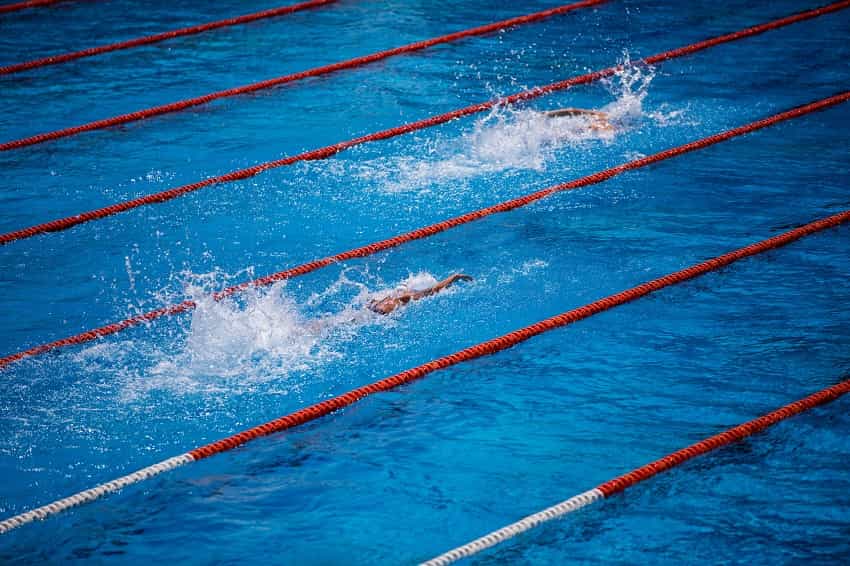 Jon Urbanchek is one of the O.G. legends of swimming.

Born in Hungary, Urbanchek attended the University of Michigan and swam on the Wolverines swim and dive program that won national titles in 1958, 1959 and 1961.

Urbanchek took over the head coaching duties at Michigan in 1982. He led the Wolverines for 22 years, winning an NCAA championship in 1995 and over a dozen Big 10 titles. Urbanchek retired from Michigan in 2004, but continues to be a fixture on pool decks.

He has served on seven US Olympic team coaching staffs, and most recently has been volunteer coaching at USC with Dave Salo (who he coached at Long Beach in the late 1970’s) and serves as a technical adviser to USA Swimming’s national team manager.

His aerobic and anaerobic training program, based off threshold test sets, are popular among swim coaches. The color-coded set descriptions are used by countless swimmers and coaches during swim practices, including Katie Ledecky during her time at NCAP.

The following sets are anaerobic and designed for maximum lactate production. Which means you should be feeling like you are eating a lactate sandwich when doing it.

Instead of using the color code system and finding pace times based on a threshold set, these sets target a percentage of your best time.

The sets are simple, and not high in yardage, but they ask a lot of you.

They are meant to be swum with full effort and focus and with a specific goal time in mind.

These sets are meant to be done at maximum intensity.

“Maximum lactate production and lactate buffering are involved in these sets, and maximum heart rates are attained,” says Urbanchek.

The intensity and stress involved means you should not be doing this type of set every time you hit the pool.

“This training is used less often… because of the intensity levels involved,” said Urbanchek. “Rest intervals are four to six minutes of active recovery between swims.”

Taking the time to warm down thoroughly afterwards can also help your body bounce back faster. Here’s some fascinating research that demonstrates how much active recovery after maximum effort sets can help you improve faster.

Note: These sets were pulled from one of the best swim coaching books out there, the Swim Coaches Bible 2. I’ve included the book within my list of essential books for swim coaches. You can also pick up a copy for yourself here via Amazon (affiliate link).