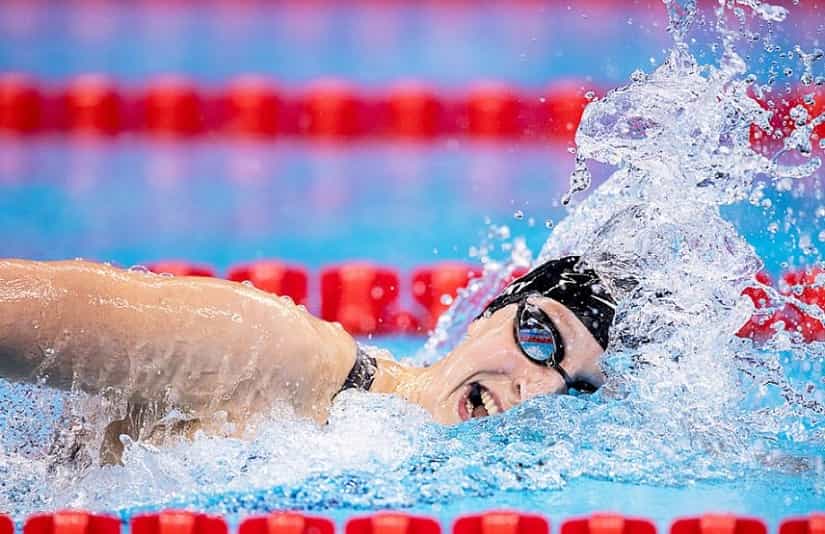 You don’t become the fastest distance freestyler in history without having done some impressive stuff in training. Here are a handful of Katie Ledecky’s main sets. Try at your own risk.

At the Rio Katie Ledecky solidified her place as the greatest woman freestyler in history, and as the top female swimmer on the planet.

Since 2012 she has been on absolute tear, going undefeated in major international competition and repeatedly shattering world records in the 400, 800 and 1500m freestyles.

2012: An Effortless Hand-Off Between Coaches

Ledecky’s age group coach at Maryland’s Nation’s Capital was Yuri Suguiyama. They worked together during her early teenage years, with Suguiyama guiding her to a surprise gold medal in the 800m freestyle at the London Olympics in 2012.

(Read more about how Ledecky used a training log book as home base for her goals, as a gratitude journal and even to more efficiently communicate with Suguiyama.)

When Suguiyama left NCAP for a job at the University of California, it was Bruce Gemmell of the Delaware Aquatic Club who took over the reigns of the program. 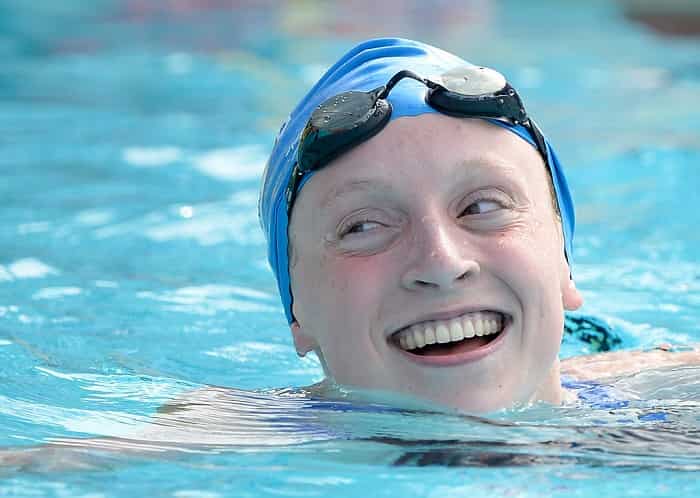 Already an accomplished distance coach—his son Andrew had qualified for the London team as well—it didn’t take long to see that the new partnership would work out.

The following sets were some of the distance swim workouts that she did in preparation for the 2013 Barcelona FINA World Championships, where she would snag the world records in both the 800m and 1500m freestyles.

Here is a quick key for the colors that are mentioned so that you can get a better idea of what kind of intensity that the sets are supposed to be done at:

The following workouts were all completed in short course yards. At the time Ledecky was training with a group of 4-5 other swimmers who all shared the same interval.

(The last one is simply ridiculous.)

6:00 rest between each round

Cam McEvoy: The Hardest Sets I’ve Ever Done. You don’t become the fastest swimmer ever in a textile over 100 meters without some epic training.

Butterfly Sets: How to Dominate Your Next 100m Butterfly. Bob Bowman used the following two sets to help develop Michael Phelps into a devastating butterflier.