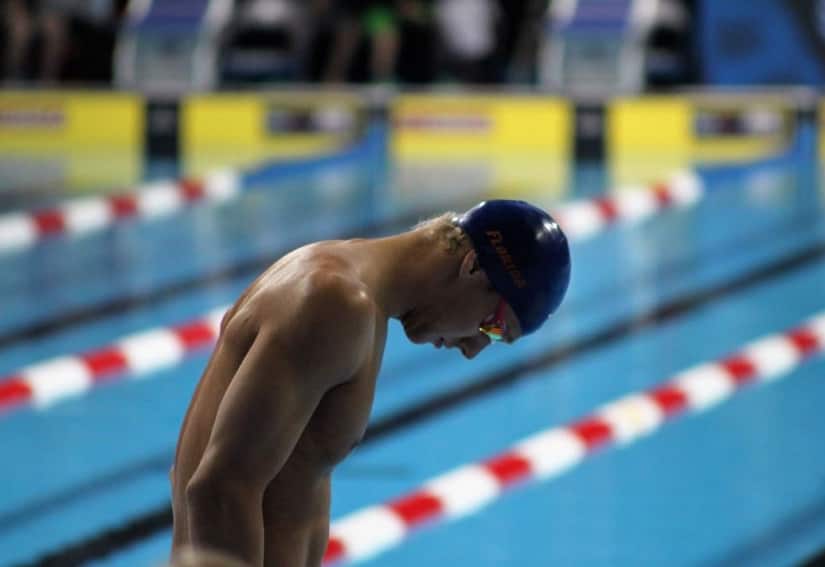 At the FINA World Championships in Budapest, Caeleb Dressel dominated the sprints, hauling in 7 gold medals while rattling three individual supersuit records. Perhaps the only thing more impressive than how fast he swam was how terrifyingly consistent and clutch he swam. Here’s more.

Did you watch some of the coverage from the FINA World Championships earlier this summer?

If you did, you know that Hungary was a great host, with the crowd going utterly bananas anytime a Hungarian swimmer stepped behind the blocks.

You saw Sarah Sjostrom of Sweden obliterate the world record in the 100m freestyle, Lily King break the worlds records in the 50 and 100m breaststroke, and someone beating Katie Ledecky for the first time in international competition (in the 200m freestyle), proving that even superheroes can have an off day.

And then there was a 20-year old American named Caeleb Dressel.

With an American men’s team that is now missing some guy named Michael Phelps, there were questions about where the US men’s team would be headed. Who would be the swimmer to step up and lead the charge to Tokyo. And holy chlorinated heck did Dressel step up.

With the exception of the 50m butterfly, in which he inexplicably biffed the final (after going in as the fastest seed), he was completely dominant.

On the very first night he led the American men off to a gold medal in the 4x100m freestyle relay, using his insane start to take the lead right off the bat. From there he smashed his way to a total of 7 gold medals. Almost all his swims rattled super suit records, and in the case of two his races, he swam the fastest textile bests in history.

His speed has been well covered.

His consistency and his ability to swim his best when it matters most.

In his individual events (with the exception of the aforementioned 50 butterfly), he not only swam his best times ever in the final (when it was most critical to do so), but with every event he got better with each swim.

It’s hard to overestimate how crazy this is….

When you actually looks at the PBs of elite, international-level swimmers, few of them go personal best times when they need it the most.

Sure, we hear about the records, but those are the exception.

Check out how Dressel only got better with each swim in his three individual gold medal winning races:

That is some scary consistency.

(Consider that he was also swimming relays most nights as well.)

And bodes well for the future of the American men’s team (like anyone was really all that worried).

For those who follow NCAA swimming this probably won’t come as a surprise. His exploits at the NCAA championship and SEC meets the past couple years have been well covered (swimming a 40.00 second 100-yard freestyle, for instance).

Another fun fact about Dressel…

In fact, when he was in high school and swimming at Bolles Dressel’s log book took on legendary status.

He’d write pages and pages of notes on how he felt in the water, how doing this would feel with his stroke versus doing that, as well as the usual stuff like times, volume, and what he was doing in the gym.

His coach at the time, Jason Calanog, would remark, “His entries were at a higher level than I’ve ever seen by a swimmer.”

And, as Dressel showed in Budapest, that commitment to doing things at a higher level has manifested with otherworldly swimming