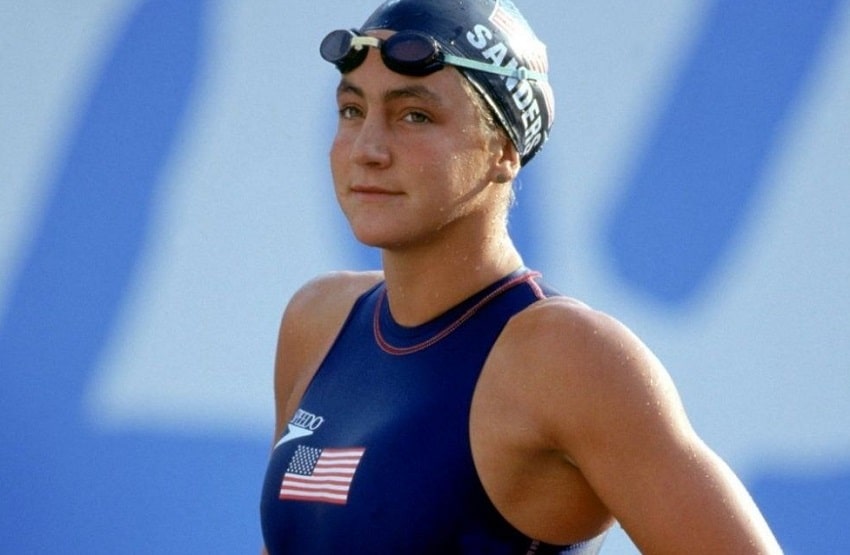 Summer Sanders is a four-time Olympic medalist. She won the 200m butterfly at the Barcelona Olympics in 1992, setting a new Olympic record in the process. Sanders also won 8 NCAA championship titles and was crowned NCAA swimmer of the year twice.

Her book, Champions are Raised, Not Born: How My Parents Made Me a Success (Amazon) is an auto-biography that details her journey in the pool, and distills many of the lessons along the way that shaped her into a champion. 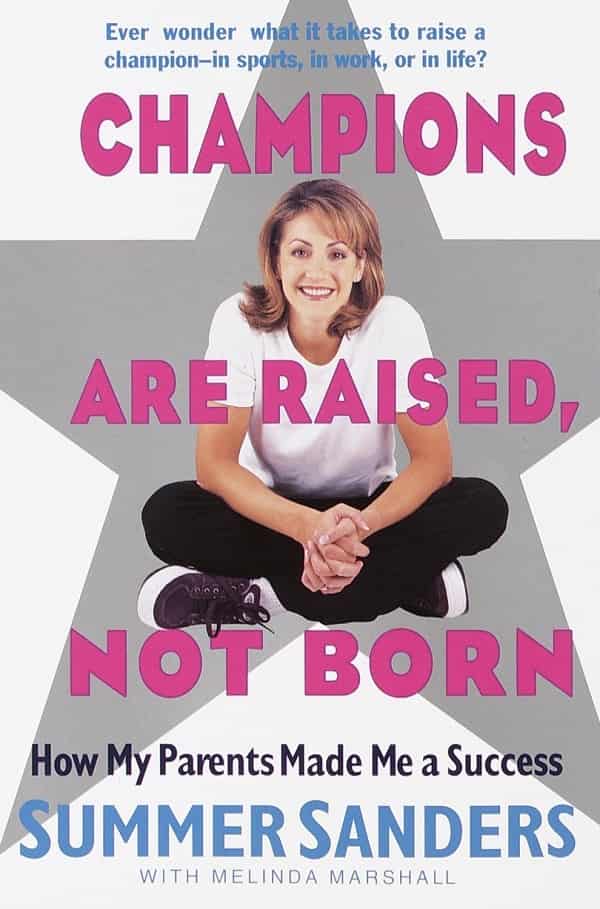 The following are some quotes from the book that particularly appealed to me, along with some of my own thoughts and notes.

The book is an easy, fun read that is applicable to swimmers, swim parents, and swim coaches.

Here are just some of the highlights from Summer Sanders’ book, Champions are Raised, Not Born.

Failure is the doorway to success.

We tend to sum up the Olympic champions and world record holders by their result. We see the gold medal and assume that because they excelled in this one particular moment, that it was all excellence, all success, all the time.

But there were a metric ton of failures along the way.

At US Olympic Trials in 1988, Sanders was crushing the field through 150m of the final of the 200m individual medley. Pushing off the wall for the final leg of freestyle, she saw that she had a big lead. Seeing this threw her off, and she would be out-touched at the wall, placing third and off the team going to Seoul that summer.

Even though she failed to make the Olympic team, she had been so close that she could clearly see what it would take to get to the next level.

“Failing at something is the best way to learn what it takes to succeed at it,” she writes. “Failing to make the Seoul Olympic team was the beginning of my success, ironically enough.”

More importantly, Sanders, whenever she did fail or come up short, was able to separate her identity from the setbacks and adversity in the pool.

“Sure, I hated to lose; every competitor hates to lose. But I wasn’t made to feel, when I did lose, as though I had forfeited anything.”

Swim your own race.

How many times has your coach reminded you to focus on your race? To spend your valuable concentration and energy on the things you control?

Ultimately, you can’t do a thing about what the swimmer in the next lane does. You can’t control how busy the warm-up pool is, whether a meet runs late, or if a world-wide pandemic hits.

All you can do is focus on your preparation and response to adversity.

“I didn’t think about my competitors, about their race. I focused on myself.”

The early morning grind is universal.

One of the things that set swimmers apart from other athletes are those early morning workouts. We’ve all gone through the process of waking up while the sky is still completely dark, driven across deserted streets to a quiet pool, and hopping in the chilly water, all along fantasizing about being back in the warm comfort of our bed.

“There were times—plenty of them—where I’d hear the alarm go off, open my eyes, see 4:14 A.M. on the clock, and turn over the possibility of just rolling over and going back to sleep. I lived to sleep. I craved. I deserved it. Nothing, at that moment, would feel better. Nothing was more tempting.”

Ultimately, Sanders understood that this was part of the deal. The early mornings, the practices that more than a few swimmers accidentally forget to set an alarm for, were going to set her apart from the countless other swimmers who also dreamed of going to the Olympics.

“No one would deny me; it was my choice to go to practice, it was my dream of someday going to the Olympics, and that meant getting up at this god-awful hour.”

“I said to myself, If I don’t go this morning, there will be plenty of others who will, and then it will be tougher for me to stand on those blocks and say, I’m ready. No deposit, no return.”

At one of Sanders’ first big international swim meets, the Goodwill Games, held in Russia in 1990, she was the top distance female swimmer on the planet, Janet Evans in the final of the 400m individual medley.

Leading up to the race, Sanders was feeling all the jitters and butterflies that are part of the competitive experience.

The nervous arm swinging. The whirling tummy. And the near constant urge to urinate.

When she got behind the blocks, she had to pee again, but with the race about to start, the only option was to lean down next to the block and splash herself furiously to cover up the fact that she was relieving herself.

This moment turned out to be, well, a relief.

“I’d been so stressed about competing against Janet Evans that relaxing my control like that was a grounding moment,” she reflected.

Over time, she learned that performance anxiety and pre-race nerves weren’t the problem. In fact, they were a competitive advantage when she funneled them in the right way.

“Nerves didn’t make me edgy; nerves were my edge.”

Training is a place to be competitive and prepare for race day.

The swim season is long, with a seemingly endless number of meters, sets and workouts.

But showing up each day to practice with an attitude of making the most of your time is essential to being successful on race day.

That means maximizing the opportunities presented to you, having a sense of focus and urgency with training, and sharpening your racing skills along the way. The combination of these things builds confidence and prepares you for that white-knuckle moment when you grip the blocks on race day.

Visualization is a powerful tool for building self-confidence.

Plenty of swimmers use visualization and mental rehearsals to give themselves the confidence to rock race day.

Michael Phelps used visualization from an early age to prepare for all the eventualities. Katie Ledecky used mental imagery to get a deeper sense of how she expected to feel during each part of her races.

And Summer Sanders used it as a motivational and preparatory tool:

Sustained success is harder than it looks.

There’s a sneaky benefit to failing at something—the expectations of others fade away when you come up short. This is an oddly freeing realization. You can chase greatness in the dark because no one expects anything.

It’s when you are successful that the trappings of expectations can become a burden.

“Failure in a way is liberating: you’re free to do whatever you want next, because no one’s looking, no one’s judging you, no one has any expectations. Once you succeed, however, there’s only one option open: you must keep winning.”

Self-confidence is a critical part of high-performance, whether it’s in swimming or out in the real world.

But real, genuine self-confidence is earned.

Pounding your chest and talking a big game might look and sound like the real thing, but false confidence is rarely effective.

Instead of trying to fake it, show up each day to the pool and earn your self-confidence.

Whether it’s by recognizing moments of excellence, evaluating your progress, or using mental skills to keep your attention and focus where you want.

“No one can hand an athlete self-confidence. No one can give someone self-esteem. No one can make a person believe she has the right stuff, the stuff to win. An athlete can only be granted the experience to find out for herself. She must prove it to herself by doing it. Inner arrogance—the voice that says, I can win this—isn’t something an athlete can believe just because she wants to, or because her parents want her to. She has to have shown herself, through experience, what is possible.”

Buy the Book “Champions are Raised, Not Born”