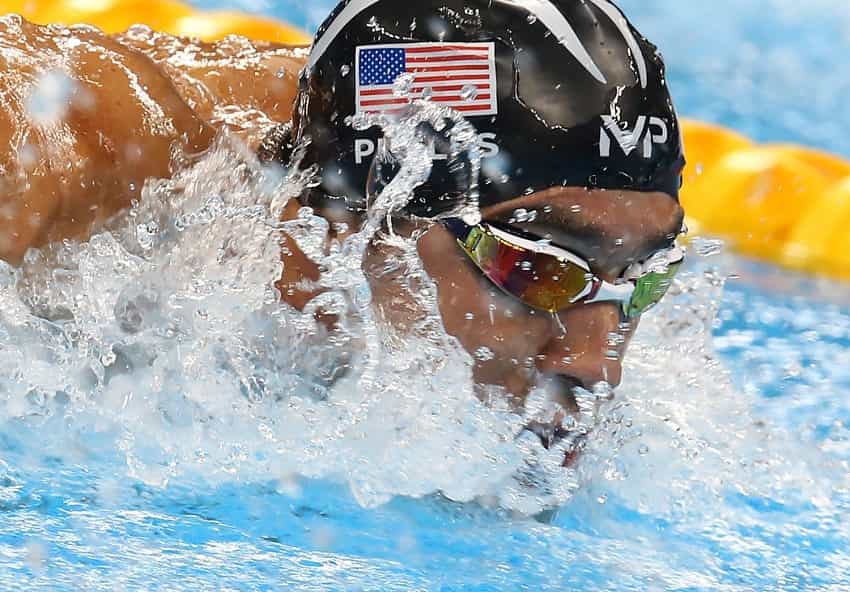 Visualization is a proven way to build confidence and improve performance in the water. Here are some visualization tips from Michael Phelps and his longtime coach, Bob Bowman.

When Michael Phelps was a young age grouper, he had trouble managing his energy and focus. He fidgeted a lot in class, had trouble paying attention, and even the big swim practices he did at North Baltimore Aquatic Club’s Meadowbrook Pool did little to slow him down.

Exasperated, one of his teachers told Michael’s mom, Debbie, “Your son will never be able to focus on anything.”

Bob Bowman, who started coaching Phelps as an 11-year old, gave Michael’s mother, Debbie, a book on relaxation techniques. She would go into his room and read through the visualization passages, helping him to learn to relax and clear his mind.

Sometimes the young swimmer would be so relaxed he would doze off, other times he would visualize himself swimming faster than ever before.

The visualization skills that Phelps used each night helped him stay focused and confident under immense pressure. From his first Olympic appearance as a 15-year old in Sydney, to that magical week in Beijing, to his final Olympic outing in 2016.

When it comes to this particular mental training skill, Bowman notes of his longtime swimmer, “He’s the best I’ve ever seen.”

Here’s how Bowman and Phelps used visualization to help the greatest swimmer in history reach and stay at the pinnacle of the sport.

1. Start with relaxation techniques to prime yourself for visualization.

Visualization is more than just closing your eyes and daydreaming about gold medals. You are quite literally fooling your brain into believing that what you are mental rehearsing is real. This is the power of visualization—the brain has great difficulty distinguishing between real and imagined events.

But to make those visualizations real as possible, and not just another passing thought among thousands, you should be in a calm, relaxed state. Visualizing the race you want is hard when your mind is a pile-up of competing thoughts, so clearing your mind is the first step. This happens by getting yourself in a relaxed and calm state.

Each night Phelps would relax his body, limb by limb, from head to toes, before he would “put in the videotape” of his ideal performances.

“Once you put yourself in a relaxed state, it’s like watching a movie,” says Bowman.

2. Use different perspectives when visualizing.

There are a lot of different ways to tweak your visualizations, including the perspective you use. Think of the perspective as the position of the camera in your little chlorinated movie.

There is external visualization, where you are watching yourself perform from pool-side, or from a camera rolling across the pool deck like you are at home watching the race on TV. There is internal visualization, where you are viewing the race as you would be normally experiencing it, with goggles fogging up a little, the cold water splashing across your mouth, the lactic acid churning through your legs and arms.

3. Prepare for all scenarios.

The big race at the end of the year rarely goes as planned. No matter how well you prepare and how hard you work, things never unfold exactly as you anticipate.

A competitor will swim faster than expected. The meet will run late. You won’t have time to do your full warm-down.

Mental imagery is a way to head off the anxiety and stress you experience when faced with the novelty of an uncertain situation.

Phelps made a point to visualize things going well, things going poorly, and of course, the best case scenario. By giving himself countless dress rehearsals ahead of time, he was calm and ready when it came to getting down to business. 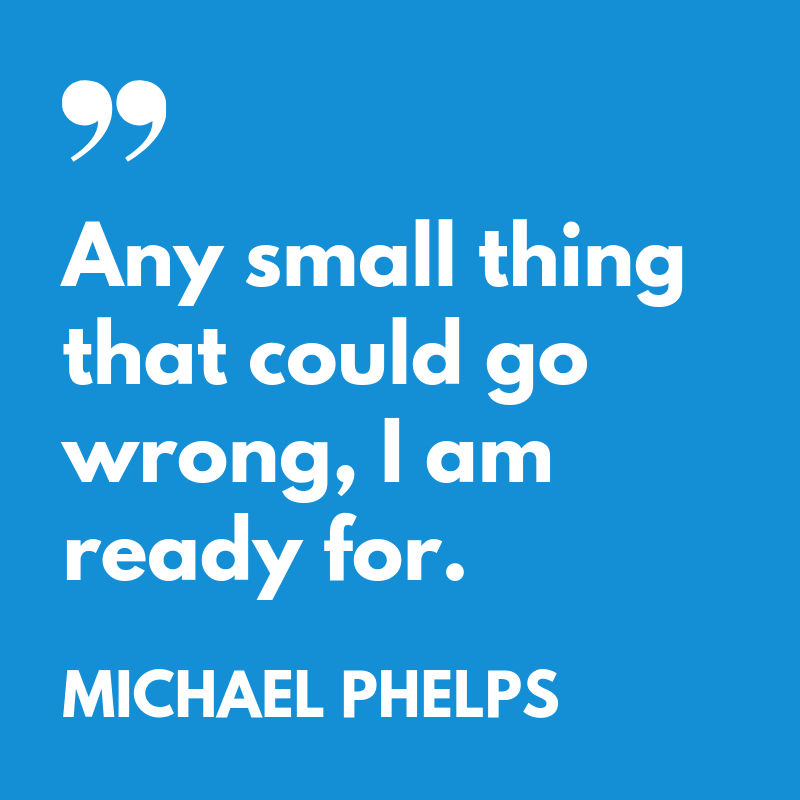 4. Make your visualizations as real as possible by engaging all your senses.

When you are visualizing your race, don’t just get hung up on the pain or the mindset you have while surfing across the pool. Make the visualization as real as possible by incorporating all of your senses.

Imagine the cold water on your shaved skin. The lens of your goggles sinking into your face. The eerie quiet between take-your-marks and go. The more details and sensations you can fill your visualizations with, the more authentic the experience. Research has found that when we incorporate the little details that generate credibility, our brain is more willing to buy-in.

“The key to visualization is that it has to be very vivid,” says Bowman.

5. Hit your visualization training like you would any other aspect of your training.

But that’s not how it works.

Visualization is effective when it is done consistently and repeatedly, to the point that when you get up on the block, your brain has the calm and poised sensation of having been there a ton of times.

“It has to be rehearsed many, many times,” Bowman notes. “By the time Michael gets up on the blocks to swim in the World Championships or Olympics, he’s swum that race hundreds of times in his mind before he gets up there.”

How Swimmers Can Get Started with Visualization and Imagery. Looking for simple things to focus on to take your visualization work from hero to zero? Here’s your guide to crushing it with mental imagery.