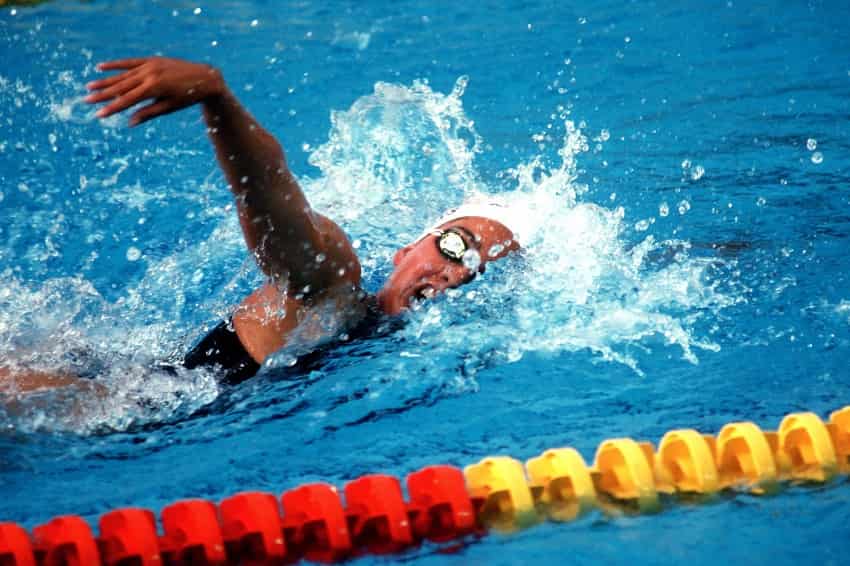 At the 1986 Goodwill Games in Moscow, a 14-year old Janet Evans steps out onto the pool deck.

Nearby, a group of Soviet swimmers laugh.

The year before that, at US Nationals, Janet Evans walks behind the blocks.

One of her competitors, Tiffany Cohen, a double Olympic gold medalist from the Los Angeles Games in the 400 and 800m freestyles, openly snickers.

There were stares and laughs when Evans swims too. With her skinny arms and legs she motors across the pool with a dizzying stroke rate, taking around 60 strokes per length to cover the length of a 50m pool.

Two years later, at the Seoul Olympics, Evans would decimate the world in the 400m individual medley and the 400m and 800m freestyles.

A “Windmill in a Hurricane”

Evans nuclear-powered windmill required a level ten work ethic, something that Evans never struggled with. Her swim workouts, and her appetite for all the meters, border on legend and myth to this day.

“The most important thing is her attitude toward training,” said her coach Bud McAllister. “You have to keep pushing yourself to go faster in training.”

Besides Thanksgiving and Christmas, there were very few days off, including Sundays.

Even though she was supposed to avoid the pool that one day of the week, when she took the day off she noted that her “feel for the water” wasn’t the same when she returned to the water.

Whenever people would ask her what made her better than the competition, her answer was simple: “Hard work.”

Along the way there was lots of doubters…

(She would demolish them on the way to winning golds and world records in the 400 IM, and the 400 and 800 freestyles in Seoul.)

She would slow down once she grew.

Evans would race again in Barcelona and in Atlanta.

And setting world records that would go untouched until the super-suit era (her 1500m free WR lasted almost 20 years).

Along the way, her commitment to training carried her. 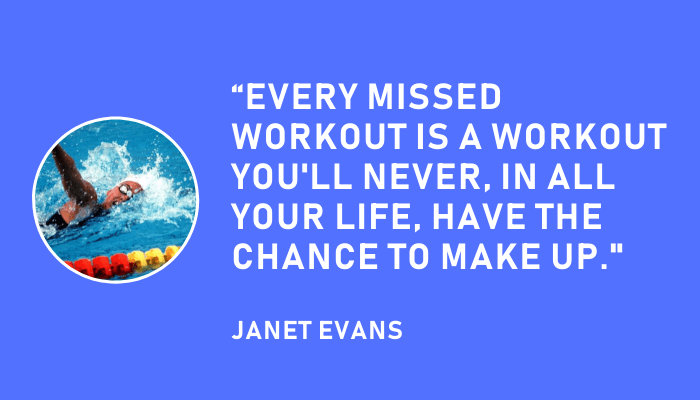 Here are some of the workouts that Evans did during her storied career.

One of the more epic sets that Evans did was during the early summer of 1988. The set was simple enough: 20×400 individual medleys, done long course.

The set had been Evans’s idea. 8,000m of individual medley swimming.

“Her time on the last 400 was good enough to qualify for senior nationals,” said McAllister.

Ladder sets are common with middle distance and distance swimmers. Gregg Troy loves to use them with his swimmers, and Olympic distance king Kieren Perkins did them frequently in training as well.

With the following IM ladder set, which starts at a brish 2;45/200m, the interval gets harder on the way back down.

** Thank you to Bud McAllister for taking the time to share these sets.

5 Distance Sets from Olympic Gold Medalist Kieren Perkins. The work required to become an Olympic champion and world record holder in the mile is no joke. Here are some of the sets that Kieren Perkins used to become one of the best middle and distance swimmers in history.

This is What Katie Ledecky’s Main Sets Look Like. You don’t become the fastest distance freestyler in history without having done some impressive stuff in training. Here are a handful of Katie Ledecky’s main sets. Try at your own risk.