No Limits: The Will to Succeed, is a 2009 auto-biography by Michael Phelps that details his journey from an overly energetic age grouper to the greatest Olympian in history.

No Limits details the ups and downs of Phelps career from the time he got in the water until the Beijing Olympics, where he won an unprecedented eight gold medals in a single Games.

The book follows the timeline of his events in Beijing, with each race being prefaced by lessons in what helped him get there. There is a ton of excellent takeaways that swimmers and swim coaches can pull from this book, which is a fast-paced read (especially the chapter on the 4x100m freestyle relay and Jason Lezak’s other-worldly comeback).

Here are a series of quotes from the book, as well as my own thoughts and takeaways from No Limits: The Will to Succeed. 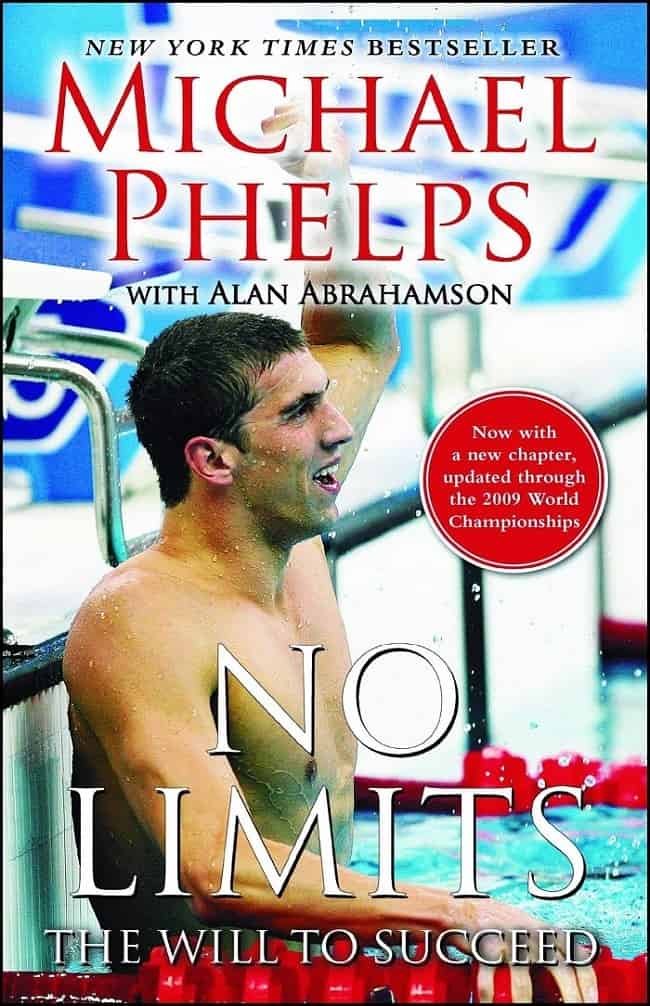 He was relentless about setting goals and keeping them at the forefront of his attention.

Bowman used a countdown to instill urgency with his athletes. A reminder to make the most of every training opportunity.

You can still swim fast even though you don’t feel awesome. The day after breaking the world record in the 200m freestyle at the 2007 Melbourne World Championships, he was to race the 200m fly.

Train for adversity. When overcoming challenges is “normal,” it becomes a whole less scary when it happens in competition:

You won’t always feel like doing the work. But it’s your job to get yourself in the mindset to do it anyway.

Phelps and Bowman knew that talent and physical preparation was one thing—getting ready to do things no one had ever done before would require preparing what was between Phelps’ ears.

At the Athens Olympics in 2004, Phelps chased eight gold medals. He came away with six golds, a silver and a bronze, which was interpreted as a failure by some. He had zero regrets about competing in events where he wasn’t sure he would win. It was trying that was the ball game, not the results:

Phelps fed on the doubts along the way. When people said there was no way he could win eight golds in a single Olympics, he poured that jet fuel all over his competitive fire.

At the Santa Clara Invitational in 2003, a Finnish reporter “pestered” Phelps about why he thought it was possible to break the world record in the 200m individual medley (the record was held by Jani Sievenen, who was Finnish).

Anything is possible, Phelps responded.

The reporter pressed on: “Yes, but then maybe you think it is too difficult. Nobody has done this for nine years so maybe it will not happen? Why do you think you can do it?”

Phelps smiled and dropped it into the motivation tank. That weekend, Phelps would break the world record in the 200m individual medley, unshaved and untapered.

On not taking a day off for five years:

That five-year span included an event that changed the world: 9/11.

On the pressure and expectations of others:

Where to Pick Up a Copy of “No Limits: The Will to Succeed”