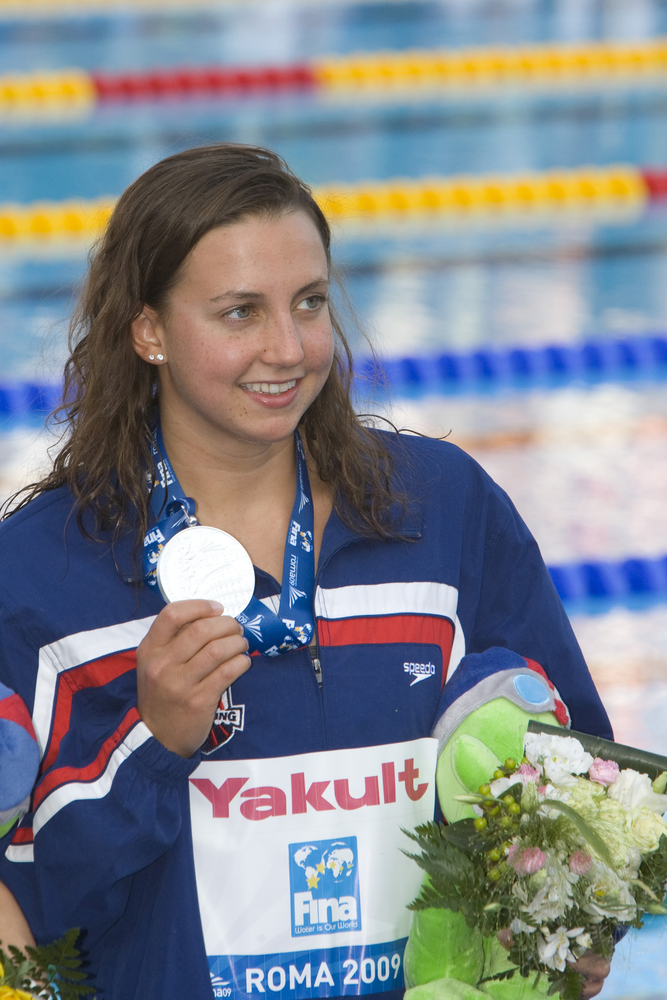 26-year old Rebecca Soni, former multiple world record holder and the first woman to break 2:20 in the 200m breaststroke, has officially hung up the goggles.

Soni hasn’t competed since her 2012 London Games performances, where she won the 200m breaststroke in world record time, beating Canadian Annamay Pierse’s super-suit record from 2009. The record has since been broken by Denmark’s Rikke Moller Pedersen at last year’s FINA World Championships in Barcelona.

Soni retired on top, winning half a dozen Olympic medals, including silver in the 100m breaststroke and gold in the 200 and 4x100m medley relay (also in WR time) in London. Overall she has over 20 medals at major international competitions to her name, including at the Olympics, Pan Pacs and Worlds. At the Beijing Games she won a pair of silver medals and a gold in the 200m breast, upsetting Australian Leisel Jones.

With today’s swimmers competing later and later, Soni is a bit of an anomaly. Her last competitive swim came at the age of 25. Fellow breaststroker Amanda Beard (32) is still swimming, as is Natalie Coughlin (31), while Janet Evans made a brief comeback appearance at the age of 41. Dara Torres was 45 when she competed at the US Olympic Trials in 2012.

In retirement she has partnered up with fellow American swimmer Ariana Kukors to form The Atlas Ventures, an organization that aspires to help educate and motivate athletes through workshops. In their own words –

“Our goal? To spread the knowledge we gathered through our years of experience training our bodies and minds to perform at their absolute peak, as well as the new things we are currently learning that we wished we had known earlier. Because let’s face it, everyone can use a little extra motivation, inspirations or just plain awesomeness.”