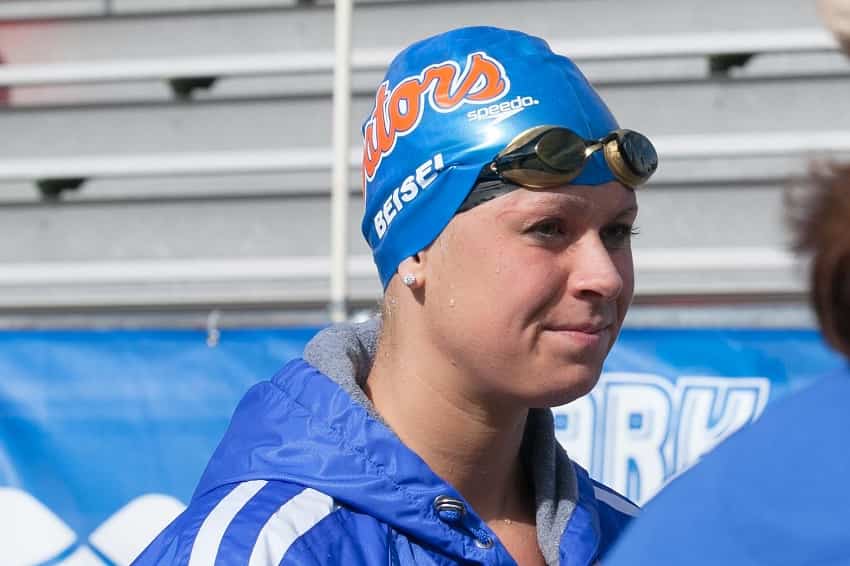 Elizabeth Beisel is a 3-time Olympian and double Olympic medalist.

Silver Linings, written with Beth Fehr, is an autobiography that covers Beisel’s swimming career, from her humble beginnings in the Rhode Island age group ranks to representing the United States at three consecutive Olympics Games.

Over the course of Silver Linings, Beisel details it all: The injuries, the triumphs, the highs and lows, the missteps, and the lessons learned along the way.

Silver Linings is and easygoing and excellent read for young swimmers, coaches, and swim parents who want a behind the scenes look at excelling at the sport.

For swimmers, they will see firsthand the sacrifices, commitment, and hard work that goes into creating an Olympian. Swimmers will take away the fact that even elite swimmers are prone to feeling uncertain before a big race, have collapses in confidence, and struggle with the day to day motivation of training.

While the book contains a long line of lessons for swimmers, there were few things in particular that stuck out for me.

Here are some of my favorite quotes, passages, and takeaways from Elizabeth Beisel’s book, Silver Linings. 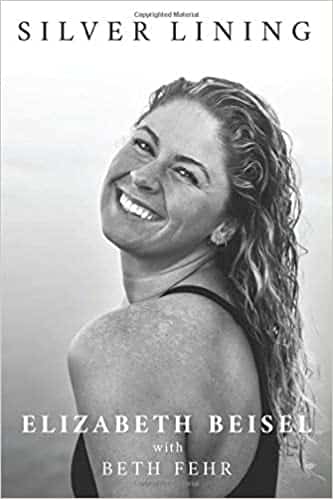 Where to Buy “Silver Linings” by Elizabeth Beisel

In 2007, as a freshman in high school, Beisel qualified for her first World Championships meet. She was the youngest American swimmer to ever qualify for the US National Team, and as a result, felt a little out of place among the more senior athletes on the team.

She was just 14 years old, with the next oldest national team member four years older. At that age, that feels like a lifetime. Even though she dreamed of representing the USA internationally, the scope of the meet was overwhelming.

After advancing to the semi-finals in the 200m backstroke, the pre-race nerves only increased. With the big gap in age, she felt like there was no one she could confide in.

The event is always different than what you imagine it will be. There are things you can’t be replaced by experience. Going to the Olympics was one of them for Beisel. 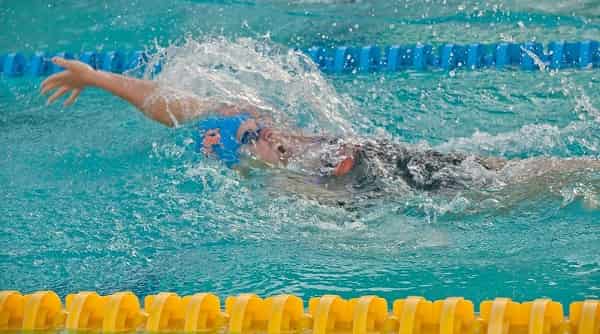 Use your disappointments to fuel the next step

On the flight home, sitting beside teammate Allison Schmitt, who had placed ninth in her individual event, the 200-meter freestyle, the two youngest members of the US Olympic team plotted their return four years later.

They would turn the setbacks into comebacks.

Squash anxiety and doubt before the big race with the oldest piece of advice in the book: Just have fun.

At the 2011 World Aquatics Championships in Shanghai, Beisel posted the fastest time in the heats of the 400m individual medley.

Even though she was going in as the top seed, her warm-up before the final did not go well. She was significantly off her target race pace, doing 50’s of breaststroke in :44 when she was supposed to be holding :39s.

Her mind was spinning with doubt. She felt like she was over it, especially after placing fifth in the 200-meter backstroke, an event she thought she should have won.

Gregg Troy, her coach at the University of Florida, approached a moping Beisel after she got out of the warm-up pool and pulled her aside. 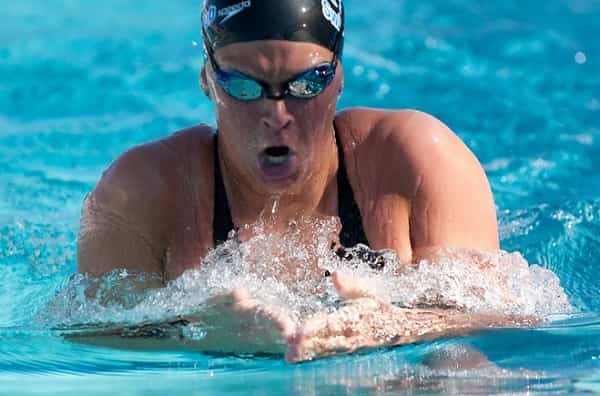 All you can do is your best

At the London Olympics, Beisel was confident that she would take home the gold in the 400-meter individual medley. Training had been going great, she was part of a strong USA team, and Coach Troy was on the coaching staff.

When Beisel completed the breaststroke leg, she had a substantial lead. The gold was hers.

But it didn’t take long for that dream to collapse.

After just 25m of freestyle, a fast-moving splash in the lane next to Beisel was closing the gap. Quickly. By the time they turned at 350-meters, Ye Shiwen had blown past her with “so much momentum that I felt as if I had literally stopped moving. I tried with everything I had to catch her, but she only kept pulling farther and farther away.”

Beisel touched the wall, claiming silver. But she was at a loss. She had been winning at the 300-meter mark… what had happened? The doubts came crashing down:

Making matters worse was the media gauntlet in the moments after the race.

After the post-race breakdown, where Beisel realized she had swum the fastest freestyle split she’d swum, and that Shiwen’s freestyle leg was faster than the freestyle split Ryan Lochte put up to win the men’s 400m individual medley, there was a sense of relief. She’d done her best. That was all she could ask of herself.