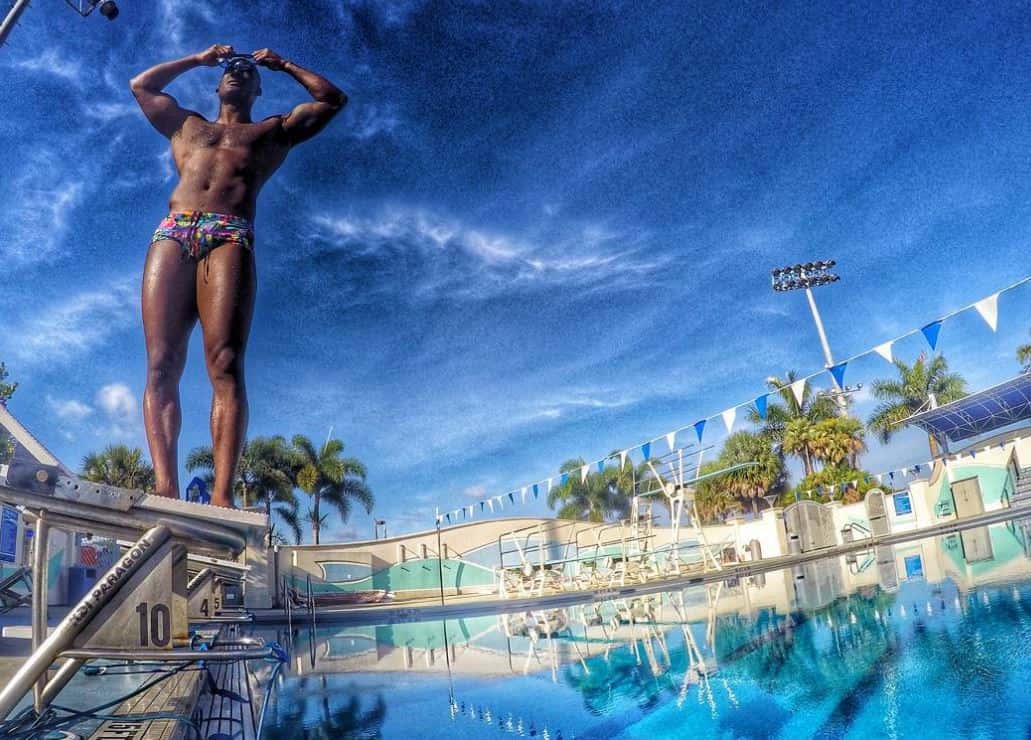 Sprinters know that their race is made or lost in the start. It’s no accident that France’s Florent Manaudou, the reigning Olympic champion in the 50m freestyle decimates everyone off of the blocks and through the breakout.

The swim start is fundamentally a dryland activity. It’s not something you can work on while swimming your laps, it’s something you gotta dry off and train, which is maybe why so few swimmers truly excel at it.

Elvis Burrows, a 27-year old drop-dead sprinter from the Bahamas has one of the most powerful starts in the business.

The former University of Kentucky Wildcat represented his home country at the 2008 Olympics in Beijing. In 2012 he just missed out on qualifying for the London Games, missing the cut by 0.04.

Since then he has been refocused on going to Rio. And with the dryland stack that he performs below you gotta believe that he is going to be fast.

World Champion Bill Pilczuk on How to Improve Your Start. He upset legendary freestyle champ Alex Popov with one of the most dazzling starts in the business. Here are his tips for building more speed and power off of the blocks.

Brad Tandy’s Start is Utterly Ridiculous (Video). South African Olympian Brad Tandy owns one of the fastest starts in the sport. In these videos he decimates the PAC-10 as well as an international-calibre field at a US Grand Prix meet.

Runners: A Simple Drill for Cleaner Starts. Olympian Natalie Coughlin demonstrates a simple (but kinda dangerous) drill for improving your entry and speed off the blocks.

Weight Training for Swimmers: A Letter from Your Strength Coach. Some of the top strength and conditioning coaches from the NCAA stop by to share some pointers on how to make the most of your time in the gym.