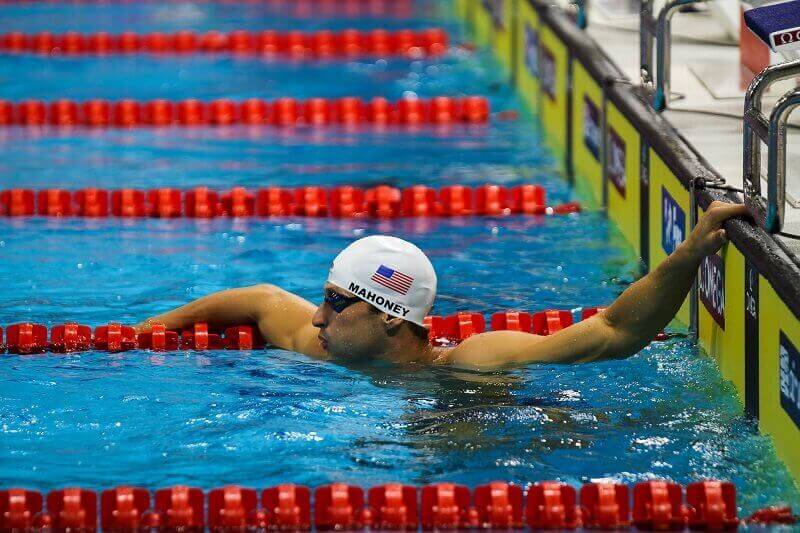 Do swimmers sweat while they train? Spoiler alert: Big-time.

There are a ton of health benefits to swimming. The swimmer’s body, for one. Being ridiculously, ridiculously good-looking, for another.

One more is that we can crush a 90-minute workout full of high intensity swimming, burn a kajillion calories, and not be drenched head to to toe in sweat.

Unlike our land-locked athlete cousins we emerge from our workouts with our clothes dry and foreheads bare of beads of perspiration.

It is tempting to think that because we train in water and because we don’t see any sweat streaming out of our pores that we don’t need to pay attention to our water bottle over the course of our swimming workout.

The warning signs of dehydration can be especially difficult for swimmers to notice.

Dry mouth? A little bit of pool water in the mouth covers that up in a hurry. Lots of sweat? Can’t really tell. Overheating? Let me just dunk my head under the water for a couple seconds to cool off.

The 1-2 whammy of thinking that because we don’t need to hydrate because we swim in a pool, and because the symptoms of dehydration often end up going unnoticed until much later, makes it critical for swimmers to stay on top of their fluid intake.

Swim and Sweat: The Performance Effects of Dehydration

Why is hydration so important?

Mainly because the effects of dehydration kinda, totally suck.

It further increases body temperature (creating a deeper dehydration debt), sends your heart rate up, and makes your swimming feel harder than usual (your perceived rate of exertion goes up).

It doesn’t take much to experience the effects of dehydration either (whether it is as a result of the workout itself or you were dehydrated when you showed up to practice).

Even if you are only 2% dehydrated performance will start to suffer, with those training in warmer environments (curses to you pool supervisors and lifeguards who turn up the pool temp) being particularly susceptible.

Okay, so knowing that staying hydrated is important, and that we want to stay nice fluid balanced, the next question becomes…

How Much Do You Sweat When You Swim?

Before we dive into the research (swimming pun!) here are some fun facts for you to know about sweat:

One of the largest influences for how much you are going to sweat is going to come down to the temperature of the pool.

If the pool you train at is quite cool, and we know that the temperature of the environment plays a role in how much you perspire, then it is likely that the amount you sweat is going to less than if you are one of the poor swimmers who trains in a pool that reflects the temperature of a hot tub.

For more definitive answers, to the science!

A group of elite swimmers were tracked for a series of training sessions, monitoring their body mass before and after in order to determine sweat rates and what it would take to achieve fluid balance.

The study found the 41 participating swimmers (21 female, 20 male) were a bunch of sweaty little swimmers! 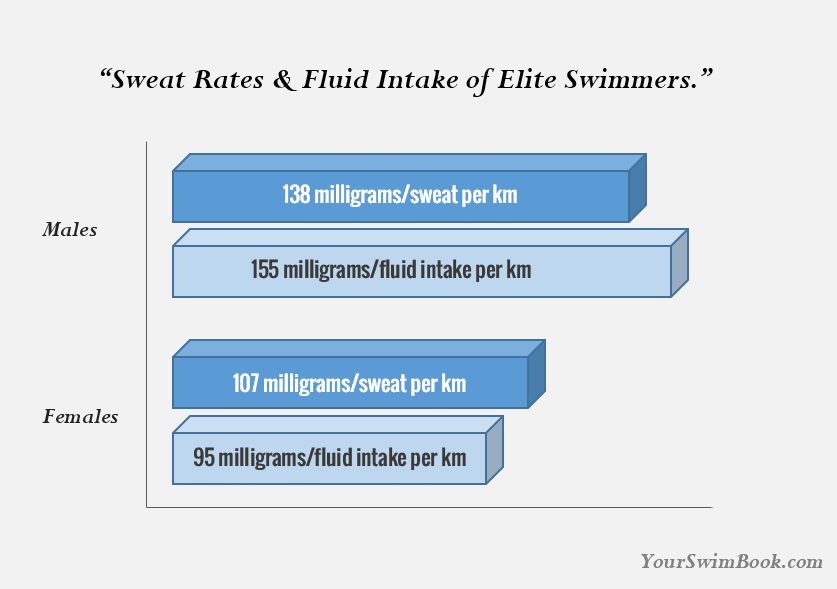 So if you extrapolate those numbers to a 4,000m workout the average male expels 552 milligrams of sweat, while the ladies sweat out 428 milligrams.

A group of nationally ranked swimmers were measured before and after a pair of 105-minute swim practices with four waterproof absorbent patches that were applied at four different locations across the swimmer’s body to measure sweat loss.

The numbers were fairly consistent with the previous study. 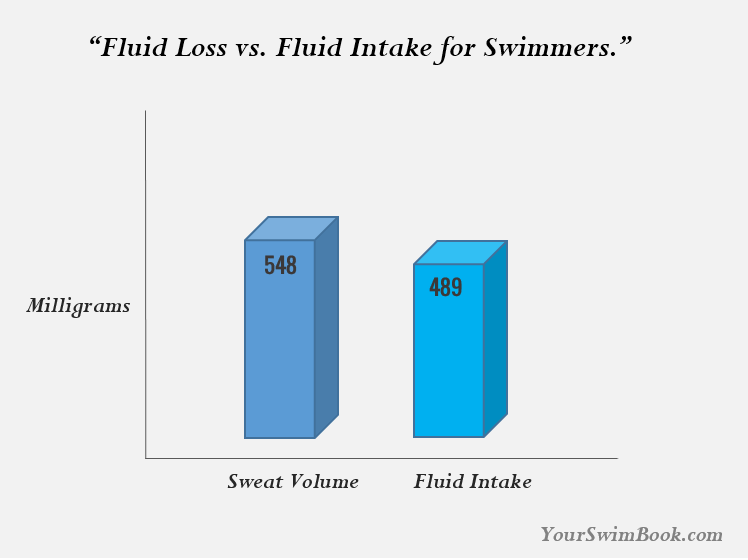 The swimmers in this study would sweat out an average of half a liter of water, with the sweatiest of the bunch losing nearly 800 milligrams of sweat.

Okay, so now that we can dispel with the myth that we don’t sweat while swimming, we can say with certainty that swimmers need to be drinking water while they are training in the, err, water.

According to the previous studies in order to maintain fluid balance in the water swimmers should be ingesting at least half a liter of water over the course of their workout.

Being adequately hydrated is essential in helping the body recover promptly after a tough workout, so don’t forget to keep on sipping the water in the hours after your practice as well.