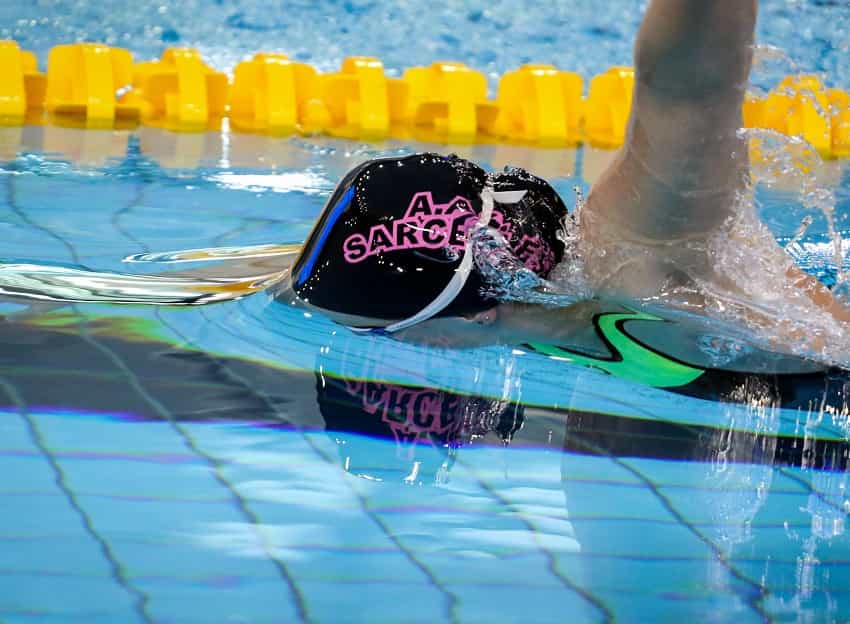 Except for when the small things are right in front of us.

And of course, my thoughts always go to the big things I want to accomplish. Bigger the better!

Like a lot of you, I am a sucker for big, greasy overnight success stories. They are fun to read, highly motivating, and there’s just something about that “Enough is enough!” mind-set that happens when we start whiplash our determination and focus for things that are 10x better than what we are presently doing.

Taking an all-or-nothing approach to our goals is fun, and it fires a caffeinated shot of motivation through our veins, so we do it. And the rush of it is so intoxicating that we do it over and over again, even though once the buzz fades we aren’t really sticking to the original plan, and we aren’t so into that big goal anymore. But given enough time, we forget. And we try again.

All or nothing is over-rated. It’s a made up principle that anything gets accomplished this way. The reality behind big, small, medium and any goal that falls within that range is far more boring and perhaps even disappointing–goals get accomplished through details.

Just being a little bit better. Each day. Over and over.

The details at work

Here are some examples of the power of the details.

I get a lot of questions and interest about improving a swimmer’s underwater dolphin kick. It’s become an integral part of all four strokes, particularly in short course pools.

Plus, being a really good underwater dolphin kicker is a lot of fun. (Who doesn’t wanna move through the water like a dolphin, after all?)

So let’s say that you wanna crank up your dolphin kick.

Could you go to the pool today and do just one extra kick off each wall? If you usually do three kicks, could you do four? If you do none, could you do one?

Core strength is important for swimmers. You likely know this already.

Whether it’s helping our shoulders and hips rotate properly, keeping our kick and leg movements sharp and powerful, or maximizing the power you exert with each pull, being strong in the middle helps you to be strong everywhere else.

Could you hang around after practice and do ten minutes of core exercises each day?

I’m not talking about spending an hour a day—just ten quick-ish little minutes hitting your core?

The start is one of the most important parts of your races, particularly for you fast-twitch sprinters. Races are won and lost off the blocks. (See: Caeleb Dressel’s epic start.)

Could you take a few minutes at the beginning or at the end of practice to do five starts as well as you possibly could? (Preferably with the feedback from your coach or even just video taping yourself and critiquing them later.)

Just a handful of starts per practice—could you handle that?

Why we make easy things so difficult

On the surface, adding one extra dolphin kick to each of your push-offs or doing ten minutes of core work after practice or doing a few extra starts are all a piece of cake.

And yet, if these things are so easy, why do so few swimmers actually do them?

Why do so many swimmers forgo the easiest of easy improvements?

Because it takes a while for the attention to details to really reveal themselves. The “overnight” success story takes a while to unfurl.

Few have the patience to ride out the first few weeks and months of minimal improvement that comes from working the details.

Focusing on the details works the same as compound interest. The return at first is tiny, bordering on meaningless. Which is exactly where people jump ship. We don’t see the big improvement we all truly want, and so we quit and go back to doing the way we’ve always done things.

But the big results—the large surges in interest and skill—come from time, pressure and repetition.

Sticking the details for one week might make you feel like you’ve improved a little bit. But you aren’t going to get a crazy amount of improvement. You might not even see it after a couple weeks or a month.

But as time rolls on, and as you make those details habitual (meaning you don’t have to give them so much thought after some repetition), the balance will begin to grow faster and faster.

Then one day, on some random day when you aren’t thinking about it or expecting it, someone will pull you aside and ask you how your dolphin kick got so good or how those glorious abs of yours came to be or how you developed such a rocking start.

It won’t feel like an overnight success story, because you will know the time and steady pressure it took to make it happen. But to others it will seem like a big breakthrough.

Your daily deposit of details

Let’s go back to our example of doing one extra dolphin kick off each wall.

If you are swimming 4,000m in a short course pool, six days a week, over the course of a year that is almost 50,000 extra dolphin kicks.

Think your dolphin kick will improve by leaps and bounds with that many reps? You know it!

Stretched out over the course of a year that is 3,120 minutes of core-blasting six-pack awesomeness.

Assuming you are at the pool six days a week, that is an extra 1,560 starts per year.

They are small when we are in the middle of them, but if you treat them like compound interest, and just go to the pool each day and make your little deposit of the details, you are going to get paid out in spades in the long run.

What’s a detail or two you can throw down on at practice each day this week?

Start with one practice. Then do it for one week. One month. And you know the rest.