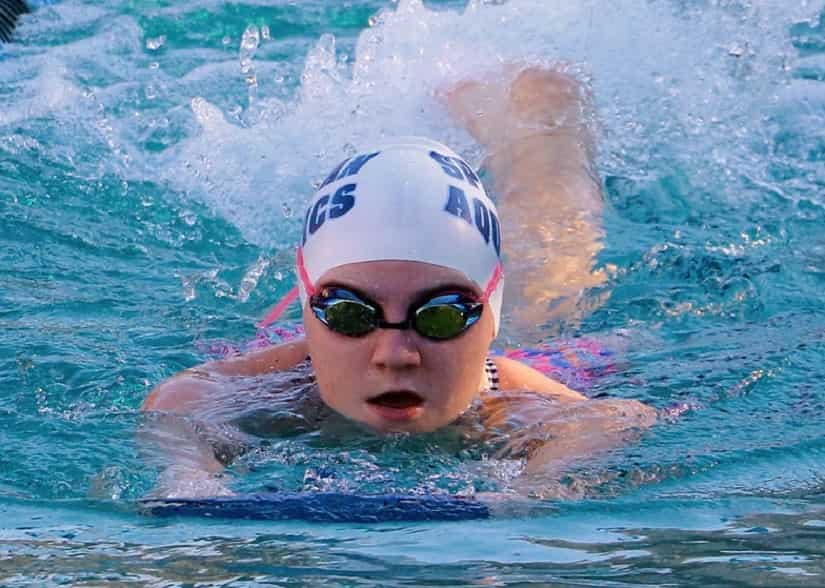 Keep it short, keep it fast–that is the concept behind USRPT sets. Here is a USRPT-themed kick set to help your swimmers improve both their underwater fly kick and their overall kick speed.

When it comes to bang for your buck swim training, USRPT (Ultra Short Race Pace Training) is pretty much it.

Popularized by Dr. Brent Rushall, and more recently age group phenom and Olympic Trials finalist Michael Andrew, the sets are designed to be short and highly intense. The low number of reps and rest might make it seem easy, but its simplicity masks the difficulty and intensity required to do it properly.

Spartan Aquatics head coach Rapolas Janonis embraces the concept of USRPT and applies it to the kick work he does with his athletes. The result is less of the long, boring over-distance kicking that some programs lean on, and more of the high speed, full effort kicking.

The following pair of kick sets were submitted by Coach Janonis, who has been in the sport since the age of 8. Since then he represented the Lithuanian Youth National Team and a relay national record holder.

As a coach he’s produced numerous swimmers to NAG top 10 appearances, and has a B.A. and M.S. in Kinesiology.  Currently he is the head coach of Orange Park, Florida-based Spartan Aquatics.

Here is his favorite set for improving your underwater dolphin kick and freestyle kick, as well as some video of some of his athletes performing the set which he was gracious enough to send over:

This set, and Coach Rap’s comments reinforce something we have previous covered here–and that is the issue of at what point do your walls and underwater dolphin kick actually slow you down.

Your underwaters should be trained with the goal in mind that you are going to make them faster then your swimming speed, after all.

This set is designed to help you get there.

A big shout out to Coach Rap and his swimmers at Spartan Aquatics for taking the time to send over this kick set. You can stay up to date with SPAC at their website.

How to Improve Your Kick with Mesa Aquatic Club. Paul Smith, head coach of MAC shares one of his favorite kick sets and kicking drills to help supercharge a swimmer’s kick speed.

How to Develop an Unstoppable Freestyle Kick. Everything you need to know, from the importance of flexibility and ankle strength, in order to boost your freestyle kick.