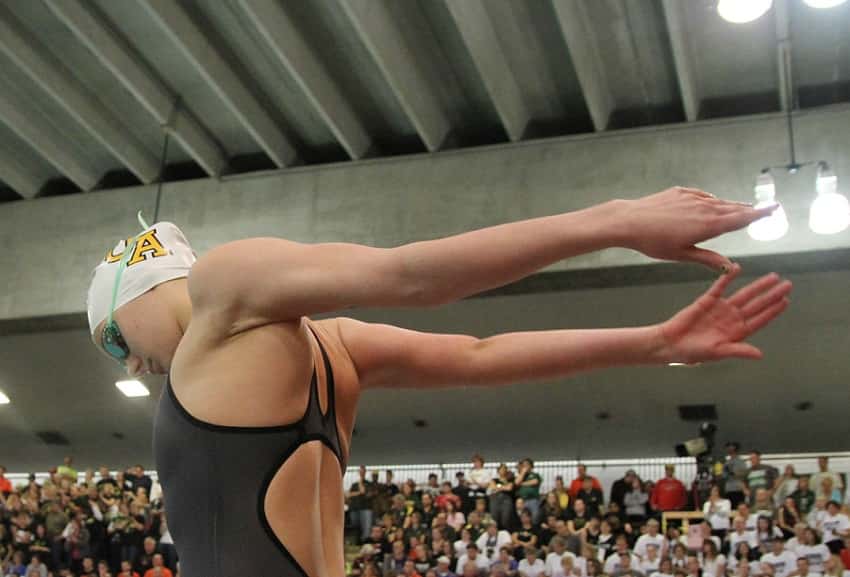 What we eat in the morning sets up for the rest of the day, both in the pool and out. Here’s why swimmers shouldn’t skip breakfast.

For swimmers who are looking to perform better through better eating the questions always seem to revolve around what to eat after a tough swim practice, or what to eat before in order to maximize effort.

I also get a ton of questions about what swimmers should eat before and during swim meets.

But rarely does the topic of breakfast come up. Which is odd, considering the heavy influence in plays not only on our morning workouts, but how we feel and train over the rest of the day.

Now, I understand that there are a lot of opinions on breakfast. Some swimmers simply aren’t hungry when they wake up. Or they don’t have time to eat. Or they’ve been told that it’s better for them to not eat in the morning. 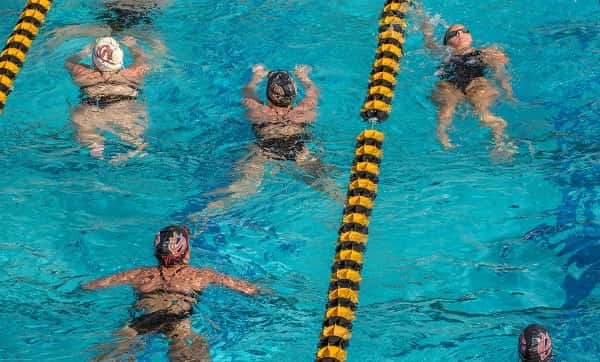 There is some evidence that continuing your fasting through the morning can help with weight loss (although the side-effects of not eating, including lethargy and difficulty focusing go a long way in wiping out any boost in fat burning), but for growing athletes skipping breakfast doesn’t make sense.

You will eat better over the rest of the day.

You know the feeling well—you limp in the door after a long day, with two long workouts, a full day of studying, and all you can think about is dunking your head into a bowl of pasta.

Recently I asked a group of sports dietitians for nutrition tips for athletes and the most common answer was, “Eat breakfast!” It sets you up for a more balanced day of eating.

When we go through our day at a calorie deficit eventually the hunger will catch up to us, and the moment we have more than ten minutes to ourselves (which is usually later in the evening), we are going to stuff ourselves silly.

Eating breakfast helps you dampen those epic episodes of binge eating that happen in the evening.

Your later workouts will suffer too.

Not being fueled before a workout will leave you feeling sluggish, reduce energy supply to your muscles, and slow down your metabolism. Your heart rate will be higher than usual, and your rate of perceived effort will increase.

These effects won’t just be limited to those morning workouts, however.

In a study performed at the University of Loughborough researchers took a group of men and had them fast overnight (no midnight snackies!). Half continued the fast until lunch time, while the other ate a regular breakfast. Both groups ate lunch, and then 90-minutes later did 30-minutes on the bike at half their VO2 max, followed by 30-minutes of fast biking.

The group that ate breakfast performed 4.5% better than the fasted group (who also ate an average of 200 extra calories at lunch), which is significant given that the testing was done 5.5 hours after their missed meal.

Your brain runs on glucose. So ya need it. In fact, the brain burns through 20% of your daily energy haul.

Those who missed breakfast consistently reported feeling lethargic, unfocused, and experienced a decreased level of activity. Skipping breakfast has the unfortunate side effect of making us less S-M-R-T.

For a lot of swimmers the idea of getting out of bed any earlier than they have to fills them with a sense of revulsion. When it’s 4:57am and another 3-minutes of sleep feels like the difference between life and death, breakfast is instantly sacrificed with zero guilt for a little more pillow time.

There’s an easy way around that. It starts with the word “meal” and ends with “prep.”

The night before put together a quick and balanced breakfast to shovel into your mouth when you get up. You don’t need to have a 5-egg scramble every morning when you wake up (save that for breakfast #2 after morning practice), but you should get some a mix of carbs and protein in ya before heading to the pool.