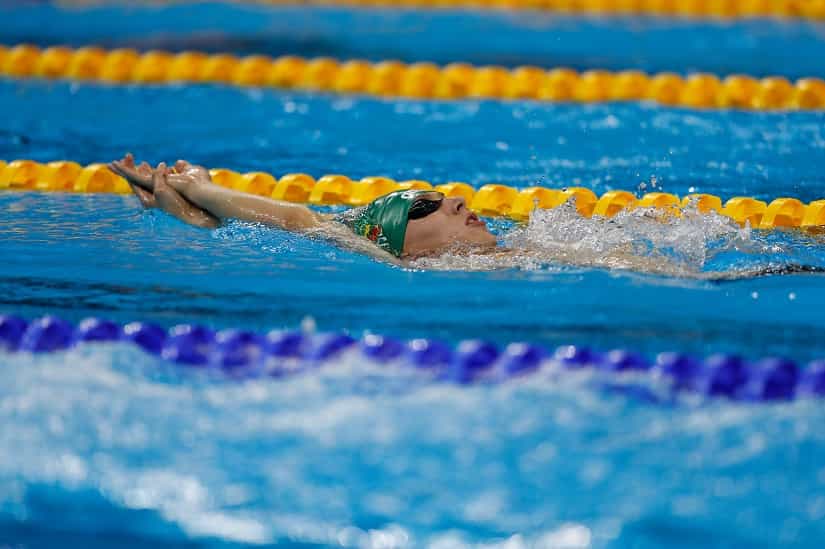 Swimmers are always looking for an advantage in their training. One of the most popular ways to do so is supplementing with a form of pre-workout beverage. Here is what swimmers should know.

The swimmer’s grind is tough.

Each morning a legion of young athletes wipe the sleep from their eyes under a dark sky and shuffle into their local pool for a bruising workout. Two hours later they head off to work or school, and return later that day for another practice that ranges from 2-3 hours.

This crushing commitment is hard to sustain. There is no question about that. Sleep gets lost over the course of the week from sloppy time management, and with shortened rest comes added fatigue.

During these tough stretches of hard training, when we need a little kick to the butt-butt to get back to the pool and unleash another two hours in the pool, it is typical for swimmers to lean on an energy drink of some choice, whether it is coffee or tea, an “all-natural” energy drink (all-natural, riiiiight), or a type of pre-workout powder.

Pre-Workouts Are an Easy Sell

The reality is that athletes, no matter how talented, dedicated and motivated they are, don’t always have the stamina or endurance to push themselves to where they think they need to be.

And that’s where the rabid, oversized supplement industry steps in.

We all want to perform better and faster, and they capitalize on these promises with products that are designed to boost performance, crush fatigue, extend power, and so on.

With a mixture of big words, big promises and bright, in-your-face marketing and claims of being revolutionary and “300% more XTREME!” we hope that dishing out $50 for a container a third full with “proprietary matrix blends” will help us inch closer to achieving our goals in the pool. 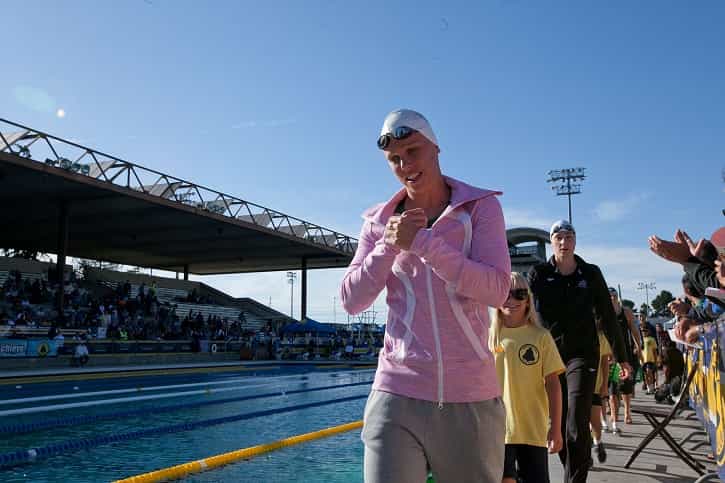 In a word, pre-workout is all about getting you motivated and focused to workout. (Fourish words. My bad.)

The benefits of pre-workout are pretty straight-forward:

The use of stimulants in swimming is not even remotely new.

Whether it is coffee, with swimmers like Michael Phelps typically downing 2 cups with breakfast, as well as 100m IM world record holder Russian sprinter Vlad Morozov, or other types of stimulants, getting a buzz before practice or a big swim is not particularly new or rare.

Caffeine is one of the most commonly used and safest–when used in appropriate doses, obviously–supplements available on the market today, and as a result, has been researched quite exhaustively:

So that’s great, we know caffeine is helpful…

But the thing with most pre-workout powders is that they aren’t just full of caffeine.

Depending on the brand, they can be filled with a variety of things that include the murky and unspecific special and proprietary blends that could quite literally be made of anything.

(As a result there is no legitimate research on these brands and their effectiveness on athletes.)

And that’s just where the downsides start.

Pre-workout can act as a band-aid for poor sleep habits.

You already know how you feel when you don’t get enough sleep—cranky and lethargic.

But chronic sleep deprivation has very real consequences in the pool (a Stanford study found a half second improvement in 15m sprint times after just 6 weeks of sleep extension), and perhaps more importantly, to your long term overall health and development.

Taking pre-workout to mask the sleepiness and sleep deprivation can keep you chugging along a little while longer while putting off the inevitable crash, encouraging less optimal sleep habits and short-cutting recovery.

It can cause you sleep problems at night.

This one depends on your sensitivity to caffeine.

As someone who doesn’t drink coffee, if I take pre-workout any later than 7pm (there is a nearly deserted long course lap swim at my local pool from 8-11pm, unfortunately), no matter how hard I workout that night I am still going to have some difficulty falling and staying asleep.

Taking pre-workout to help you power your way through those late night workouts consistently will lead to some shoddy sleep habits (which will ironically enough make you need to lean on stimulants more and more as the sleep deprivation accumulates).

You never really know what you are getting with supplements.

There has been class action lawsuits and charges filed against major supplement companies like MusclePharm for “spiking” supplements (their protein powder was found to have half the stated amount of protein and stuffed with fillers).

Even more critically for athletes, if you don’t know for 100% for certain what is labeled is what you are consuming you open yourself up to the possibility of screwing around with a positive doping test.

If you are going to roll with supplements, and you are approaching or are at an elite level, and thereby subject to being tested, stick with the athlete approved stuff (NSF Certified for Sport is one agency that has a list of “clean” supplements).

When you look at the back at many popular pre-workouts you will notice that many of them contain proprietary blends.

Things like “Active Citrus Matrix” or anything that contains the term “complex” or “amplifier” or “super secret mix” are red flags.

None of these companies are reinventing the wheel, they are simply selling you a “super secret” formula on the premise that they don’t actually want to tell you what is in it. (Cheap crap.)

It’s not a substitute for good eating habits.

When you glance at the label of a lot of pre-workout powders you not only see a few made-up ingredients, but sometimes a laundry list of vitamins, amino acids, creatine, and much more.

The sheer number of ingredients can fool a swimmer into thinking that they are getting what amounts to a well balanced meal with their pre-workout shake, and as a result, it can lead to some less than stellar eating habits.

A supplement should be exactly that, something is complimentary to a full and healthy diet (something almost all swimmers are not getting to begin with).

The upside on pre-workout is not always pretty for people who are taking it for the first time.

I have seen more than few people over the years try it once and swear it off for life after having their skin crawl, their skin burning, heart palpitations, anxiety, and GI issues.

If you have never taken a pre-workout before, take well below the recommended dosage to see how well you tolerate it.

Soo…Should I Take Pre-Workout Then?

If you are taking it solely to get in shape (i.e. won’t be facing doping control anytime soon), work out early in the day, can responsibly use stimulants, and don’t mind the occasional burning face and heart racing that comes with some brands, then go for it.

But for you elite athletes, it’s a roll of the dice.

You can test positive for just about anything these days, including excess caffeine. And while there are a couple agencies that certify specific supplement makers as making supplements that are certified for use, there is still risk involved.

As the examples of those high level athletes above reveal, even those with support systems and access to dedicated sports dietitians can still fall victim to an inadvertent doping infraction.

The truth about pre-workout for swimmers is this…

Sure, it might give you that extra little kick, but at the end of the day it will never replace the fundamentals of fast swimming, and that includes training smart, training hard, sleeping lots, and eating like a boss.

The final obligatory word of caution:

Use supplements with care. Start by sitting down with a sports dietitian to figure out a meal plan in order to get all of the nutrients you can with food (which is better for you anyways).

Get a qualified, professional opinion with someone who knows what they are actually talking about and not just the dude at the gym whose teeth can’t stop chattering and who has water-logged arms.

This article is part of our “nutrition for swimmers” series.

Here are other posts in this series: