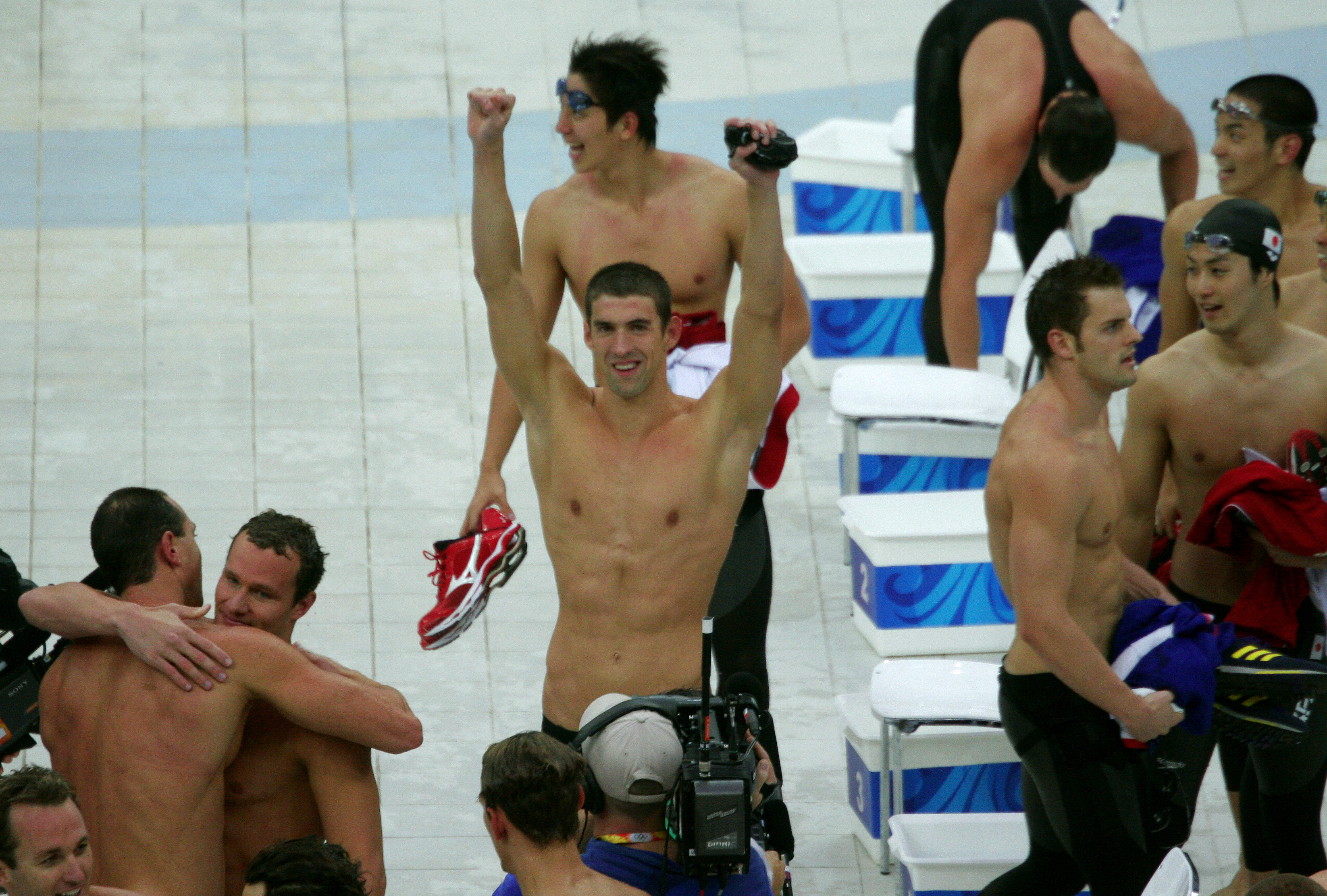 Here are 10 motivational swimming quotes, from the greatest swimmer of all time, Michael Phelps—

[blockquote]Nothing is impossible. With so many people saying it couldn’t be done, all it takes is an imagination.[/blockquote]

Phelps sets him apart by the competition by willing to dream the impossible, by willing to stretch the borders of what is considered possible in the sport of swimming. Ultimately his swimming would demonstrate that limits are made to be not only broken, but completely disregarded.

[blockquote]Before the (Olympic) trials I was doing a lot of relaxing exercises and visualization. And I think that that helped me to get a feel of what it was gonna be like when I got there. I knew that I had done everything that I could to get ready for that meet, both physically and mentally.[/blockquote]

Phelps understood that excellence at the peak of the sport was more mental than anything else. He knew that he would have to be zeroed in on his swim and tune out the distractions; whether it was the competition, the media, or even his own expectations.

[blockquote]If you want to be the best you have to do things others are not willing to do.[/blockquote]

Phelps had a work-horse ethic when it came to putting in work. He trained 7 days a week because that extra day (most swimmers typically train 6 days per week) would give him the edge he needed.

This mindset is precisely what set Phelps apart from the competition. An unwillingness to accept the status quo, a refusal to allow others expectations of him (and ultimately of themselves) to dictate what he was capable of.

[blockquote]Things won’t go perfect. It’s all about how you adapt from those things and learn from mistakes.[/blockquote]

While Phelps’ career was storied, it was far from perfect. There was the goggle fill-up in his 200m butterfly at the Beijing Olympics. His two brushes with the law. A lack of motivation and focus following the high of winning 8 golds in 2008. In each case he bounced back better then ever.

[blockquote]I feel most at home in the water. I disappear. That’s where I belong.[/blockquote]

Swimmers know this feeling. The silence, the aloneness, with nothing but your thoughts. Slipping into the water is rebirth, its zen, it’s quality time spent with yourself.

[blockquote]If you’re not on your game every day you’re gonna get smoked.[/blockquote]

Phelps knew that his success was in large part due to his consistency. He showed up every day to the pool ready to work, and it should be the same with you. Be willing to put in the work every single day. Success isn’t a part-time gig, nor is it something you stumble upon. It is a task you devote yourself to every single day.

Something awful happens when our goals don’t pan out. We begin to buy into the doubts, the nagging self-doubt that tells us that we aren’t as good as we think we are, we aren’t that talented, that we don’t deserve success. Your plans will go awry at times. It is specifically then that you must dare to continue to dream.

Phelps knew this better than most. To stretch your concepts of what you are capable requires setting hard goals. Some with smaller imaginations will try and knock you for dreaming big. Don’t give them the privilege.