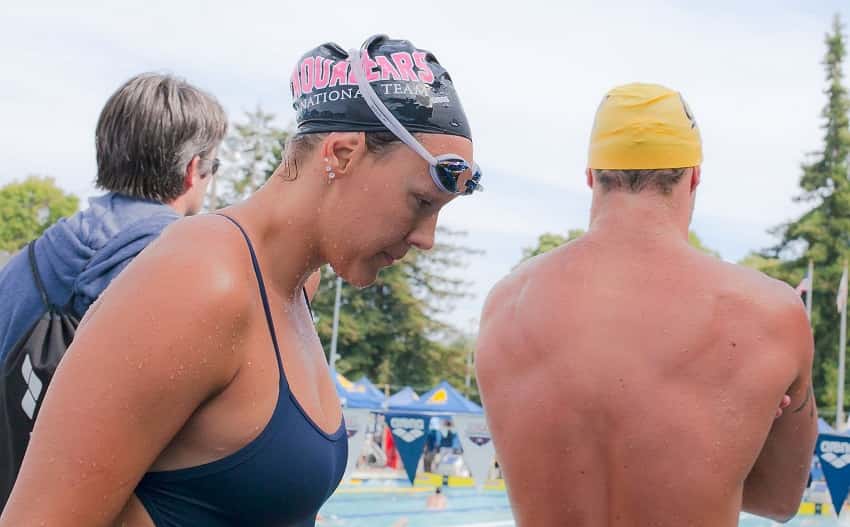 Coaching swimmers to their full potential is tough. Here are 5 mistakes swim coaches make in developing their athletes.

Over a nearly 20 year swim career I experienced a variety of swim coaches. Some great, some good, and a couple fairly so-so. They taught me a variety of hugely important lessons, from how to set goals to learning to focus on the process.

Those great coaches and the lessons they bring stick with you, and also highlight the things the not-so-awesome coaches were doing.

Here are five fixable mistakes that coaches make when it comes to developing better swimmers:

There really isn’t much to say about this particular swim coach. Instead of watching and instructing they are more likely to be seen reading a newspaper (the modern equivalent would be using a cell phone) while swimmers perform mindlessly long repeats in the water.

Given that swimmers have only a couple hours in the water to refine their technique and develop better fundamentals that time should be spent being instructed.

Perhaps most critically, this type of disinterest, whether intentional or not, sets the tone for the group and team and filters downwards through the athletes and assistant coaches. If the coach doesn’t really care, then the swimmers are less apt to give a chlorinated woop-woop about their training as well.

“Just because,” isn’t an efficient motivator. Athletes want to feel engaged, they hunger to be part of the process.

When athletes understand the guiding principles behind a ridiculously hard set they are more likely to take ownership of it.

“To develop a stronger finishing kick,” or “To close your race like a boss,” or “This set is designed to help you demoralize the competition on the third 50 of your 200,” provides not only an understanding for the physiological benefits behind the prescribed sets, but it also creates a very clear and distinct benefit that the swimmer can use to stay focused and motivated during the set.

When swimmers understand and have purpose they are more likely to be engaged with those big workouts. Simple as that. 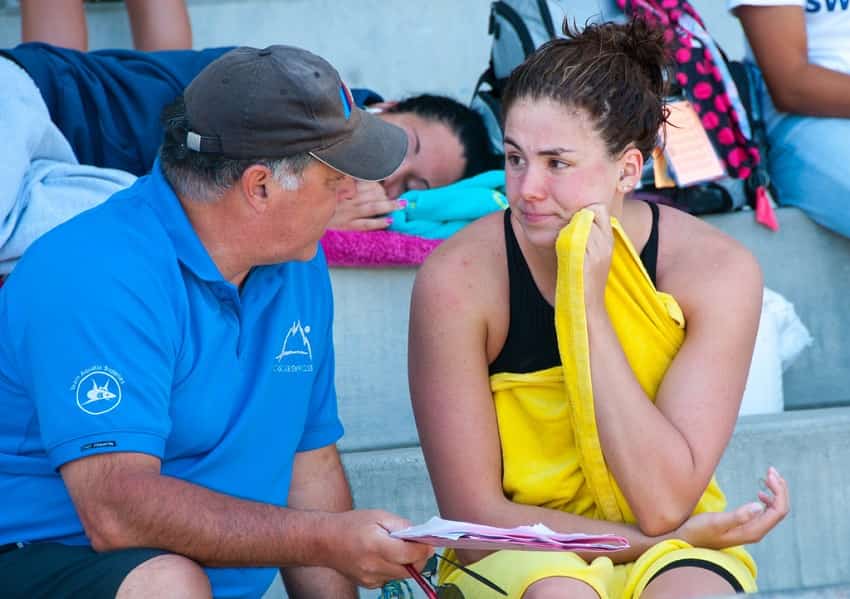 Swimmers are not born equal. What motivates one athlete won’t motivate the next. Training that works for one swimmer doesn’t produce the same results as it would for another.

This is where coaching becomes more art than science; learning to adapt to the needs of individual athletes is hard. It requires creativity and individualized processes for various athletes.

French sprinter Florent Manaudou’s coach, Romain Bernier, notes as one of his greatest influences time spent swimming at Auburn where the program was tailored to the individual, and not the other way around.

Treating all swimmers with the same training protocol—whether they are sprinters or distance swimmers—only insures that the specialty swimmers are more likely to bounce out of the program, or worse, fall out of the sport altogether.

Being overly focused on the results.

Gold medals, records and the glory that comes with it are all great and lovely. But swimming is about so much more than that.

It’s about learning valuable interpersonal skills. Providing a platform for young people to learn how to set goals and plan to achieve them. And just as importantly as learning how to win, also learning how to lose as well.

Great coaches know that it’s not so much about the results as it is developing swimmers who understand the value of the process. Who get that it’s about showing up and working hard each day.

The “refuses to adapt” coach.

Fads come and go in training. There are surely going to be things swimmers and swim coaches are doing now that will be looked upon with ridicule in a few decades. It’s simply part of the evolving nature of training as we learn more about physiology and athlete psychology.

But then you have the coach who doesn’t believe in the basic pillars of performance.

As an age grouper I had one particular coach for one season who didn’t believe in tapering. Seriously. In the days leading up to our biggest meets of the year we’d be still be crushing 8,000m workouts.

As you can guess, that year I hardly improved while other swimmers my age were dropping time left, right and center. The attrition rate from the program was unbelievable as swimmers, frustrated with not seeing progress, inevitably lost interest in the sport.

Phelps vs. Hackett: Two All-Time Greats Go At It In Practice. In some hair-raising training done while both were at their peak on the international stage, two of the greats went head to head for a week in Australia in 2003. Here’s what happened.

The Science Behind Setting Better Goals in the Pool. We have all been told the importance of goal setting. But here is how to do it properly in order to maximize your chances of success in the water.