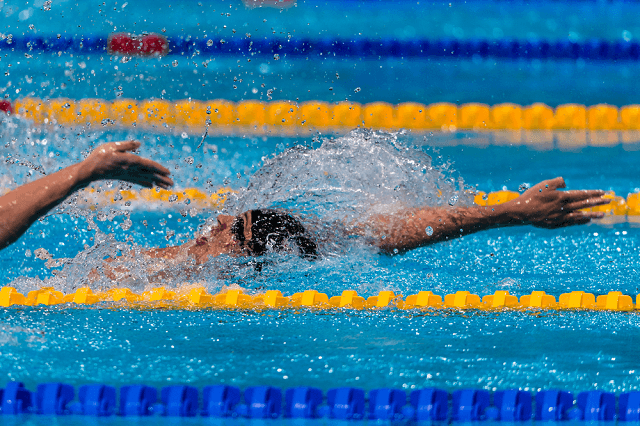 It’s too bad, she is a really talented swimmer…

What a waste of an amazing talent…

He’s so talented, no wonder he goes so fast…

If you have spent longer than ten minutes on deck at a swim meet you have heard a coach or parent say a variation of the above statements. The lamenting is surprisingly common, so much so that it cannot help but make you wonder why so many talented swimmers never achieve the trajectory that is expected of them.

Sure, laziness, apathy and a lack of interest are common reasons for why swimmers don’t realize the potential they hold. But perhaps there is a little more to this.

The reality is that we don’t understand why some kids are gifted, while others are not. We like to think that we have the answers—play classical music while they are still in the womb, use high grade organic “brain fuel” baby food, hire the best coaches and use the best facilities.

But in the argument between nature vs. nurture (a.k.a. the 10,000 hour rule), there is no clear winner for the time being. All great athletes are a mixture of both, just how much it balances out is hard to say.

The odd thing about talent is that when we heap the “you’re so talented” praise on an athlete, it tends to have the opposite effect of what we intend.

Here are 7 curses of being a talented athlete, as well as some research to back it all up:

Talent has high, often ridiculous, expectations. It expects to never screw up. It expects that things will go perfectly every time it wades out into the water.

Talent doesn’t like to ask for help. Talent expects to be able to do things on its own. After all, what is the point of being gifted if you need help or assistance?

Talent relies on itself. Talent feeds on praise, and when given enough of it expects it to simply be there whenever competition comes around. By leaning on their talent and avoiding things they can control, like their mental toughness, swimmers leave things up to fate (or rather, the competition).

Talent expects to be used. When you are recognized at being talented, the assumption immediately becomes that you have taken responsibility for this innate ability, and now you owe it to yourself (and others, it sometimes feels like) to see it through.

Talent isn’t earned. As a result, it can become to feel more like a burden. Something heaped upon an athlete who didn’t necessarily ask for it. The swimmer realizes that “talent” isn’t them, it isn’t something they requested, and the praise it receives has nothing to do with anything they have done. It’s the talent that did the hard work, the swimmer was just along for the ride.

Talent very quickly becomes expectation. “If only” they applied themselves in the pool he or she child would swim faster. With talent comes a series of expectations and bars that are supposed to be achieved. With talented athletes you start to hear the inevitable comparisons—“Oh, he’s the next Michael Phelps” or “She’s just as talented as Missy Franklin.”

Talent gets mixed up with self-identity. Our society rewards those who are impressive. And because the talented swimmer possesses something rare and admirable it is easy for them to sink into feeling as though they are the sum of these performances. They come to identify themselves as this talent—“I’m a fantastic swimmer and that is it.”

What the Research Says

Carol Dweck, known for her work with closed vs. open mindsets (something I will be getting into in future posts), studied a group of fifth graders in which the students took 3 different tests.

Outside of the fact that they performed worse, those who were marked as being innately intelligent also displayed less persistance and enjoyed the task less.

It’s not much of a stretch to imagine the same thing happening with a swimmer who is touted as being talented and gifted.