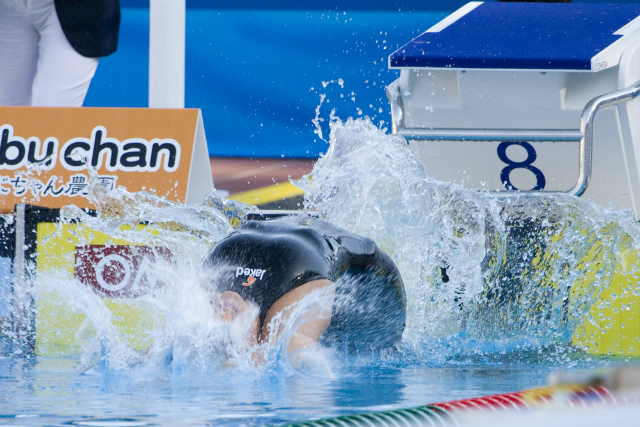 We have two swimmers.

They have relatively the same genetic make up.

They both receive the same instruction from the same coach, insuring that their technique is largely the same.

If they both perform one hundred hours of training in the pool, do you think that there results would be identical?

The answer is almost certainly no.

Small differences would snowball over time. The way each athlete develops that “feel” for the water would be different. The role of talent, that hard to describe and impossible to quantify variable, would play its role.

And while you might not see much difference from day-to-day, over the span of a hundred hours, a hundred days, or a full season a chasm would separate the results of the two athletes.

So what accounts for the difference?

Is it innate ability? Is it that athlete number two didn’t “focus” hard enough during practice?

In the pool there are certain things that you can control:

Are mastering the above aspects to your performance enough to send you careening into the stratosphere of excellence in the pool?

You will be good, possibly really good, but without some assistance in the genetics and “talent” lottery it will be a whole lot harder.

What is Talent, Per Se?

And given that we have a hard time determining specifically what makes one athlete talented versus another, it begs another question:

At which point do we tell athletes who are determined to achieve a specific level of success in the sport that they don’t have what it takes to do so?

“You can only measure one’s potential after his career.” – Gianluigi Buffon

I wish I could give a one-size-fits-all answer, but there is not one. The answer for each swimmer is as unique as their swimming abilities and circumstance.

At the end of the day, if you are passionate about the sport, love the day-to-day activities associated with it, and wouldn’t rather do anything else, than why not continue swimming? 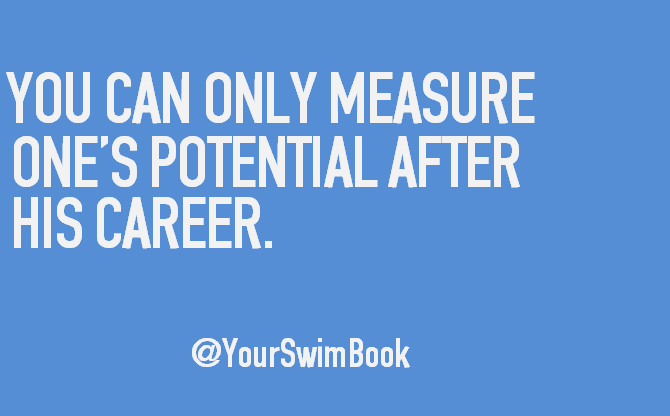 Our Obsession with High Performance

I suspect the reason people are so obsessed with talent and wanting to know if hard work can overcome genetic or environmental limitations is for two reasons:

1. They need the comfort of knowing that they could achieve excellence if they really wanted to.

It’s reassuring to know that we are just as good as the best athletes on the planet, that if we truly wanted it bad enough that we could be there too. If only we put in that certain number of hours, we could be on the top of the podium. And while this is a warm blanket of comfort for when we are sitting on the couch eating a bag of Doritos watching elite athletes perform in the television, it’s simply not true.

At some point you have stumbled across the 10,000 hours rule popularized by Malcom Gladwell in his book Outliers. In case you have missed it, here is what the 10k rule is essentially all about: that anyone, given the opportunity to perform 10,000 hours of deliberate and purposeful practice can attain mastery in a field.

The idea is a noble and highly attractive one: that we can democratize excellence.

That achieving at a peak level—not only in the pool but on the track, or on the court—is freely available to everyone, as long as you are willing to put in the work required.

It allows our brains a simple way to summarize how excellence happens: “Oh, Bobby who crushed a couple NAG’s last weekend? Obviously well on his way to putting in his 10,000.”

But, as research has shown, the amount of deliberate practice invested only accounts for 18% of an athlete’s performance.

So while it does play an influential role, it’s not the be-all and end-all that the 10k rule proposes itself to be.

2. They want to know if they should put the effort in.

Suspecting that they don’t have the innate talent that some of their peers might have, they want to know if a lack of talent or physical gifts can be overcome so that they can insert confidence and value into pushing forward into giving their all. Hedging their bets, as it were.

In writing this post I understand that it may come across as being bleak or dreary. That wasn’t the intent.

It’s not a call for swimmers who perceive themselves as being not as talented to abandon their goals or the sport.

At the end of the day, if you love the sport, you enjoy the rewards of seeing your hard work produce results, who really cares?

The rewards you reap go far beyond best times and personal achievements. They come in developing character, resilience, patience, and having a great time extending your limits.

Having the self-awareness to know that you won’t be crushing world records, and to be okay with it to the point that you can still train and enjoy the sport we both love, is a skill that will extend into “real life” as well: knowing your strengths and weaknesses is an undervalued skill in today’s age, where we are all taught that we can do absolutely anything we want as long as we put in the work.

What do you think? Are swimmers made or are they born?