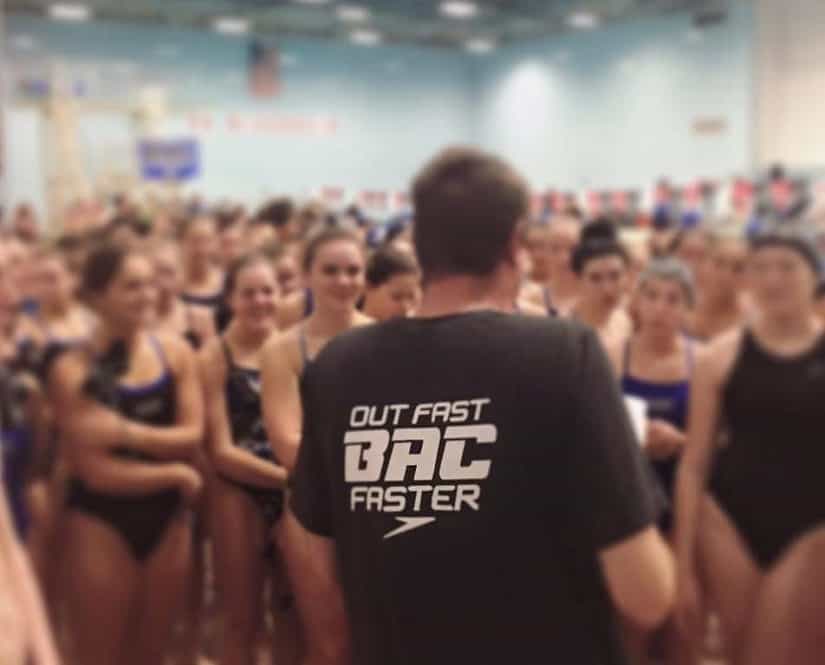 Build some serious closing speed with this IM/stroke set from the Badger Aquatics Club.

Drew Walden, Head Coach and CEO of Badger Aquatics sent over his favorite set for helping his swimmers develop some ruthless closing speed in their individual medley and stroke events.

(Sorry freestylers, we’ll get at you next time.)

Walden’s submission is designed to help swimmers focus and improve on their transitions, and ranks among his favorite sets. It’s also mega versatile and gives the athletes some opportunities to pick-and-choose the work they are doing.

“The set allows us to mix all our swimmers together; IM’ers, stroke or even freestyle, for those kids that are unable to do another stroke,” says Walden.

As you will see, the swim practice is also great for overall leg conditioning, with an increasing effort load on the legs through the round and the set.

“We are trying to create the ability to ‘come home’ fast using their legs to achieve the increase of speed,” adds Walden.

Here is the BAC swimmers putting in work on the set:

A big thank you to Coach Drew for taking the time to send over this set, and his head age group coach Jacob Johnson for putting together the video.

36 Ultimate Practices for Competitive Swimmers. Our ever-growing list of workouts and sets for the enterprising swimmer. Whether you are a distance swimmer, sprinter, or want to improve your kick, it’s all here.

Ryan Lochte’s “Brutal” Individual Medley Set. Need some work on your 400 IM? This 3,200m set that Lochte did in long course meters will push you to the limit and back.

Get in Shape Fast with this Workout from Olympic Coach Ray Benecki. Wanna level up your conditioning in the pool? Unleash some early season distance work with this practice courtesy of Ray Benecki, head coach of the FISH and two-time Olympian Kate Ziegler’s former coach.