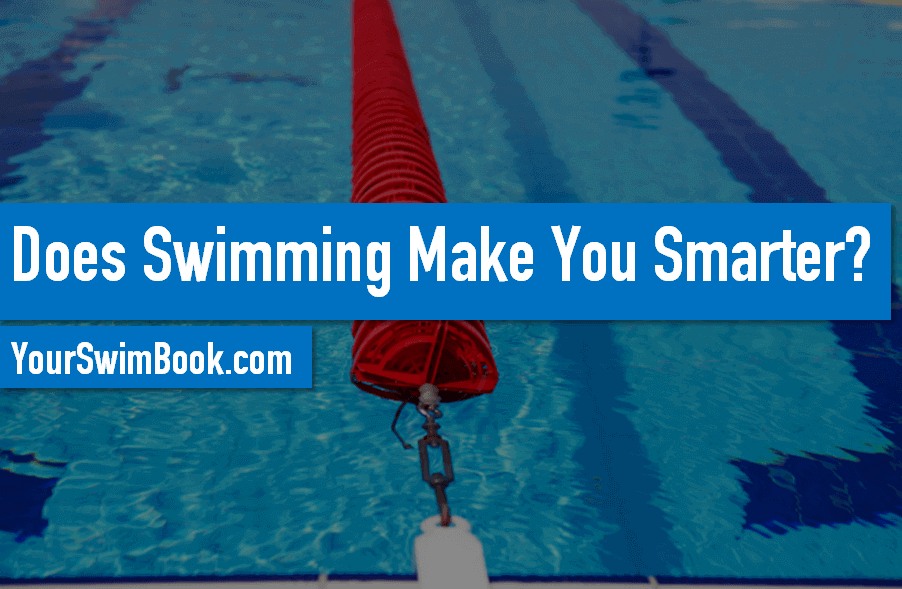 Anecdotally, we like to think that swimming makes us at least somewhat smarter.

One look at the whiteboard at most practices and the unknowing passerby could easily mistake one of our workouts for a Fourier equation.

On top of the avalanche of brackets, shorthand and staggered intervals that litters the workout, and the laundry list of physical health benefits of lap swimming, there is also the constant mental processing we are doing over the course of our practice.

Mid-swim we are usually counting strokes, counting fly kicks off the wall, breathing patterns, while also keeping an eye on the pace clock and determining how fast we went out, versus how fast we need to get back.

All of that race-splitting, counting, dividing, and extended bouts of focus required over the course of long workouts can’t not make us smarter, right?

While the evidence for more experienced swimmers is still left to anecdotal and gut feeling, research done on younger swimmers showed that toddlers who get into learn to swim programs earlier than their peers do see significant improvements in motor skill development.

A three year study based out of Australia that followed some 7,000 five and unders from Australia, New Zealand and the United States showed that children who began swimming lessons earlier were more advanced in motor skills—sometimes as far ahead as two years advanced of where “normal” kids ranked and physical milestones.

As well as achieving physical milestones faster, children also scored significantly better in visual-motor skills such as cutting paper, colouring in and drawing lines and shapes, and many mathematically-related tasks. Their oral expression was also better as well as in the general areas of literacy and numeracy.

It goes without saying that these types of skills are massively important and valuable as these youngsters shift into school.

Additionally, it showed that there were significant differences between the swimmer group and the non-swimmer that was indifferent to the family’s socioeconomic status.

“It’s been a dream of mine for a long, long time to prove that children who start lessons early, it builds their social, emotional, physical and intellectual capital. They’re smarter, they’re better coordinated, all those things.”

The Takeaway for Clubs

For a sport that has a hard time differentiating itself from the major sports (football, etc. in the US, hockey in Canada), this is an easy sell for local swimming clubs that are looking to swell the grassroots level of the organization.

Touting this research as proof that kids can get a head start in life via swimming lessons is an easy way to promote the benefits of the sport to the local community.

With major swimming organizations– particularly USA Swimming with it’s #funnestsport campaign– touting the joyous benefits of the sport, they should also remind parents that it can also be the #smartestsport.