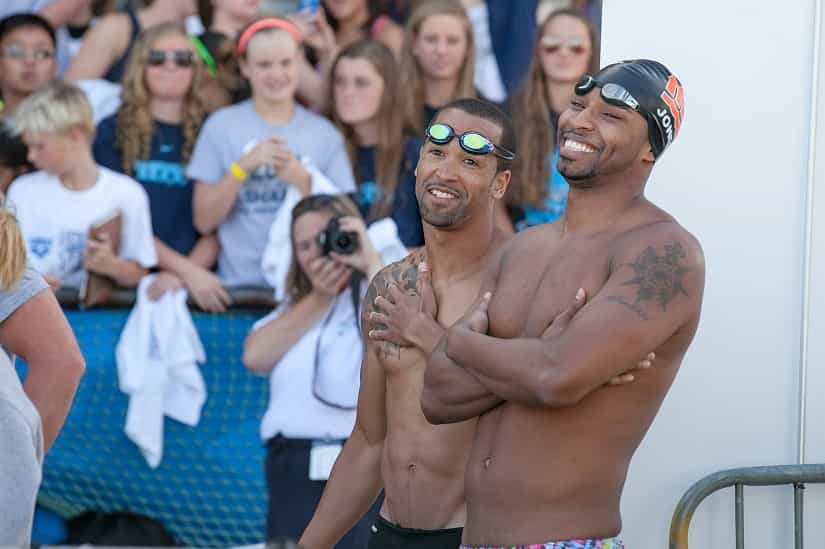 Sure, the holidays are a couple months off still. But that doesn’t mean that the swimmer in your life isn’t already starting to think about what they are hoping to have land under the Christmas tree.

Here are a few gift ideas for swimmers for you parents and coaches out there:

1. An extra day of rest. If only Sunday had 48 hours in it. I feel like that would be a worthy petition to start. Think of all the naps. The eating. And the naps.

2. Their own lane. “Okay guys, we are going to go 2.5 seconds apart!” The crush of training with 8 other swimmers in your lane might prepare you well for a swim meet warm-up, but let’s be serious, it’s not a whole lot of fun. You’re constantly on the lookout for errant swimmers and limbs, and you spend the majority of the workout riding someone else’s toes while someone is tail-gating you too.

3. A taper that goes perfectly. I peaked too early. I peaked four days after the meet. These were common explanations for a process that most swimmers view as mythical and unexplainable. The swimmer’s taper is a magical, confusing time—one day you are bouncing around as though you skulled a six-pack of Red Bulls, the next you are sore and depressed and wondering how on earth you are going to perform at the big meet.

4. Anti-fog goggles that actually work. The original myth. Sure, they may be anti-fog for the first few days. Or even a couple weeks. But the moment your sticky little thumbs get in there to wipe away an errant globule of water or sweat that anti-fog goes bye-bye. It was fun while it lasted! 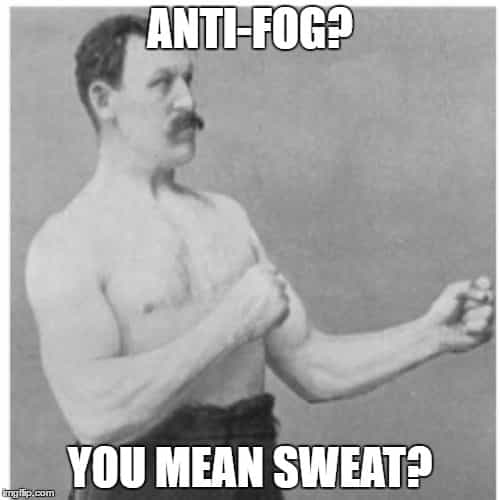 5. A tech suit that doesn’t require contortion, vaseline and a plunger to get into. Is it too much to ask for a tech suit or a jammer that is snug and doesn’t take 20 minutes, two spotters, and a whole lot of “Think thin, think thin, think thin!” to climb into? No? Fair enough. We will continue to dare to dream, however.

6. The lifeguard or coach to thump some aggressive tunes. Pump-songs for swimmers simply work. They get ya going. (“It gets the people moving!”) To have a lifeguard who decides to heck with the Aquafit class, and the lessons going on in the rest of the pool, and cranks some aggressive and highly motivating gangsterish-type music is a treat swimmers should get every day.

7. Perfect turns during our race. No matter how much we try to visualize the perfect turn it’s inevitable that during one of the first races of the big meet you are going to completely duff one of them. Either you get over-excited and turn half a body length too early, forcing you to do a toes-only push-off, or you go in way too close and graze the wall with your butt.

8. Starts and turns every day. It doesn’t matter that we already do a kajillion turns over the course of our swim practice. To really focus on doing our turns absolutely perfectly we can’t be distracted by other things…like swimming. And so, coach, all we ask is for half an hour per practice in the shallow end doing standing somersaults until we feel nauseous.

9. Custom pool temperature. Hot water during warm-up, cool water during the main set. We can put people on the moon but we can’t change the temperature in a million-gallon pool in an instant? For shame, humanity. 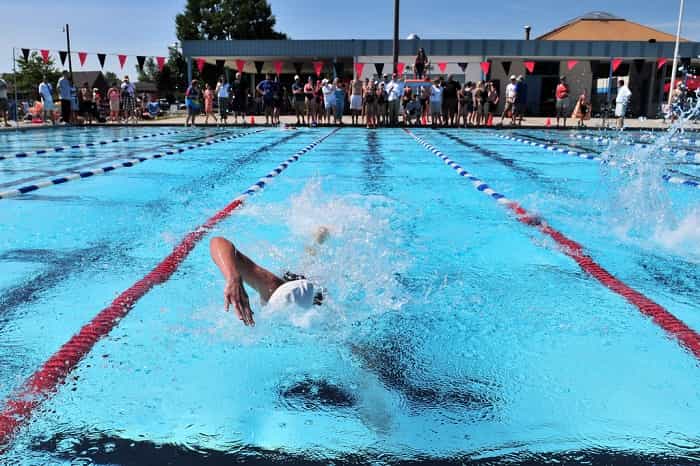 10. A pace clock that you can actually see. Leaving two seconds early or late became commonplace as our main sets carried on during my age group days. The sweeping red hand of the clock—which for whatever reason had uneven opposing hands as well—was really hard to see when those goggles got fogged up. Instead of resting “casually” for ten seconds between reps you’d be hurriedly thumbing the inside of your goggles just to see that it was already time to push off again.

11. Fins that don’t cause blisters. It’s not our fault that we kick so darn hard! Or maybe our feet are the problem because we are dead-on between sizes. Or, as you could always graciously point out to coach, you simply don’t use swim training fins enough for your feet to callous-up and get used to them.

12. Taut lane ropes. Mostly so that waves don’t crash over the side, and so that the lane ropes don’t float around the pool like a lazy snake, and totally not because a taut lane rope gives us so much more power when we yank on it while swimming backstroke. That’s totally not why. Err, yeah. Nailed it.

13. Teammates that swim perfectly according to lane etiquette. Every practice where we don’t get slapped in the face by an errant hand, paddle, or ankle is a successful one. To go an entire week? A month? A season? Well, that would make for less black eyes, less scratches, and less sore wrists. Bonus!

15. Morning workouts that start an hour later. You and I both know the absolute joy that comes with waking up and seeing that you still got a good chunk of sleep available to you. Now imagine that you could get an extra hour of sleep before morning practice…all the time. That is the world I want to live in.

16. A big, stinky PB. A couple tenths or hundredths? Nah, what we want, what we really really want, is to take our best time and crush it. To drop a second on a 50. Dip below that big milestone—1 minute in a 100m race for instance—that gives us the pride and satisfaction of knowing all of that hard work was super worth it.