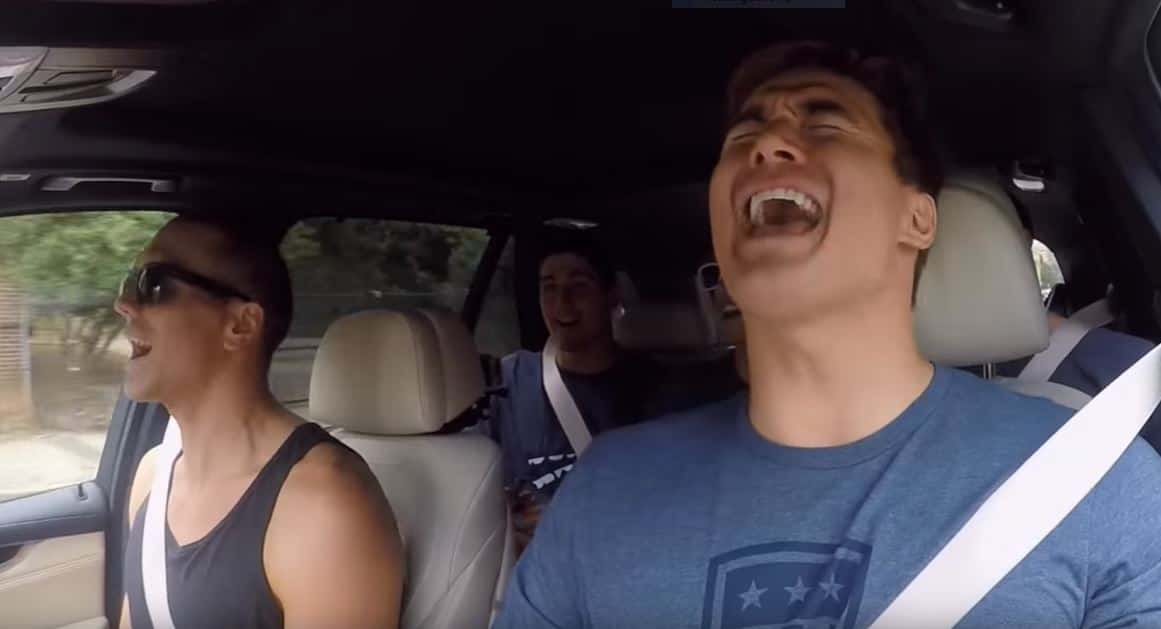 You just knew it was coming.

And even though Michael Phelps played coy when asked about it on his series of Facebook live videos, we all had a feeling something was coming.

Following up on the 2012 viral smash “Call Me Maybe” lip sync was going to be tough. The video launched swimmers like Missy Franklin into the public consciousness long before her four gold medals in London.

In a play on “The Late, Late Show with James Corden” and his wildly popular “Carpool Karaoke” series the 2016 team get together to karaoke a series of songs while they cruise around Atlanta.

They are all there. Katie Ledecky, Michael Phelps (fielding a call from his mom mid-video),Ryan Lochte, Elizabeth Biesel, Josh Prenot, Anthony Ervin, Conor Dwyer and all the rest.

Below is the video, that was produced by one of USA Swimming’s high performance consultants Russell Mark (who we also collaborated with on our flagship underwater dolphin kick guide).

Nathan Adrian’s Start is Utterly Devastating (Video). One of the fastest swimmers in the world shows his start and dolphin kicks in slow motion. Learn from the best.

This Is What Swimming a 50m Freestyle in :13 Seconds Looks Like. Join the sprint dogs at Auburn to see what it looks like to perform a 50m freestyle 8 seconds faster than the current world record.