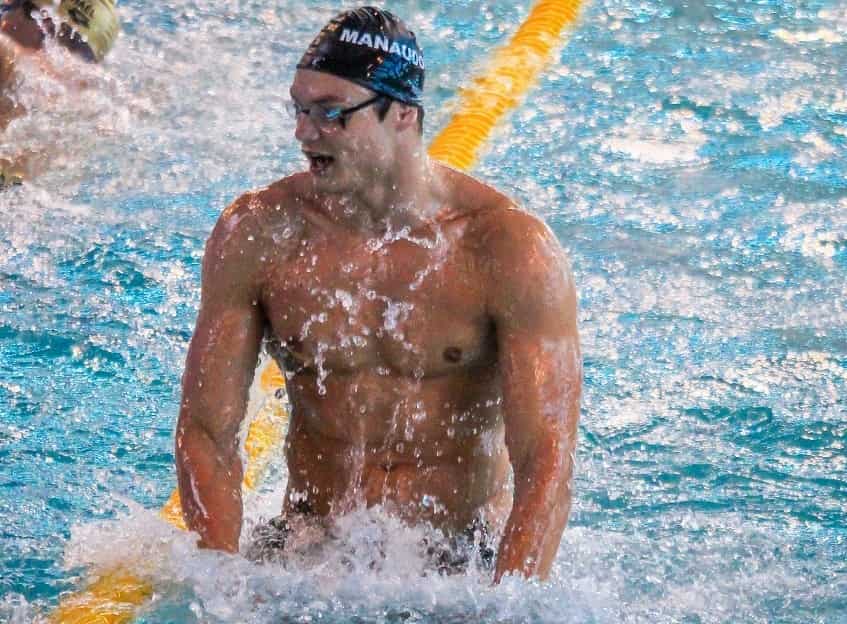 Hardly a day goes by that I don’t receive an email from a young swimmer looking for the secret recipe to developing an unstoppable underwater dolphin kick.

The “secret” isn’t really all that secret…

Olympian Tom Shields made 15m underwater walls a part of his every day training, from warm-up to warm-down, doing open turns during warm-up if he had to.

The GOAT Michael Phelps used to bang out long sets of vertical kicking with a 20lb weight belt around his waist while developing his.

In other words, repetition. Lots and lots of it.

But for those who are getting the reps in, and want to take their underwater dolphin kick to the next level, and already have the ankle flexibility for fast swimming, we have some of the top strength and conditioning coaches in the NCAA with some of their favorite exercises for building a more powerful fly kick.

It’s no surprise that Olympic lifts are going to feature prominently in this little list of exercises for a faster underwater dolphin kick.

Olympic lifts are great for developing full body power, speed and awareness, and when ya think about it, it’s no different from a powerful fly kick: when done properly you recruit your upper body, core, hips, and all the way down to your toes.

Katlyn Haycock, the strength and conditioning coach for the University of Michigan’s swimming and diving program favors using power cleans as part of the lifting regimen for her athletes during their workout routines.

“I like power cleans because they allow the athlete to work coordinated movement of the lower body while having to maintain a strong and stable torso (as in the dolphin kick),” she says.

Developing more power means being able to lift more weight at a higher speed. It’s the latter part that tends to get neglected in the strength training programming with swimmers. We’ve all seen the kid who can squat or bench press all of their grandmother’s furniture but whose start and overall speed can be timed with a lap counter.

One way to develop a higher rate of force development (i.e. speed) is through plyometrics. While super helpful, if you are only doing plyometrics you are also missing on the ability to generate power or force very quickly.

That’s where Olympic lifting, and clean pulls in the particular case, come in handy, especially for those athletes new to lifting or who are nervous about going overhead with a barbell. 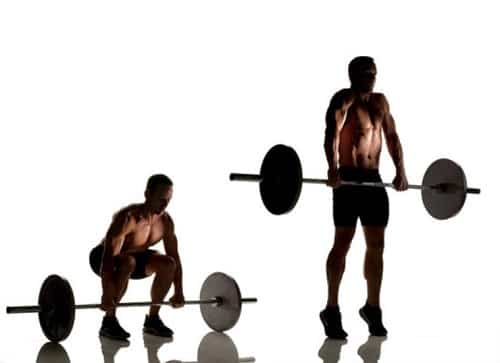 Tanna Burge, strength and conditioning specialist for the Texas A&M swimming program, likes to use clean pulls as part of her programming, and for good reason—its an explosive and highly athletic movement that is beginner-friendly.

This exercise is great for both experienced lifters as well as newbies to the gym. It is awesome for improving back strength (which will go a long way in improving your soggy posture), and that snap at the top of the movement when you fully extend your hips is shockingly similar to the extension done during a fly kick.

And best of all, it can be done at a light load, making it accessible to younger swimmers and those with a limited lifting background. 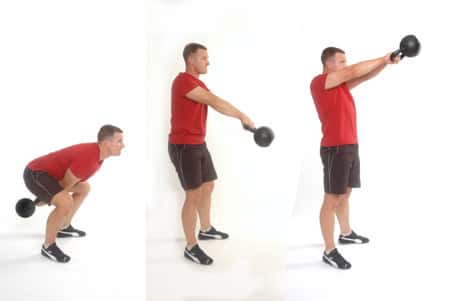 “I like the swings because they emphasize maintaining a strong and stable torso, but they are an excellent movement to promote back health as well,” notes Haycock. “This is crucial, as many swimmers experience low back pain at some point in their careers.”

You probably already know how important core strength is for swimmers. Having a strong core will help you maintain your stroke and kick when fatigued, keep you nice and streamlined in the water, and even help you ward off injury.

So it’s no wonder that your coach is feeding you a steady diet of core exercises designed for faster swimming.

One of my favorite ways to punish, err, strengthen, my core is roll-outs. The premise of the exercise is simple enough—when you roll out, using an ab roller wheel, a barbell or a swiss ball, your core goes into overdrive to keep your back from arching and collapsing. 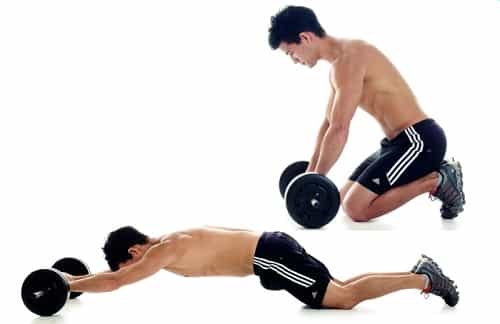 Think of them as planks on steroids. (Speaking of which, if this exercise is too hard for you start with a planking routine and build your way up to roll-outs.)

Nate Brookreson, strength coach at North Carolina State University, finds that swimmers who are having a hard time getting the most from their underwater dolphin kick don’t always have the core strength and ability to resist extension.

“We will target these issues with anti-extension exercises, including bridging variations, push-ups and roll-outs,” says Brookreson.

You knew they would make an appearance here, and for good reason: the deadlift is one of the most functional exercises out there. When it comes to developing power, speed, and improving posture, the deadlift rules.

For Burge, the deadlift features prominently in the lifting regimen of her chlorinated athletes. 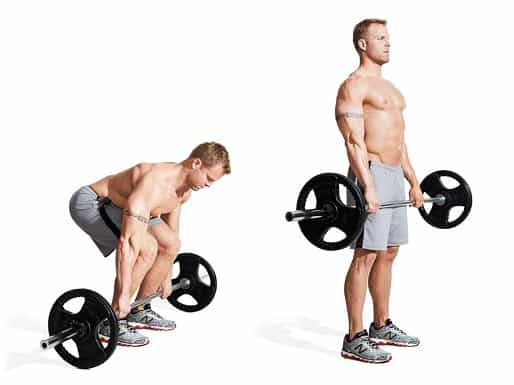 “For improving lower body strength, and ultimately improving the dolphin kick, we primarily do front squats and deadlifts,” she says.

She will also often compliment them with triple extension movements such as kettlebell swings and clean pulls to squeeze out more speed and power from the exercises.

Just like you would in the water, having proper positioning and posture when you are performing any kind of dryland, and especially weight lifting, is fundamental. Lifting properly will give you a stronger overall posture, which will help you swim more powerfully.

“One thing that I always focus on is postural alignment in all exercises and lifts that we do,” says Burge.

“We lay down a foundation beginning with breathing exercises and properly aligning the pelvis and shoulders for all movements so that the swimmers will be in an optimal position to engage and recruit the appropriate muscle groups when they lift,” she adds.

For athletes who are new to the gym this is especially important.

One study of swimmers at the University of Iowa found that half of freshman swimmers spend time injured from dryland-related activities. The authors of the paper attributed this to swimmers coming to a new program without easing into the fresh demands of dryland and weight training.

Lifting properly from day one means that you are going to spend less time injured this season, while also getting the full strength and posture benefits of your dryland program.

A special thank you to the following strength and conditioning coaches for taking the time to contribute to this article: