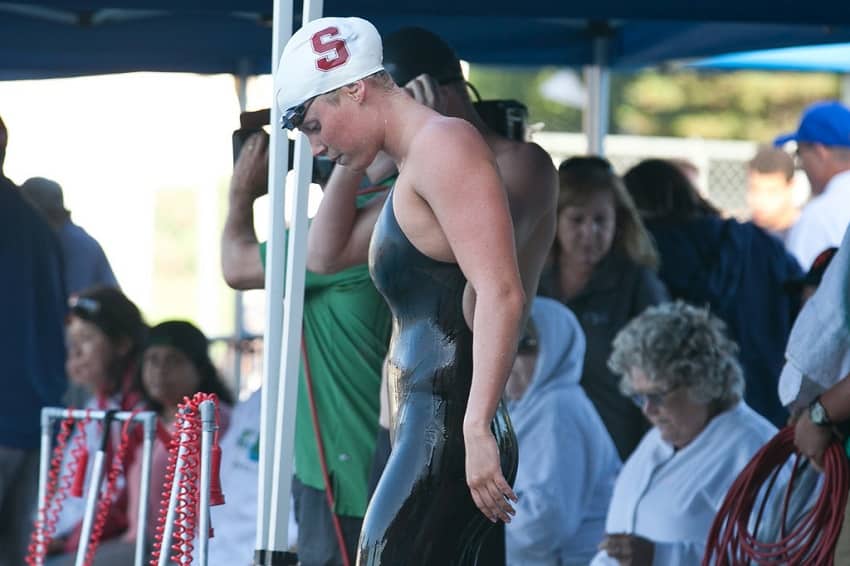 Having self-belief isn’t sitting around wishing and hoping that you were stronger mentally. You can develop your self-belief just like a muscle. Here’s how.

No one knows swimming into uncharted territory better than Katie Ledecky.

She’s broken so many records and dominated so many races over her career that it’s easy to take it for granted how great she’s already become. This greatness belies a (natural) measure of self-doubt, however.

In 2013, after she had dominated the world’s best swimmers in Barcelona at World Championships, she sat down with her coach Bruce Gemmell to discuss goals for the rest of the quad. 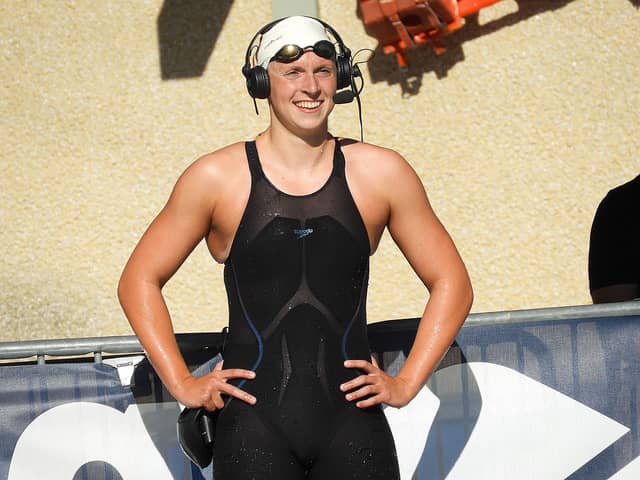 Ledecky’s goals were audacious, with Ledecky acknowledging that knowing someone else believed in these things too made a difference:

“I always rely on him to help set my goals, because you never know what’s possible unless you hear somebody else say it,” said Ledecky after her epic Rio performance.

Ledecky’s success is rooted in a variety of factors, from having supportive parents, great coaches, to “some” natural born talent.

Far and away her best asset, according to Gemmell, is her work ethic and self-belief.

“There are days she fails catastrophically,” he said. “She fails in practice more than anybody in her [training] group, because she’ll start out like, ‘This is the pace I need to swim in the race, so I need to replicate it in practice.’ And she’ll go six repeats like that, and the tank goes empty and she just falls off. But you know what? She’ll come back the next day and try it again. And on the third day, she’ll nail it. And she’s been doing this since the first day I walked on the deck with her.”

This kind of repeated willingness to fail without a loss of enthusiasm comes from Ledecky’s strong sense of self-belief.

She believes in herself, believes in the process, and knows that as long as she shows up and works hard that good things will happen.

How Swimmers Can Improve Their Self-Belief

You can work at self-belief.

Although we tend to treat it as something mystical, and as something swimmers are either gifted with or not, you can cultivate and sharpen your belief with a little bit of consistent work. 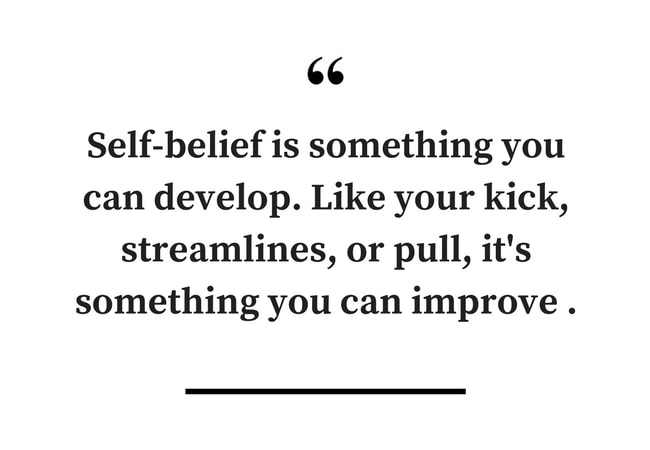 Like a muscle, belief in what you are doing, in your process, and your hilariously ambitious goals is something you can strengthen.

Here are some quick ideas you can use to get the self-belief ball rolling:

The big thing with self-belief is consistency.

Self-belief is built up over time with repetition. Its power comes in the accumulation of those little moments where you decide to act in a manner that develops it.

You might not notice the effects of your strengthened self-belief right away, and the change may happen so slowly that it’s imperceptible, but at some point…

Maybe not next week, or next month even…

But at some point, it will happen…

And you’ll be able to look back and see how far you’ve come, and how powerful your self-belief and confidence have become.

Frustrated with inconsistent performances in training and competition?