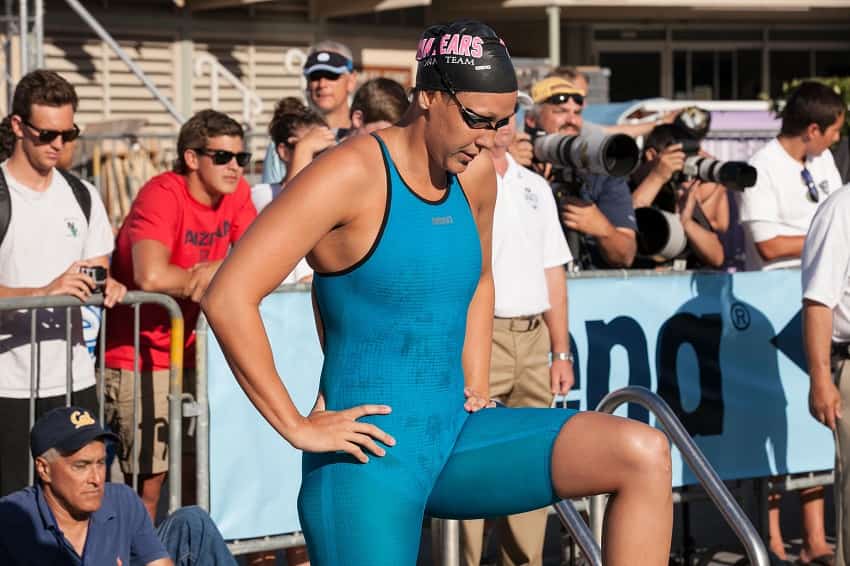 The environment we build around ourselves has a profound impact on our swimming. Here is how to bring more greatness into your swimming (and life) when you are the fastest swimmer on the team.

Greatness by definition is a lonely endeavor. You work hard when no one else will, do the right things when coach isn’t watching, and dream endlessly at night about the work and glory to come. The nature of excellence requires you to carve out a unique path.

And you know what makes it harder?

Training with swimmers who harbor no such intentions. Having a coach who is disinterested. Peers who are unsupportive.

Success is hard enough as it is. So how do we stay motivated and continue to grind through the process when our environment shows no signs of wanting to be great?

Staying Motivated in an Uninspiring Environment

When I was 13 years old I experienced a serious crisis of confidence.

The year before I had topped the national rankings in two events as a 12-year old. I had finished the summer training with a world-class organization out of a world-class set of facilities that regularly sent swimmers to the Olympics.

It was impossible to be in that environment and not see vast and ambitious opportunity ahead.

That fall my sister and I moved to small town club that trained out of a dark, over-crowded 6-lane pool. While there was promising talent on the team (one would later make the Olympic team and medal at Worlds), the coach at the time had his own way of doing things.

He coached because it was convenient and it was a fun and easy second job. There was no periodization, he made up workouts as he went along, and he didn’t believe in tapering swimmers. Which meant we were doing some serious volume right up to all of our biggest meets of the year.

That year, despite the insane yardage, I barely improved.

And as you can guess, as the year dragged on my confidence consequently shattered.

Surround Yourself with Excellence

One of the things that stand out the most from that year—besides having to run a 10k the eve of our end-of-year meet—was the amount of times I read Mark Tewksbury’s “Visions of Excellence.”

Tewksbury, a two-time Olympian, had won Olympic gold in the 100m backstroke at the 1992 Barcelona Games. In the book he detailed his journey from a young swimmer to those fateful days in Spain where he would dethrone world record holder Jeff Rouse.

He talked about everything that had gone into his journey.

All of the extra work he had done in preparing for his race, including working with a national level synchro coach to help him improve his underwater dolphin kick. How he used visualization to keep him calm and focused in the pressure-packed moments before big races.

I must have read that book about 15 times that year. When it came out on audio book I managed to get my hands on that and would listen to it when I laid in bed at night trying to forget the misery of how training was going.

Reading and hearing about how Tewksbury had persevered his own struggles, what he had done that was above and beyond in order to be successful, helped to keep me motivated and focused through that year.

What I was unknowingly doing at that point went beyond just motivating myself. It was about reminding myself what it took to be successful. That if I wanted greatness for myself that I couldn’t quit. And in a small but powerful way the words were providing a glimpse into the environment of greatness.

Remember: excellence, just like its counter-part—mediocrity, is highly contagious.

There Is Greatness Around You

It can be easy to say that because we swim with a slow group, have a crappy coach or unsupportive people in our lives that greatness is not for us. That we should be resigned to mediocrity.

But it’s on you to surround yourself with awesomeness.

Seek out the influencers who exude this quality, who have demonstrated it in the past, and read about their successes and struggles. I promise you that their journeys will inspire you in some measure.

Nowadays you don’t need to read a full book to see greatness in action. You can just hop onto YouTube and watch it over and over again. It’s hard to watch Jason Lezak come back against the French in 2008 and not want to go to practice and swim your brains out.

If you do decide to go the book route, start with these two: