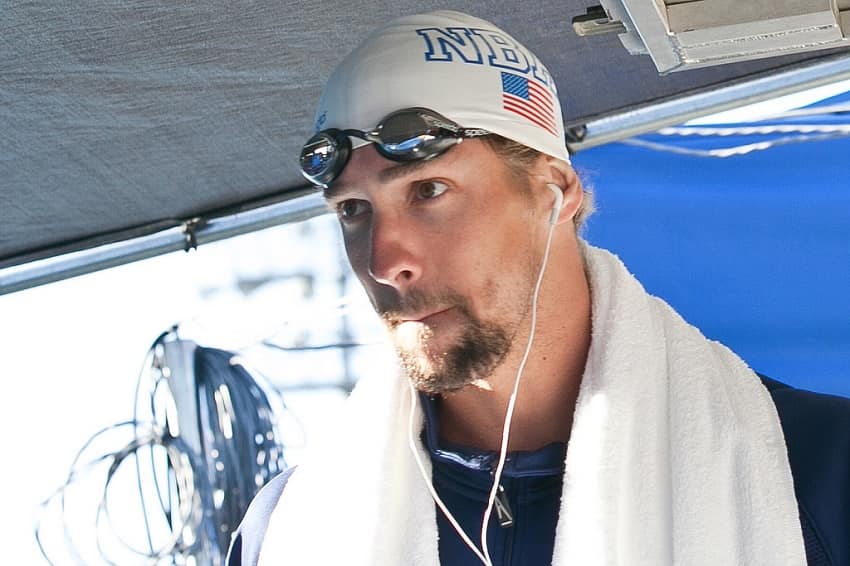 Research has shown that the self-talk we use is tied to how we end up swimming in the pool. Here is your guide to mastering this skill so that you can self-talk your way to becoming a faster swimmer.

“C’mon Jules, you got this!” Julia said.

We were neck deep in a set of descending 200’s, and already we had lost most of the group  to the tight interval. While they swam through the rest of the set at a leisurely pace, Jules and I, going head to head, pushed off for another briskly-paced 200.

“You can do it,” she said under her breath at the wall. Even though she was talking to herself, I couldn’t help but feel a little buoyed as well.

And later: “Last one Jules, bring it home!”

While other swimmers in the group had grumbled or shaken their head when the interval began to slip away, Jules had essentially coached herself to a successful outcome.

Does Your Self-Talk Matter?

Quickly consider this scenario for a moment…

If you had a trustworthy and personal cheerleader and coach each day at practice, encouraging you and helping you to push just a little bit further, reminding you that you are a certified butt-kicker, do you suppose this would improve the way you swim in the water?

Of course it would.

After all, you are the most important person you listen to. Even if it is just intuitively, you know that the things you say to yourself have a major impact. 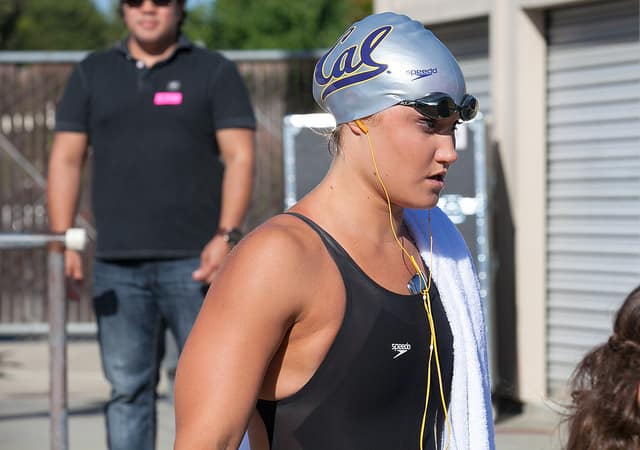 Just how much so is a bit surprising when you consider the research on the subject:

The research above reveals that the cliché you have endlessly heard over the years that “it’s mind over matter” is true.

The ultimate value in working on your self-talk is this:

The way you perform in the pool and your mental state are inextricably linked.

In other words, stop shaking your head and start coaching your way to faster swimming.

How to Use Self-Talk for Faster Swimming

Okay, so now that you understand the very real and tangible benefits of mastering the voice in your melon, it’s time to put this skill into practice.

Here are three proven ways to incorporate smarter self-talk into your swimming, regardless of whether you consider yourself the rah-rah type or not:

1. Cool down by rephrasing your self-talk.

When used effectively self-talk is great for helping us calm down when we feel ourselves getting too riled up or stressed. A simple way to chill out is by using your name or “you” when talking to yourself.

By using “you” instead of “I” you distance yourself from what’s happening and emulate the role of coach.

In this study researchers found that the difference in language between the two was stark. The “I” crowd tended to over-exaggerate the problem at hand, while the “you” group sounded far more logical.

She was basically taking the place of our swim coach with her self-talk, and by referring to herself with her name she was able to distance herself from the conflicting pull of wanting to give up on the set.

2. Use different types of self-talk for different situations.

Your self-talk toolbox is adaptable and fits the current performance needs in the water.

Instructional self-talk is handy for when you are trying to focus in on technical elements of your swimming (“High elbow! Crisp hand entry! Finish your kick!”), while motivational self-talk is there to push you through the exhaustion and get you hyped up  (“You got this! Finish hard! You can do it!”).

Research with athletes showed that when something requires precise motor movements that instructional self-talk is most effective, while when it comes to feats of strength and endurance both types of self-talk have positive effects on performance.

I can think of countless times where I used instructional self-talk (“keep your elbow up, buddy!”) in order to distract myself from the exhaustion of a particularly trying set.

This is my favorite self-talk tool, and I have used it over the years in the pool, in the classroom, at work, to do chores, and basically anything in my life that requires any type of willpower.

How many times have you found yourself getting deflated at the amount of work ahead? At the sheer enormity of all of the reps and swimming in front of you?

When you roll with “just one more…” it removes the disheartened paralysis that comes with thinking about all of the work that lays ahead. It helps you not get so flummoxed (love that word!) with all of the effort and work ahead that you psych yourself out before you even start.

The power lies in ignoring everything but the very next step. It requires you to be completely present.

The simple turn-of-phrase also gives you a way-out, a get out of jail free card, as you are “only” doing one. What’s the big deal, after all, if it’s just one?

Self-talk has a very real impact on the way you perform in the water, as the research has shown that the way you swim is highly reflective of your mental state. Something you probably already knew anyway.

Like anything else, positive and encouraging self-talk is a skill that you get better at the more you use it.

Using it regularly will help keep you calm and distant in times of stress, help you persevere during tough sets, and ultimately, become a faster swimmer.

The next time you step out on the pool deck give some of the above techniques a try and let me know how it goes.