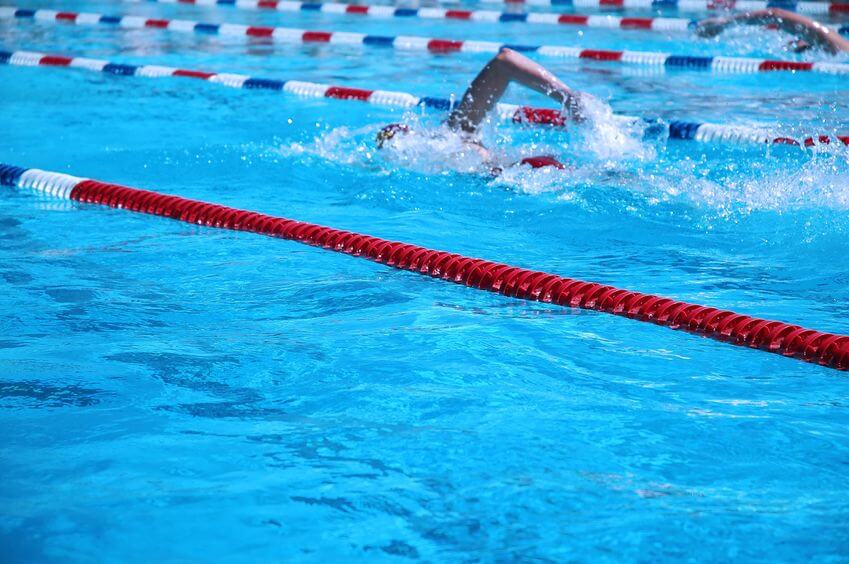 So knowing this, that our training habits fundamentally create the performances when it matters most, it would behoove swimmers to start to work on creating better and more productive habits in the pool.

But where to start? 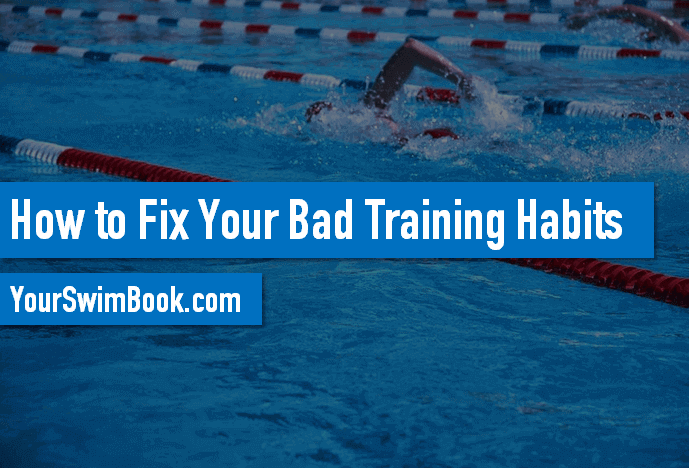 It’s easy to go crazy and write out a list of 29 different things you want to improve in the water, but often these huge lists leave us feeling overwhelmed.

And even when we do kick off down the path of smarter swimming, we create circumstances that are designed to make us fail and ultimately have us feeling underwhelmed and discouraged with the process.

Here is how to start fixing your training habits in the pool so that you can punch those best times in the face at your next meet:

Often we look at swimmers who have great workout habits and think to ourselves:

They must have superhuman levels of willpower. That’s how they do it!

As a result we figure that we need to lean exclusively on willpower to get us through those first few attempts at doing the right thing.

But then when we stumble or drop the ball on the new habit, we immediately punish ourselves mentally:

See, knew you couldn’t do it. Obviously you don’t have as much willpower as Gary, so of course you couldn’t stick with it.

Willpower is a tool that you can use, yes, but standing alone it is weak in the face of your pre-existing habits and behaviors.

Level the odds by making the environment more supportive of your goals.

If you’re trying to get into the habit of making 100% of them, make getting up at the ungodly hour of 5am as easy as possible. Lay out your gear the night before, pre-pack your bag, and put together a morning routine that increases the likelihood you will get your butt out of bed early.

Another is surrounding yourself with positive teammates and influences.

We all have those people in our lives that make building new habits more difficult. The teammate that encourages you to take shortcuts over the course of a workout. The friend who derides your goals in the pool, telling you that it is only “one practice, what’s the big deal?” Having people in your environment can make a massive difference in whether those changes stick or not.

Do everything you can to manipulate the environment so that it promotes and supports your goals.

It’s crazy to think how often we gloss over trying to make the environment more supportive of our goals and instead stubbornly lean on the fickleness of willpower.

How often have you set yourself an ambitious new habit and then found yourself a little overwhelmed by the scope and nature of the change you want to inflict?

Perhaps you recognize some of my greatest hits:

I am going to do 10 underwater dolphin kicks off of every wall, forever!

I am going to swim every stroke with absolutely perfect technique, until the end of the time!

These goals and habits are great. Well-intentioned, to be sure.

But depending on where you are starting, they can be wholly unrealistic.

If you are having trouble getting 2-3 underwater dolphin kicks off of each wall presently, and you try to level up to doing 10, than you might be able to stick to it for a little while, a few walls at least, but then what?

You miss one, and then suddenly the whole idea of habit change collapses in on itself.

See, knew I couldn’t do it!

(It’s infuriating how some of our self-talk can be indescribably not nice.)

Yes, this might drive some of you nuts, especially those who expect long term results to happen in the short term. But doing an extra two dolphin kicks per wall every day for 6 months will always trump doing 10 dolphin kicks off every wall for one week. 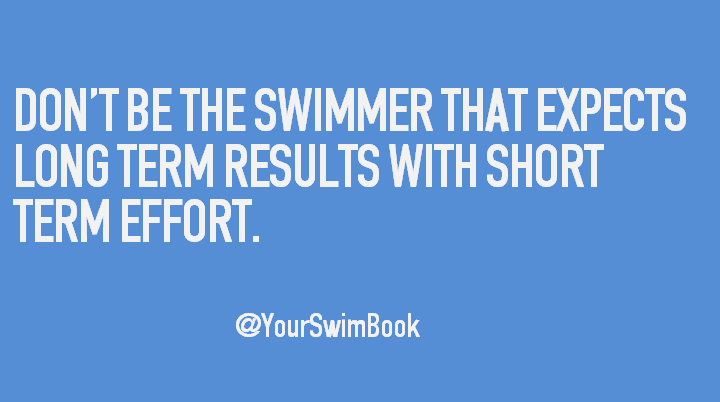 The strongest aspect of starting small, of taking tiny, but incremental steps, is that it isn’t jarring or overwhelming.

The discomfort of change isn’t so scary that the moment you stumble it doesn’t send you crashing back to earth, and as a result, it is much more sustainable.

Which transitions quite neatly into…

A habit is a weird thing.

It’s not something we create one day and then can leave to its own devices. It takes a very long time to get to the point that it is automatic (just how long depends on the difficulty of the habit change—typically over two months).

It requires commitment and attention long after we have decided to create it.

When you understand this, that habit change is an ongoing process, it should be easier to forgive yourself for the occasional screw-up.

The ultimate marker of whether someone is successful with implementing new habits isn’t how perfectly they do it, it’s how quickly they bounce back from their “ah screw it days” and get back on track.

Missing two in a row on the other hand?

That’s when you get into trouble.

Habits can be insanely powerful things. And once they are ingrained you can largely forget them.

You simply are the swimmer that show up and works hard every day.

You are simply the athlete who makes better food choices when out with your friends.

You are simply are the swimmer who shows up for every morning workout.

So create an environment that supports your habits.

And stick with it after the occasional stumble.

Ready to Take Your Swimming to the Next Level?

YourSwimBook is a log book and goal setting guide designed specifically for competitive swimmers. It includes a ten month log book, comprehensive goal setting section, monthly evaluations to be filled out with your coach, and more.

Join the YourSwimBook weekly newsletter group and get motivational tips and more straight to your inbox. Sign up for free here.