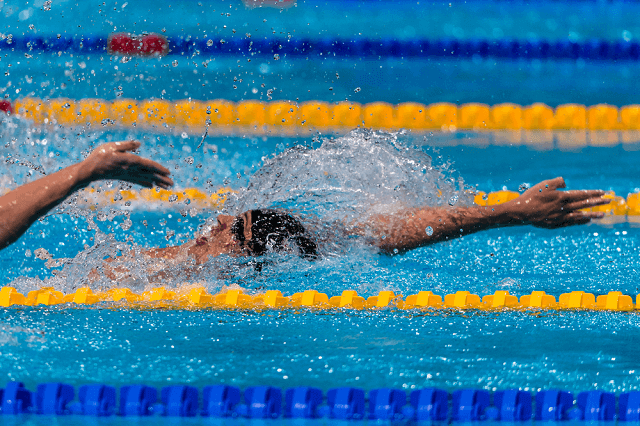 Over the years I was lucky enough to swim for a number of different coaches. From the athlete-coach, to the newspaper reader, to the engaged and curious coach, I’ve been fortunate to experience the full gamut of coach stereotypes, from the good to the great to the bad.

Through the varied experiences I viewed firsthand how various coaches employ different tactics to keep their swimmers engaged and motivated in the pool.

From the kickboard-throwers, to the quiet steely eyed dictator, to the friend-coach, the ways each coach sought to motivate us was varied and dependent on their personality.

In looking back years later, here are some of the more note worthy ways that my coaches were able to keep me engaged during those long seasons in the pool: 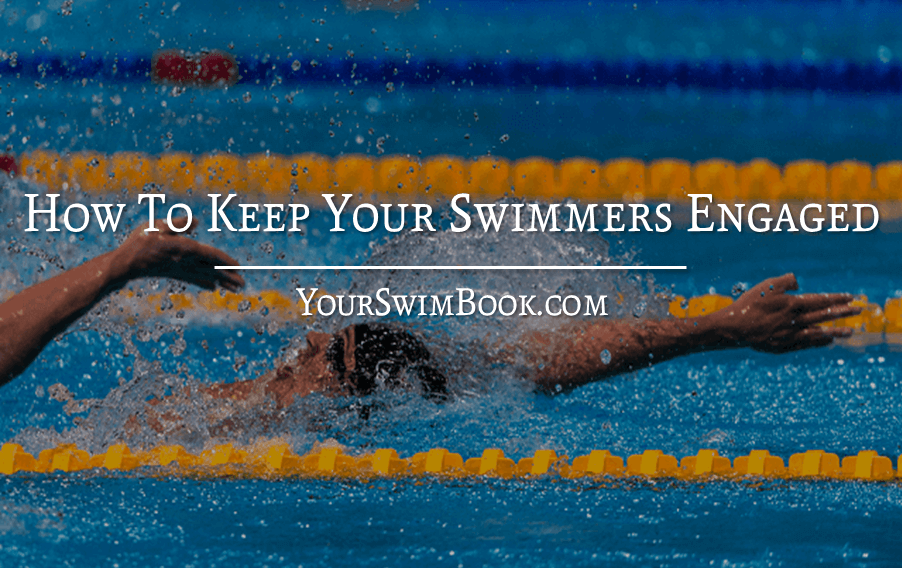 One of my favorite things in the world as a kid was the bi-monthly SWIM magazine (later known as SwimNews).

Before the days of the internet (you know, that interconnected series of tubes), the way age groupers in Canada measured themselves up against the competition was via the TAG rankings that were contained in the back to this magazine, lovingly and laboriously compiled by the late great Nick Thierry.

In it the top 25 age groupers would be broken down by event and age. You could see, plain as numbers and letters, where you held up against the best in the country.

To say that it was an endlessly motivating tool is a bit of an understatement. Nevermind that the magazine showed up so late that the rankings were often out-of-date by the time you received them, it was nevertheless massively motivating to see your name in print. 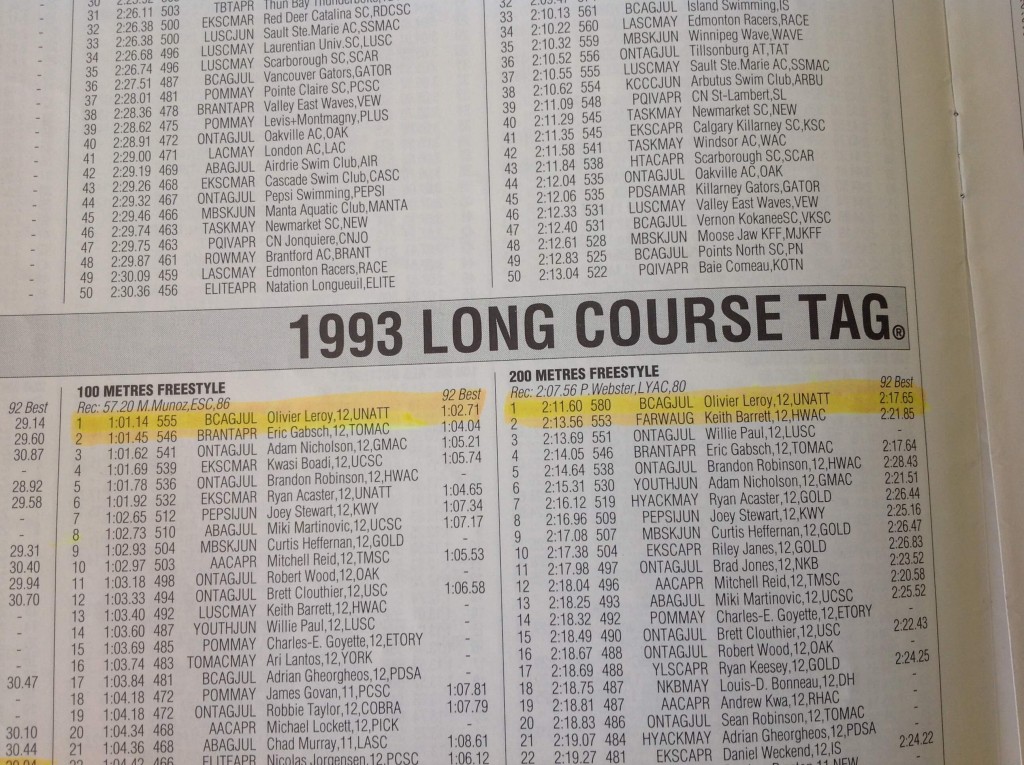 How can you do the same with your own swimmers?

Record and rank attendance. Or have your swimmers rank their effort in practice (averaged out with what you think they did), and keep a running record.

Record in-practice best times. Best times don’t have to be limited to the events performed in competition. 500 kick for time, or 25 underwater dolphin kick for time, and so on. (Take this a level further by recording stroke count as well.)

Swimming is a results based sport. We dream incessantly about achieving big things at our season-end meets, of crushing that personal best timem, and of achieving a specific placing.

An emphasis on day-to-day excellence, in taking pride in doing the small things right, is what leads to the big things being done right.

Touch Base With Their Goals.

Every swimmer, regardless of ability, has goals they want to see through. Whether it is just learning how to do a 200 fly without dying something fierce, making a specific cut, or pursuing the sport at its highest levels, each athlete has something they want to achieve in the water.

With the sometimes unending duration of a swim season touching base with an athlete’s goals only once—typically at the beginning of the season—isn’t enough. Consider setting up weekly check-ins where you have a 2-minute sit down with the athlete to review progress, see where they are at (mentally as well as physically), and what they need to focus on moving forward.

Give them purpose and direction, and they will provide intensity and engagement.