Ready to take your freestyle to the next level? Here are the most important things you need to know about swimming faster freestyle.

At times trying to improve our freestyle stroke can feel infuriating. We see how one swimmer does it, emulate them, and find ourselves swimming slower. Or we have coaches and instructors given us conflicting opinions on how best to do it.

Today the confusion and frustration stops.

Referencing the latest research on elite swimmers we will dive into hacking the freestyle stroke.

We’ll hit the following topics in this little guide in how to swim faster freestyle:

From the time I was a wee little tadpole I was told to use the S-pull. Drop your hand in the water, and squiggle it down your body as you pulled your body through the water.

As you progress through the ranks, your shoulders get stronger, and your conditioning improves, you find yourself wading into straight, deep-pull territory.

So which one should you be doing? 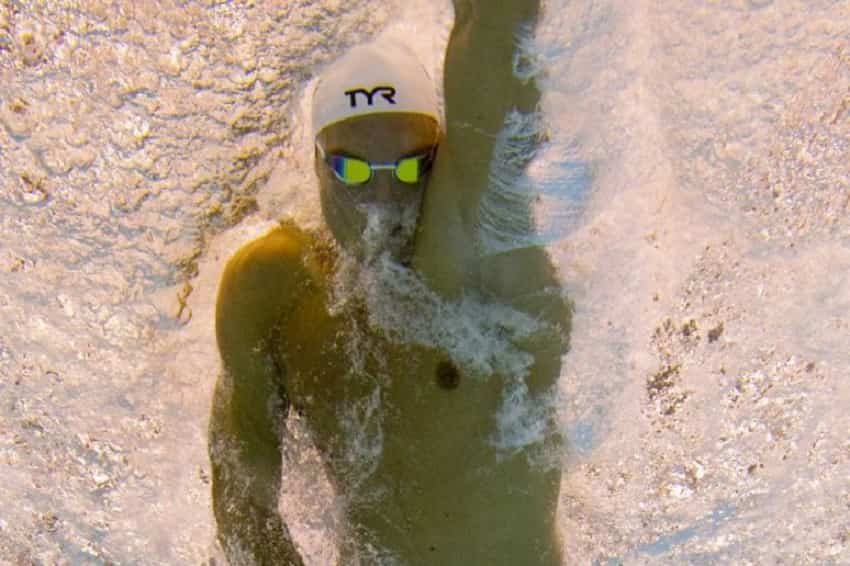 The answer depends on what kind of swimming you are doing.

Research headed by Dr. Rajat Mittal, a mechanical engineer at John Hopkins, showed a deep catch pulling motion was the “most efficient and most effective.”

A more recent study done by researchers in Japan and Australia confirmed these findings, while also helping to clarify things for those who assumed the straight pull was the only kind of freestyle pulling motion they should focus on.

As it turns out, what kind of pulling motion you use is dependent on your event.

What they found was that the S-stroke motion was better suited for longer bouts of swimming, where efficiency of effort is the goal, whereas the deep catch is ideal for the sprint events where the priority is max power and speed.

The S-stroke is ideal for middle and distance swimmers.

The shallow pull creates less frontal drag, and it is easier on our shoulders and for long and middle distance swimmer far more efficient in terms of energy expenditure.

Which makes sense if you think about it—when you get tired your arm and hand reverts to the “easiest” way to swim, meaning that your hand begins to slide outwards and into a sculling motion.

The deep and straight pull is best for the sprints.

For raw, unbridled power and speed you want a deep, straight pull. As the two studies showed, while more effective, this kind of pull is more taxing and should be used for shorter races.

What kind of arm recovery should I use? Straight arm or bent elbow?

Again, the difference between choice of arm recovery seems to boil down to event length.

Straight arm freestyle isn’t all that new—Janet Evans wind-milled her way to 400 and 800m freestyle golds at the 1988 Seoul Olympics—but it certainly has grown widespread in recent years. If you go to a local age group a majority if not all of the swimmers in the drop-dead sprints go with a straight arm recovery.

The straight arm works well for sprinters as it forces the need for a high level of body rotation, which powers an aggressive hand entry and a high tempo stroke rate. Florent Manaudou’s exceptionally high rate windmill freestyle is a great example.

This type of arm recovery can be used tactically as well.

Nathan Adrian uses a straight arm recovery in the last 10m of his 100m freestyle race as this kind of swim stroke, when used the way he does it, helps him keep his stroke rate going at the end of the race when fatigue is starting to really set in.

The main drawback of the straight-arm recovery is that it requires a lot of strength and energy to perform, so it is only really usable during the shorter races.

On the other hand, sprinters like Anthony Ervin and sprint czar Alexander Popov showed that a high elbow recovery is just as effective when it comes to fast sprinting. 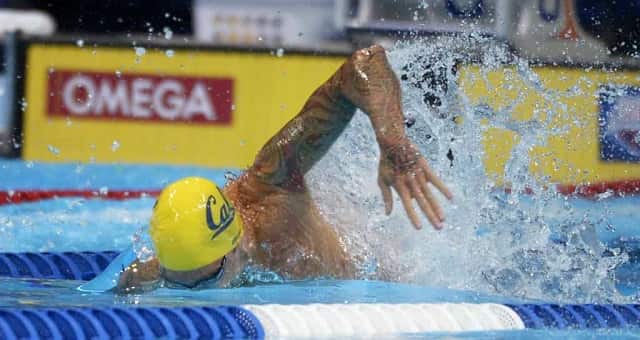 A high elbow recovery, when done properly provides a good angle for the hand entry, helping the swimmer dive their hand into the water and immediately initiating the pulling motion.

A high elbow recovery works for all distances of freestyle. It does promote a “flatter” freestyle, where there tends to be less body rotation. It’s also more efficient, as the high elbow and loose arm recovery is high on “recovery” aspect, giving you a brief respite during the stroke cycle.

At the end of the day if you are a sprinter, and you have adequate range of motion in your shoulders a straight-arm recovery can be your meal ticket, but as sprint demi-gods Ervin, Popov and many others have shown it’s not a deal-breaker.

In case you weren’t already sold on the importance of maintaining a high elbow and an early vertical forearm during the pulling motion, consider that even well-trained swimmers continue to screw up this part of the freestyle stroke motion.

In a study of 31 swimmers from the University of North Carolina researchers used cameras under and above the water and diagnosed each swimmer’s biomechanical errors while they swam freestyle.

Among the errors that even these well-trained, high level athletes were making included lifting their eyes forward to look up, bad entry angle with the hand, incorrect pulling pattern, and more.

But leading the way with over 60% was a dropped elbow during the pulling motion, meaning that for even division 1 athletes they are losing out on a lot of propulsion by not executing the front half of the pull correctly.

Trailing shortly behind was a dropped elbow during the recovery phase (53.2%), which promoted a thumbs-first hand entry and incorrect hand placement (a common technique symptom of athletes who experience swimmer’s shoulder).

Additionally, swimmers whose eyes were facing forward instead of down tended to have a pulling motion that wasn’t as efficient and effective as it could be.

Of course, there are many other aspects to developing a monster freestyle, including whether or not working on your freestyle kick is that important, best practices for unilateral or bilateral breathing, and so on.

This guide, however, covers the basics and should give you a solid foundation for developing a faster freestyle moving forward. 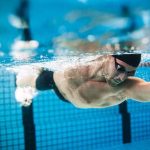