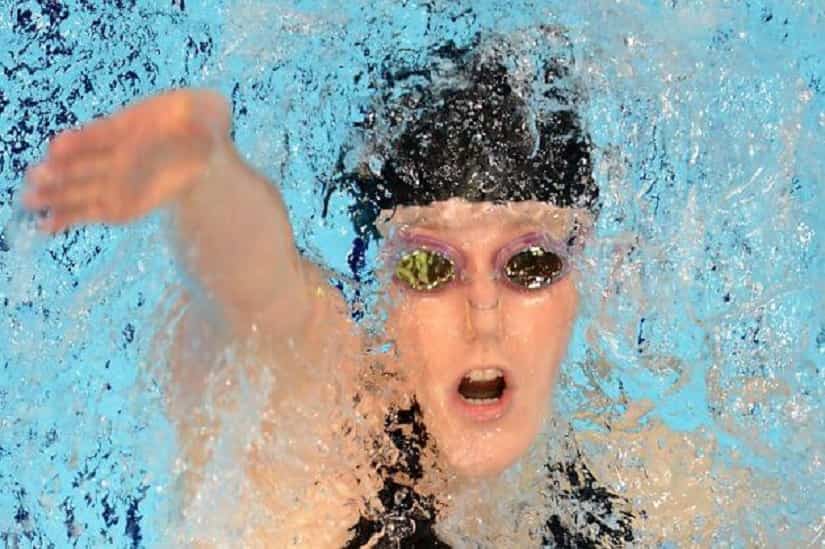 One of the dominating stories of the London Olympics in 2012 was a tall 17 year old from Colorado named Missy Franklin. Here is how a champion was made.

With her now-trademark smile and loosey-goosey attitude (exemplified in USA Swimming’s “Call Me Maybe” video that went viral prior to the Games), Missy Franklin was the breakout star of the London Olympics, winning two individual gold medals in the backstroke events—including a world record in the 200m back—and another 3 medals in the relays with her American teammates.

A year later she would make her dominance on the international swimming scene complete by winning 6 gold medals at the 2013 FINA World Championships in Barcelona. She would sweep the 100-200 backstrokes, the 200m freestyle, and figure prominently on all three gold medal winning relay winning teams.

(Her performance was perhaps only surpassed by teammate Katie Ledecky, who pummeled the world records in the 800 and 1500m freestyles, and very nearly the 400m event as well.)

After Franklin’s London performance her longtime club coach Todd Schmitz of the Colorado Stars was asked by FINA to share some of the knowledge and experience from training Franklin in the pursuit of Olympic gold. 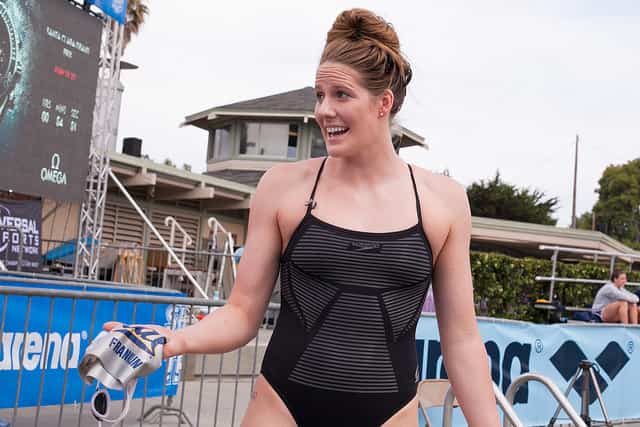 The Training of Missy Franklin

Here are some of the highlights of the presentation, as well as a couple of the swim workouts that Franklin performed —

Here are a couple of the practices that Schmitz included in the presentation as well: 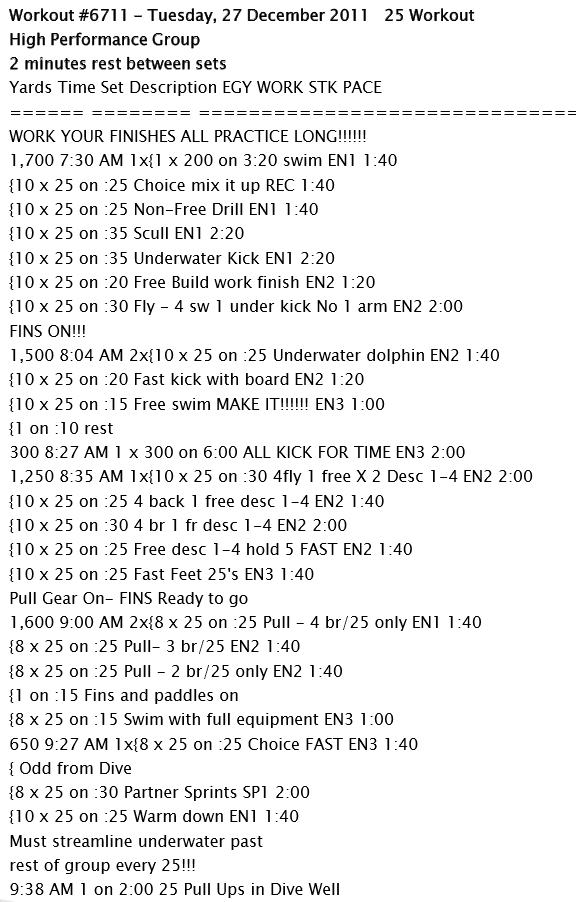 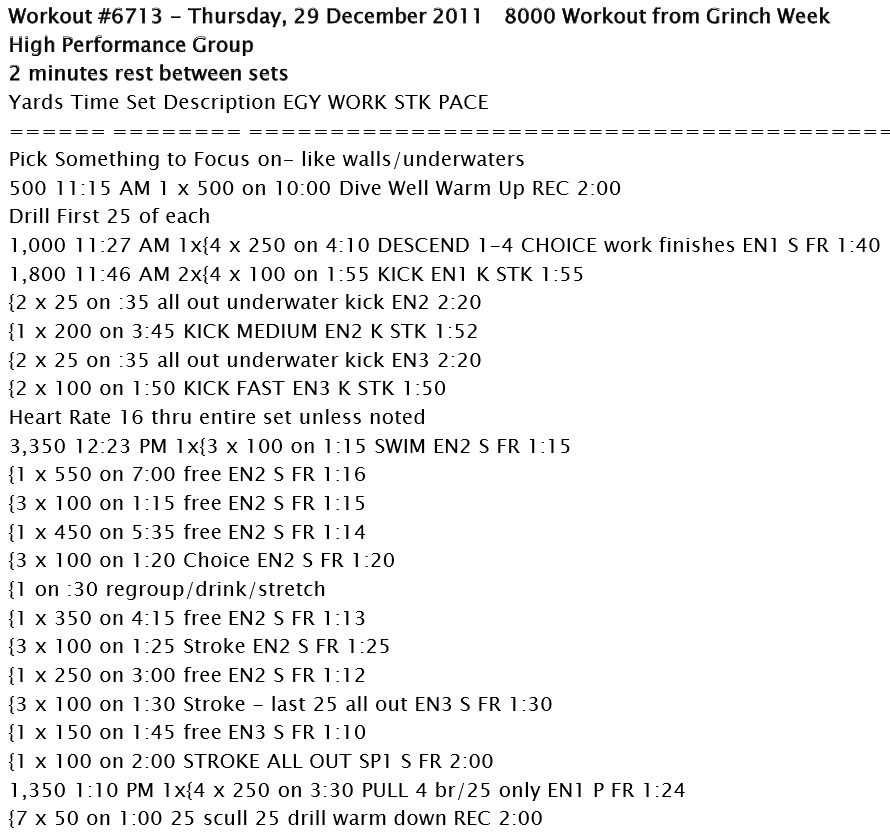 40 Ultimate Swimming Workouts. Our ever-growing list of workouts and sets from some of the top swimmers and coaches on the planet.

Missy Franklin’s Favorite Drill: The Water Bottle Balance. Want a steadier head position while doing backstroke? Try this challenging drill that will improve your body and head positioning in the water.

Book Summary: “Relentless Spirit” by Missy Franklin. In Missy Franklin’s auto-biography, written with her parents, she gives swimmers, parents, and swim coaches a behind-the-scenes look at the ups and downs that come with swimming at the top of the world.