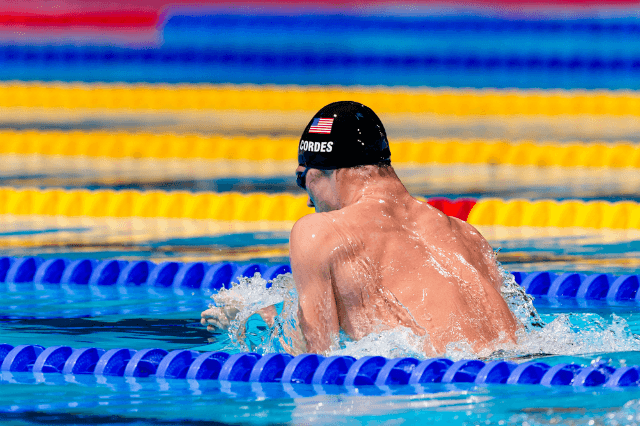 No matter what form it comes in, no matter how it is packaged, or at what time of the day it shows it’s ugly mug, it sucks. Truly. There is no disputing this.

Nobody enjoys getting DQ’d at the end of a 1500m freestyle. Or leaving early on a relay take-over. Or getting sick on the first day of the biggest meet of the year.

Some of these setbacks will be painful. They’ll last a long time in your mind, as sharp and crisp as the day it happened. But it doesn’t have to be this way. You can leverage failure — an essential cog in your own 22″ custom wheel of success — to your advantage and to propel you even faster along your journey.

1. You Learn from Failure, Not Victory.

As mentioned moments ago, stinking up the joint is part-and-parcel of the process. Failure is what makes that road to success so bumpy and crooked. The lessons we derive from setbacks aren’t always clear, and they don’t always come to us immediately. But that silver lining will show itself, it’s just a matter of how long you are willing to wait to allow it to blossom.

The ways that failure can be the greatest teacher of all are many (and will be expounded on in a future post), and include: the opportunity to reevaluate your overall plan and strategy, zeroing in on your day-to-day execution (a.k.a. consistency), crystallizes what is important, and forces you to focus on the things that you do have control over, versus expending energy in areas that you don’t.

SEE ALSO: 8 Reasons You Should Be Keeping a Swim Log

2. Differentiate Between Failure and Outright Defeat.

It’s important to understand the difference between failure and defeat. Like, mega important. The former is a part of the process, something that is instrumental to the overall journey, something that cannot be and should not be withheld or avoided, despite our desire to see none of it.

Defeat, on the other hand, is a state where failure becomes permanent. It’s where you throw in the towel completely, allowing the failure to take root and define your future actions as an athlete.

These two things, while related, do not need to be synonymous with one another. By taking a kinder view of failure, you begin to see its value to you as a swimmer. Defeat, on the other hand, is for suckas.

Take home point here is this: You are never defeated until you give up.

3. Plan for Both Success and Failure.

Understand that for no one, nowhere, has success come easily and cleanly. Nothing worthwhile that has ever been achieved was done without the occasional and sometimes frequent sting that comes with setbacks. For those that kick it at a higher level, they understand that keeping an eye on the things that could derail them is as critical as focusing on the end game.

Michael Phelps understood this better than most. He used visualization to envision his races well ahead of time. The ingenious part of what he did was to incorporate doomsday scenarios as well as the “everything goes perfectly” visualizations. He imagined all the things that could go wrong with his race, so that when something inevitably did go wrong – his goggles filled up with water during the final of the 200m butterfly at the Beijing Olympics in 2008 – he’d stay calm and focused.

[blockquote source=”Jean-Paul Sartre“]Once you hear the details of victory, it is hard to distinguish it from a defeat.[/blockquote]

4. Set Goals for Your Attitude as Well as Your PB’s.

You should always be planning for success. Whether it is a personal best time, setting a world record, or qualifying for the Junior Pan Pac team, striving for awesome results is a necessary and given part of the process. These goals act as a compass for our swimming, and help guide our day-to-day training and activities.

As necessary as they are, these result-oriented type of goals also have their limitations. While powerful and guiding, they do little to help us when crap hits the proverbial fan. We’ve all been there — despite our glorious goals, an unforeseen setback comes along and rocks our world, making us doubt our abilities, our talent, maybe even the process.

Here is an easy little hack for navigating through this emotional minefield: Instead of planning solely for results, adjust your goals so that you are also planning for a specific state of mind. Make it a goal to have a bounce back mentality, or to be brave, or to be strong in the face of uncertainty and adversity.

By focusing on what you can control (how you’re feeling and reacting), you gain power over the external events that are trying to knock you on your butt.