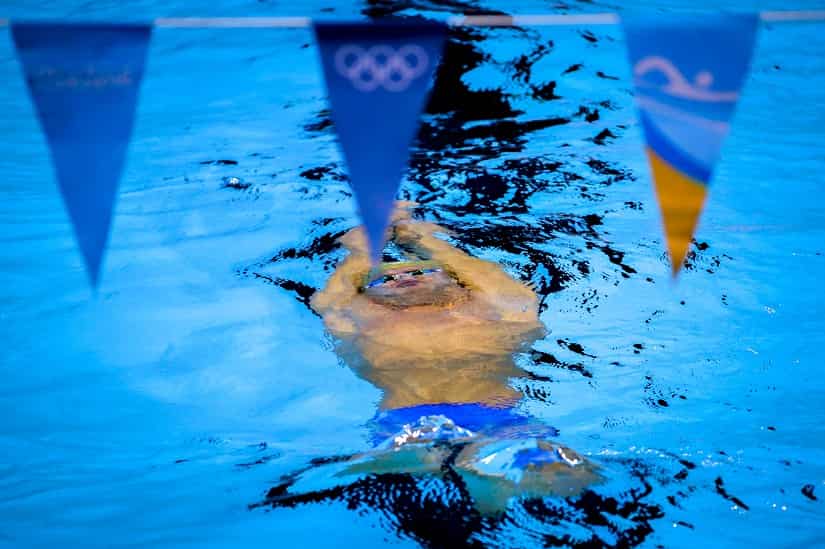 Level up your kick with this gongshow of a vertical kick workout that will leave your legs quivering and your kick much-improved.

Welp, after yesterday morning after a solid night of sleep I sat up slowly and with a sinking and churning feeling in my belly—I had tweaked my neck/bottom of my trap sleeping funny on it. That’s what happens when ya double stack pillows, I guess.

Anyhoo, having talked about the importance of being able to train around injury and being a hard worker and all that I figured I would put my mouth where my money is (or something like that), and destroy my legs at the pool regardless of how my neck was feeling.

My trusty green kick board out of the equation, and the fact that I don’t trust the local lap swimmers at the YMCA to properly follow the lane directions kicking with a swimmer’s snorkel was out too.

Might as well pound out a nasty vertical kicking session then!

If you’ve been around these parts before there is a chance that you stumbled upon the Auburn sprint set that I once did and survived, so you know I am into destroying myself in the name of amusing you guys.

The workout took just over an hour, and this is the equipment I had on hand for it:

Things I wish I had on hand:

The workout was a full-blown assault on my legs with varying levels of resistance, weight, and toys. The goal was to improve endurance, power and speed of both my freestyle and butterfly kicks. 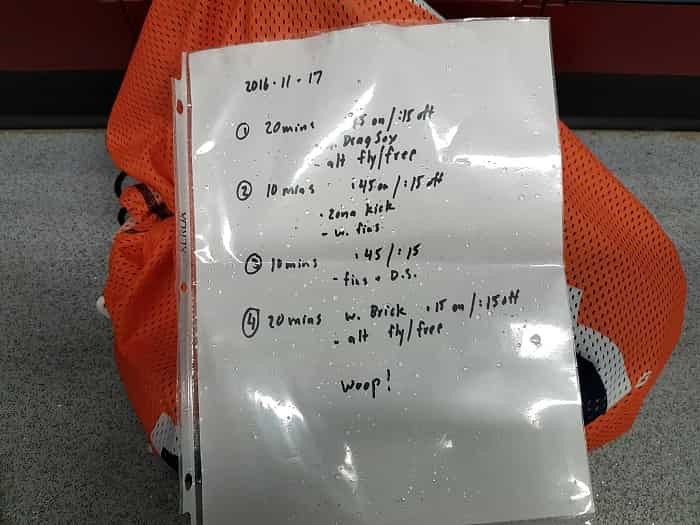 15 minute chill on the stationary bike to flush out legs.

While it didn’t leave me debilitated like the Auburn set did, I did leave the pool with a quiver in my calves, a hankering for anything that even looked like a carbohydrate, and most importantly, I had a great sleepy sleep later on with one non-neck spazzing pillow.

I’ve accumulated a ton of resources on this site, from reasons to kick more, proven ways to improve your kick, and all sorts of sets and workouts to help ya out.

Whether you are a freestyler, breaststroker, or want to master the underwater fly kick, there is a ton of stuff here to help.

Here are just some of them: