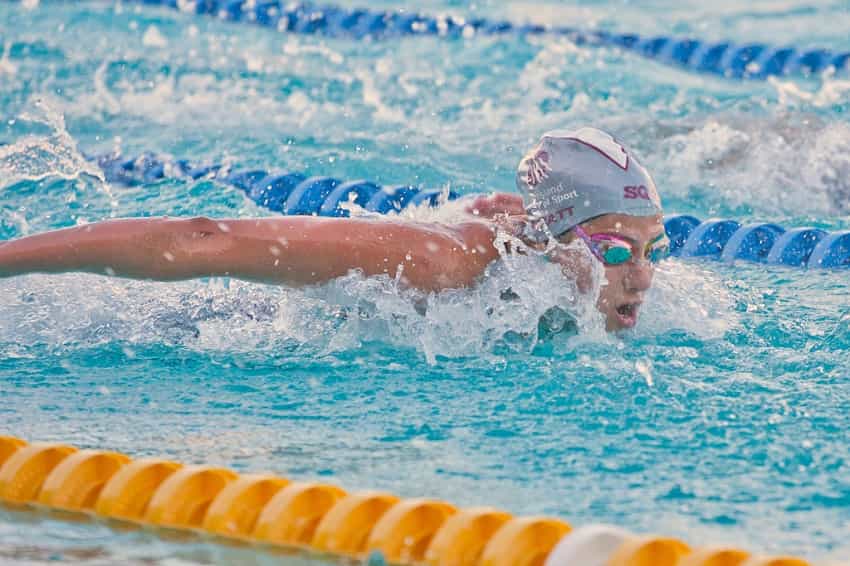 When less is more; why swimmers should be counting their strokes during swim practice.

Want an easy way to help you stay focused during those long workouts? How about something that will help you be a more streamlined and efficient swimmer?

Go watch this cringe-worthy video of how not to pace a 200 butterfly instead.

But for the rest of you, counting your strokes while at practice is a powerful way to do the things above. Best of all, you can start doing it ASAP, and it doesn’t involve much, except for like, knowing how to count.

Here are just some of the benefits of counting strokes in the pool:

Swimming isn’t a strength contest. The swimmer who can bench 900 pounds in the weight room isn’t necessarily going to be the fastest swimmer in the pool.

Swimming fast is more about overcoming the resistance that the water offers than trying to muscle your way across the length of the pool.

When you are counting your strokes you are mindful of how many strokes it takes you to perform a lap. With each and every lap you are dialed in on being as efficient as possible.

Russian sprint legend–the best freestyle sprinter in history–recently made an appearance on Brett Hawke’s podcast. They discussed Popov’s incredibly smooth and efficient freestyle, and when Hawke asked how often Popov counted his strokes during practice, Popov’s response was simple:

Want an easy way to drop a stroke or two from your lap totals? Kick out a little further on your breakouts.

One of the most common bad-bad training habits is soft streamlines and breakouts. The swimmer will coast into the wall, push off, and before breaking out will pick their head up and spread their hands out like they are Superman flying across the sky. This combo serves to slam the brakes on any of the speed they might have had coming off the wall.

Counting strokes won’t guarantee perfect walls and breakouts, but knowing that you can knock off a stroke or two with a better breakout should give you the mental kick-in-the-butt-butt to breakout like a gangster. 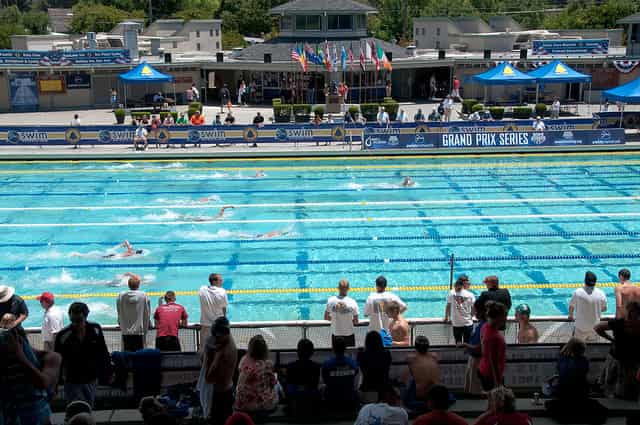 It keeps you focused on technique and form.

Your common swim practices for age groupers are not short. Typically, at least 1.5 hours, sometimes teetering on the 2+ hour mark.

It’s hard to stay completely focused for that full amount of time. Thoughts of school work, that perceived slight from one of your friends, thinking about what you are going to do on the weekend—all these start to cloud out any focus you might have had on doing the, you know, swim workout at hand.

Counting your strokes encourages focus and intention over those long bouts of training. After all, it’s a little harder to think about your weekend plans or daydream about that hottie in school when you are dialed in on your stroke count each lap.

Counting strokes become second nature after a while.

The mark of a truly elite swimmer is knowing how many strokes they take at varying speeds. They know that at cruising speed they take 24 strokes per 50m. And that at sprint speed they take 36. And so on.

Michael Phelps used his stroke count to let him know where the wall was in the 200m butterfly during the 2008 Beijing Olympics when his goggles filled up with water.

After a while you will be tallying stroke counts during warm-up and warm-down (when form and focus on technique are typically low) as well as during the main sets.

There is a point of diminishing returns, of course. If you are over-gliding just so that you can knock a couple of strokes off your SC than you are sacrificing speed and momentum while also promoting inefficient swimming. Double fail.

When you have distance per stroke dialed in that is when you ramp up the RPM.