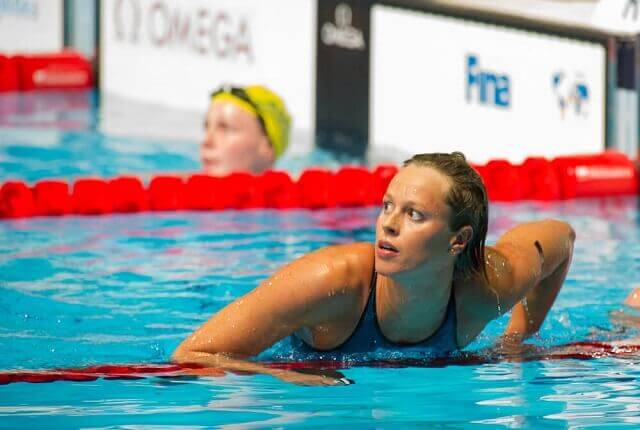 With another Olympic year in the rearview swimming was once again placed in the spotlight. Names like Ledecky, Murphy, Phelps, Sjostrom, Le Clos, Hosszu and others were on the minds and lips of a billion people for a few weeks in Rio.

The attention that comes with the sudden tornado of media attention and coverage will give local swim teams and clubs a solid shot of growth. Most recently, following the London Games the membership in USA Swimming exploded by 13% the year after the Olympics.

And while it seems like we are always talking about how to spread more awareness for the sport of swimming and how to get more people into the water, it would seem to also make sense to focus on making it more accessible and enjoyable for the athletes that are already engaged in it.

When you consider that the annual attrition rates for most swim teams is at least 35% (Gould, 1987) we begin to see that even cutting into this number slightly would result in a lot more swimmers continuing on with the sport.

Here are several of the major factors that influence whether or not a swimmer is likely to stick with the sport: 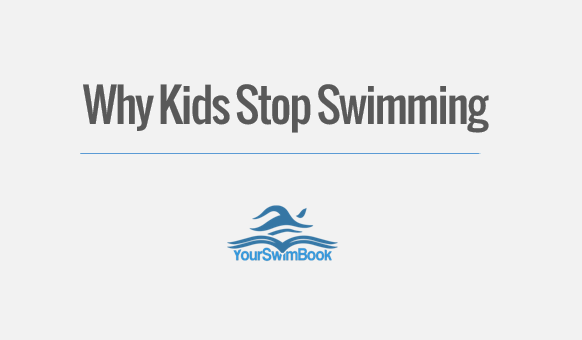 1. Interest from coach that extended beyond the pool.

It’s no secret that many swimmers have a love-hate relationship with their coach. They love the results they get from practicing, but hate the hard work and strictness that sometimes has to come with it.

But when USA Swimming surveyed a group of athletes who were still swimming, as well as a group of former swimmers, the major discriminant between the two groups was that their coach had an active interest in what the athlete was doing outside of the water.

This meant that for swimmers it’s very important to have a coach who is concerned with their academics and other activities that don’t revolve around the pool.

2. An emphasis on best times (or doing their best).

While we place such an emphasis on winning or losing in the sport, swimmers who are taught to improve their own performance and to focus on making the most of their own talents and abilities was also another a major discriminating factor between active age group swimmers and drop outs.

Things like focusing on the process, learning how to appreciate hard work, and continually pushing their own limits help fuel a focus on doing one’s best and removing expectations to outcomes or the performances of others.

The better respondents got along with their teammates, the more likely they were to stick with the sport, with comraderie that comes with training with their friends a major factor in kids continuing in the pool.

Having an atmosphere in the pool that rewards commitment, hard work, and is also an enjoyable one where they can spend time with their friends is important to swimmers.

4. Training takes up way too much time.

It should not really come as a shock to anyone that this makes the list. It was easily the most common reason cited for leaving the sport by swimmers who quit.

It’s no secret that the workload that swimmers perform at even an age group level puts many athletes at the professional level in other sports to shame.

20+ hours a week in the pool, plus dryland, in addition the course load from school doesn’t leave the typical age group swimmer with much time to do anything else.

This bleeds a little bit into the previous point about training being a big time drain, and was another common reason that former swimmers listed for dropping out.

This point is usually also the opposite of the first point about a coach being interested in what a swimmer has got going on outside of the pool; when a coach is “too strict” it usually means that other activities are forced to be sacrificed in the name of the sport.

There were also some things that didn’t necessarily make the list that was produced in the USA Swimming survey that I have seen as factors for driving kids out of the pool over the years on deck and in the pool:

6. Coaches/parents forget that it is the swimmer’s “thing.”

But over-scrutinizing a swimmer’s performance is exhausting.

Ever had a boss that was on your butt all day long, looking over your shoulder and not willing to trust you to your own devices? When parents and coaches remove that over-the-shoulder-quarterbacking and let the swimmer own their experience it becomes their thing.

They gain control and ownership of it.

Don’t rob the young swimmer of the ownership of the experience whether it was good or not so good.

If you show an aptitude for the sport at an early age you’ll be asked to do more. (After all, you “owe” your talent.)

Young athletes across all sports are being asked to specialize earlier and earlier. It’s all part of the arms race to build highly specialized super athletes from the cradle.

The added expectations and single-sport focus from an early age can lead to burnout, while also leading to injury—without a broad foundation of athleticism built up by engaging in other sports and activities they become great swimmers but not great athletes.

A variety in sport not only develops better athleticism for swimmers, but it also gives them a different avenue to stimulate themselves.

And lastly, swimming—like a lot of sports—is not cheap.

Although the temptation for outsiders to think that all it costs is cash for a swim brief and a set of goggles, when you begin to tally up club fees, travel for meets, and time spent volunteering on weekends and doing fundraising the cost becomes quite substantial.

And the higher the ambitions, the more the costs. International travel and team dues ran Missy Franklin’s parents upwards of $100,000 the year leading into the London Olympics.

While most swimmers won’t (and shouldn’t) be subjected to such costs, even having a couple young age groupers competing at different competitions on the same weekend can run you a few thousand dollars over the span of just a couple days.

It’s inevitable that the sport will lose swimmers over the course of the season.

Other activities will take precedent, other interests will show more promise, and coaching changes/pool closures and all those other random interruptions will cause the membership numbers to slip.

But by having coaches who pay a little more attention to the athlete’s goals and interests outside of the pool, promoting an environment where the athlete can succeed and perform to their best, and creating an atmosphere where they can hang out with their friends we can save at least a few of those swimmers from hanging up their swimsuit.