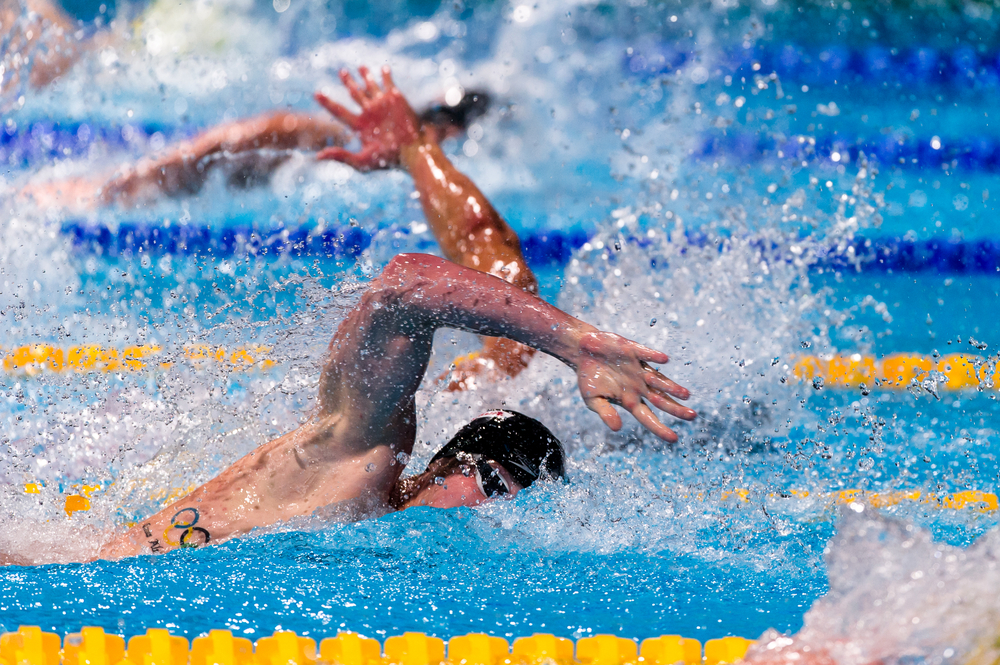 The 4x200m freestyle world record is recognized and ratified by the international swimming body for the sport of swimming, FINA. For the men this is the longest running relay competed at the Olympic level, with the race first swum at the London Games in 1908 and each subsequent Olympics.

On the women’s side this event has only been competed at the Olympics since 1996, where the hometown Americans won over the Germans and Australians.

The following is a breakdown of the world record for the 4x200m freestyle, in both SCM and LCM, for men and women.

As discussed earlier, the event is the oldest of the men’s relays at the Olympic level, with the first race in London being won by a team from the host nation, who also posted a world record in doing so – the first on record – in 10:55.6.

The Americans are not quite as dominant in the history of this event in terms of world records as either of the 4×100 relays, but they do feature prominently here, with heavyweight swimmers Mark Spitz, Don Schollander, Gary Hall Sr., John Naber, and Matt Biondi swimming on teams that typically would win gold at Olympic competitions while also setting world records.

With only two exceptions – one being the boycotted games of 1980 in Moscow, and the other being in Syndey in 2000 – the Americans have dominated this race at the Olympics.

Michael Phelps has won three of his 22 Olympic medals as part of a gold medal winning 4×200 squad, most recent of which was in London. He is also part of the world record setting team that posted one of the first sub 7 minute swims in the history of the event when they posted a 6:58.55 in Rome during the FINA World Championships.

The short course world record in the men’s 4x200m freestyle relay is currently held by the Russians, who at the 2010 FINA World Short Course Championships in Dubai swam a 6:49.04. Here is how the race was swum—

The world record history on the women’s side is not as far-reaching as the men, with the first world mark on file being swum at the European Championships in 1983 by an East German team that included Kristin Otto. (8:02.27)

The East Germans (sans Otto) would be the first to break the 8 minute mark three years later (in 7:59.23) at the FINA World Championships in Madrid, Spain, and pummel it again the following year in 7:55.47.

The current world record in long course meters for the 4×200 free is held by the Chinese, who cranked out a 7:42.08 at the FINA World Championships in the summer of 2009.

Here is how they split the race—

The short course world record in this event has been ratified since 1993, with the first and most recent holders being from China. The current record was posted in Dubai on the FINA World Cup series in 2010. Here is how the race was done—