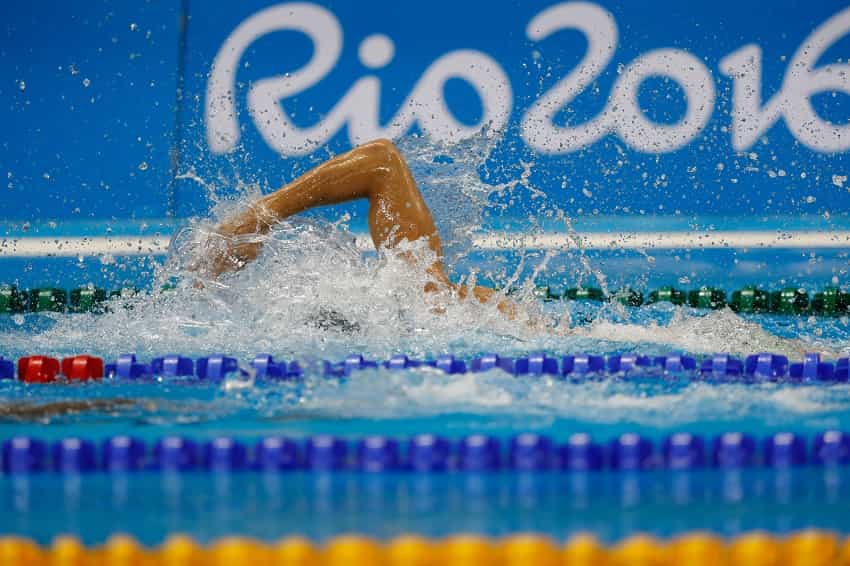 It’s a dream all swimmers have at one point, representing their country at the Olympics. But what are the odds you will actually get there? We break down the sobering statistics.

As we revel in the afterglow of a most amazing Olympic Games in Rio you can sense it…the undercurrent of frenzied excitement to set big goals in the pool.

Watching the saga unfold over a week in Brazil will light the dreams of thousands of new and experienced swimmers worldwide. With scorching motivation swimmers will step out on deck over the coming days and weeks ready to conquer the pool.

For some, the Games, and watching the top male and top female swimmers in the world will be the catalyst for their own Olympic journey down the line. In their own pre-race vignette they will look back fondly as this moment as the one where the decision to be great was ultimately made.

This surge in the sport and the inspiration is natural.

After all, the Olympics are an event of extreme prestige. Unlike many pro sports, where you have repeated attempts at going pro or making a team, and have championships year in and year out, the Games are much more cut-throat.

You get one chance, every four years.

See Also: How to Become an Olympic Champion in 3 Simple Steps

When you consider that in swimming races are often decided by hundredths of a second, you begin to understand how cruel the process can be.

Around this time of year it’s common to receive a flurry of emails from young swimmers who are perched anxiously atop a new season. With steely determination, a resolve to be their best, they reach out asking for advice on what they can do to completely maximize their chances at destroying their goals.

During an Olympic year the volume of these types of emails multiply several times over.

And it’s not just current swimmers, it’s the athletes who have been out of the water for a year, ten years, that are looking to get back into the sport they left in order to fulfill their potential and remove that nagging “what if” that sprouted up over the course of the Games.

In some form, within almost every one of the emails contains the following—

What are my chances of being at the next Olympics if I do everything right?

The Odds of Becoming an Olympic Swimmer

You probably already know that the likelihood of becoming a professional athlete is not high.

In fact, in most cases you are much more likely to win the lottery, or to get sizzled by a bolt of lightning.

According to the NCAA, your odds of being drafted by an NBA team out of university is 0.02% and going to the NFL is only slightly higher at 0.03%. And that is not including the difficulty of transitioning from high school to college, which makes the odds increase violently.

But what about swimming? Surely making the Olympic team would be a little easier?

In 2015 USA Swimming counted 362,320 swimmers registered with the organization spread out across nearly 3,000 teams. [1] This doesn’t include the summer club swimmers, the inactive swimmers, or the open water swimmers.

This summer they sent 49 swimmers to the Rio Olympics.

Wanna take a guess at what the odds are that you will make the Olympic team?

So what’s the point then?

If the odds are stacked so high against us, what is the good in wasting all that time and effort?

First, for many swimmers it’s not necessarily about making the team but about removing that feeling of not having given the sport a true effort.

Believe it or not, if you work hard, do your best and give an honest effort, you won’t be destroyed if you don’t make the team.

And secondly, swimming is about much more than winning gold medals.

And much more than you could possibly fit into 500g of metal with a ribbon around the end of it.

The Top Male Swimmers of 2016. We break down the top performances and performers of this year.

USA Swimming’s Carpool Karaoke. They are back at it again, this time unleashing nine minutes of sometimes awful swimming from awesome swimmers.